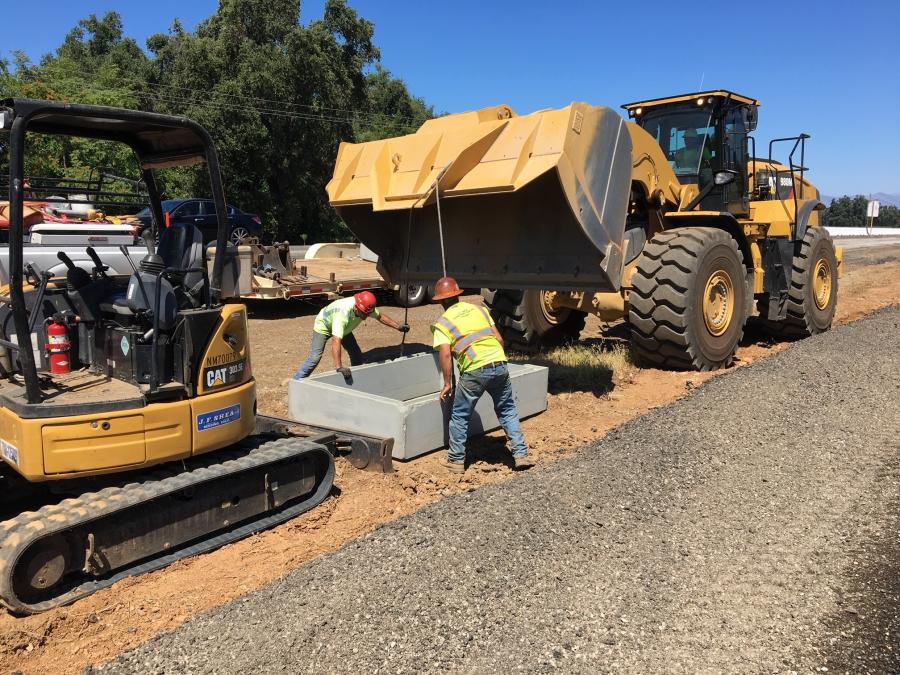 The California Department of Transportation (Caltrans) District 2 is addressing a troublesome issue that has plagued its highways for years with the Redding To Anderson Six Lane (RASL) Project on Interstate 5 (I-5) in Shasta County.

Work is already in progress on an additional northbound and southbound lane from the Deschutes Road interchange to just south of the Bonnyview/Churn Creek Road interchange, in order to transform it to a continuous, six-lane highway along an 8-mi. stretch. Construction began in 2018 on the project, estimated to cost approximately $132 million, and will continue through 2021. 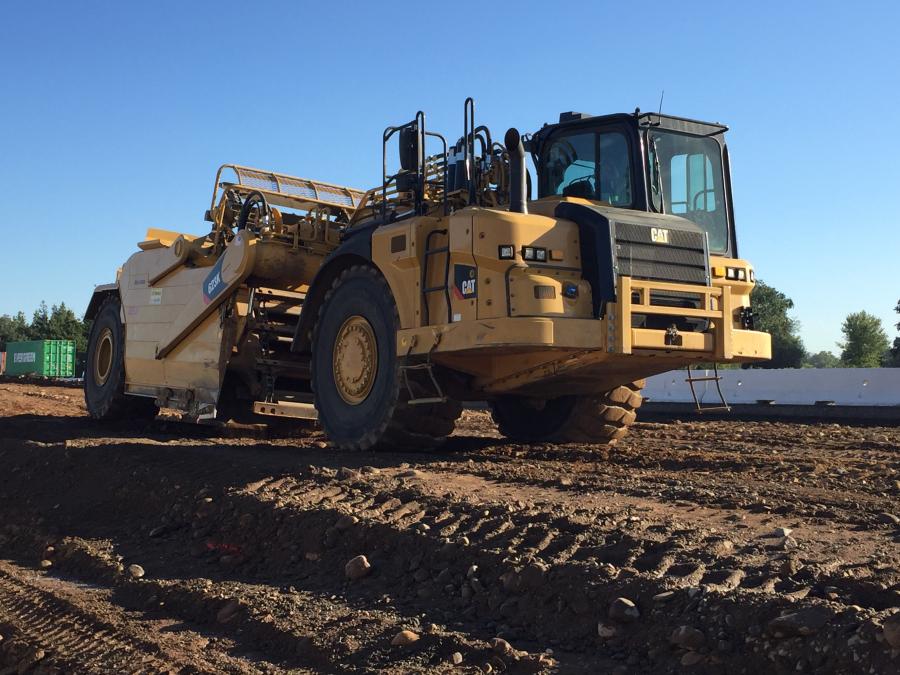 While the bulk of personnel are from the prime contractor J.F. Shea Construction Inc., other subcontractors involved include RNR for bridgework, Studebaker Brown for electrical, Mitchell Engineering for drainage, AGL Landscape for irrigation, Highway Specialty for guardrail and signs, and Apply A Line for striping.

"The number of things it takes to build a job of this size just boggles your mind," said Sean Shepard, project manager, Caltrans District 2, who also is a resident of Anderson. "We've got a fantastic team of construction professionals, engineers and technicians that execute the work, and outstanding resident engineer Henry Benner."

Shephard is a licensed professional engineer with a background in civil and structural engineering, he has worked with Caltrans since 2006.

"We are starting our second construction season right now," Shepard said. "The project is about eight miles long and the northerly five miles or so are nearly complete. The southerly three miles is where the focus is this year. There are 10 bridges involved and some really extensive construction staging is required to maintain I-5 traffic while all that is happening."

The pandemic hasn't affected work in progress, and he estimates a great majority of it will be accomplished by the end of this season.

"The contractor and Caltrans personnel have adopted social distancing and personal protection equipment is always used. Everybody is taking steps to take care of each other and keep us all safe," he said.

In the course of designing the RASL Project, the team discovered additional aspects to address because of work undertaken here. For instance, at one of the bridges at Anderson Creek, during some geotechnical boring, it was observed that the subsurface soils are subject to liquefaction in an earthquake. 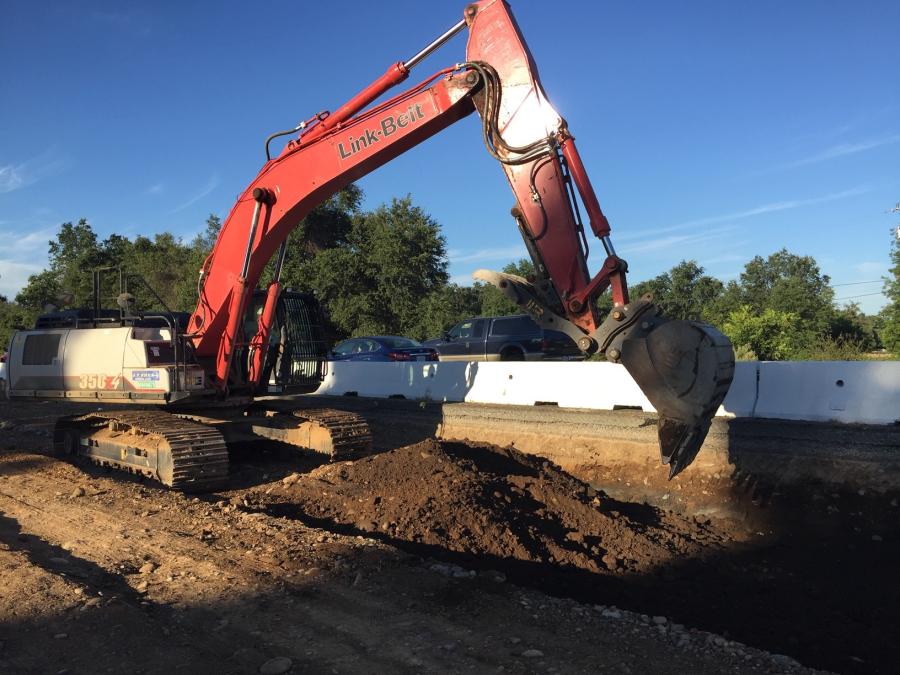 "It became apparent that the best move for long-term life cycle and cost analysis was to replace with a seismically adequate structure by current standards," said Shepard. There also are some wetlands around Anderson Creek that are protected by the construction design so as to not adversely impact the environment.

The multiyear, multiparty project brings many benefits to the area and overall highway traffic once completed. The bridges, built in the ‘60s, were not constructed to accommodate the traffic that happens through here on a daily basis. Concerns also included a number of close interchanges (on-ramps/off-ramps) resulting in a lot of merging activities.

When fully completed, not only will it offer the connectivity of six lanes along approximately 20 mi., it also will eliminate the bottleneck area, resulting in smoother operations and fewer merging conflicts and accidents. Despite the scale of the project on a busy interstate highway, inconveniences to the traveling public were limited to speed reductions in the work zones for the safety of drivers and construction professionals. Two through lanes northbound and southbound were maintained throughout construction. Moving the location of the lanes around while building different parts helped avoid any unwarranted traffic backups.

The RASL Project also is expected to assist with local community revitalization as infrastructure improvements can translate to other transportation investments in the area and spur redevelopment in neighboring parts. Per a SRTA document in 2016, more than 7,800 heavy trucks, 20,000 light vehicles, 1,500 rail freight cars and two Amtrak trains pass through this I-5 and railroad intersection daily. Traffic consists of commuters, interregional travelers, local and long-haul trucks, rail freight and passenger rail, and is projected to increase across all travel modes by approximately 50 percent in 20 years.

This large-scale rural project addresses the point where I-5 and the rail line meet. The structure does not satisfy minimum vertical and horizontal clearance requirements and supports are not adequate for a train derailment or related incidents. 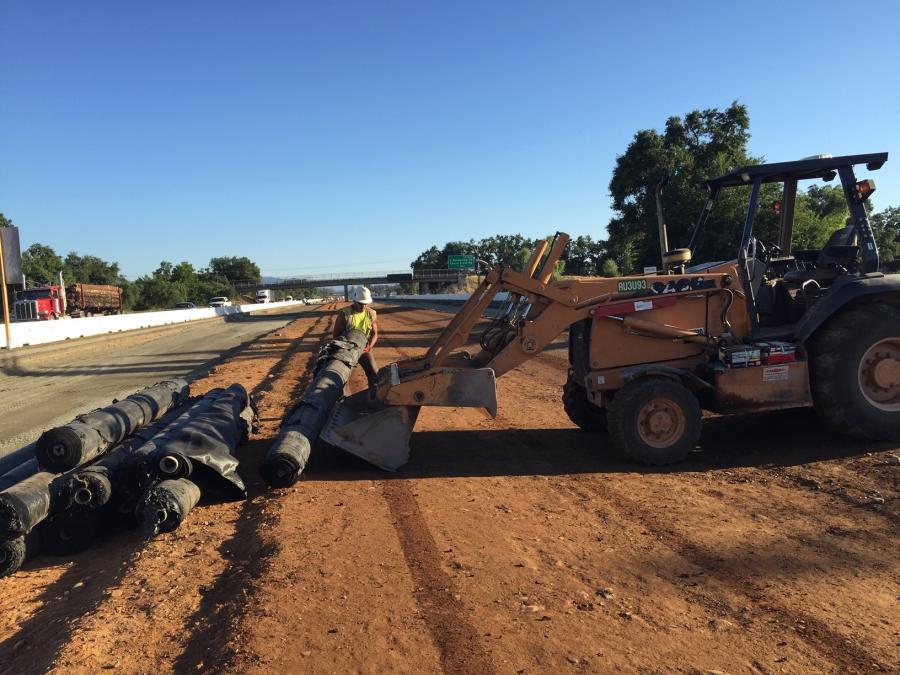 I-5 is a highly used route for trade and commuters and is part of the National Highway System (NHS). It connects west coast maritime ports and stretches all the way through from Mexico to Canada, making it the primary north-south route across the western part of the country. Ensuring regular movement along the highway while also progressing construction and ensuring safety for all parties involved is integral.

Shepard said some nighttime full closures were required to assist with construction "to allow us to use large cranes to bring in long precast concrete beams for a new bridge superstructure and set those in place. You can't have people driving right underneath when lifting things that weigh more than 100,000 pounds."

Fortunately, only a few cars were redirected to detours for a few hours of the night until lanes were opened up again for morning traffic.

The RASL Project received much local support as funding was sourced prior to its build out. Online updates on social media show consistent progress made toward the completion date.

"We all cooperated together to identify and apply for appropriate funding sources and be proactive in moving the design forward at each opportunity," said Shepard on the role of the multiple parties involved. "All that working together for those years really allowed all of us to bring this project into reality for our community." CEG