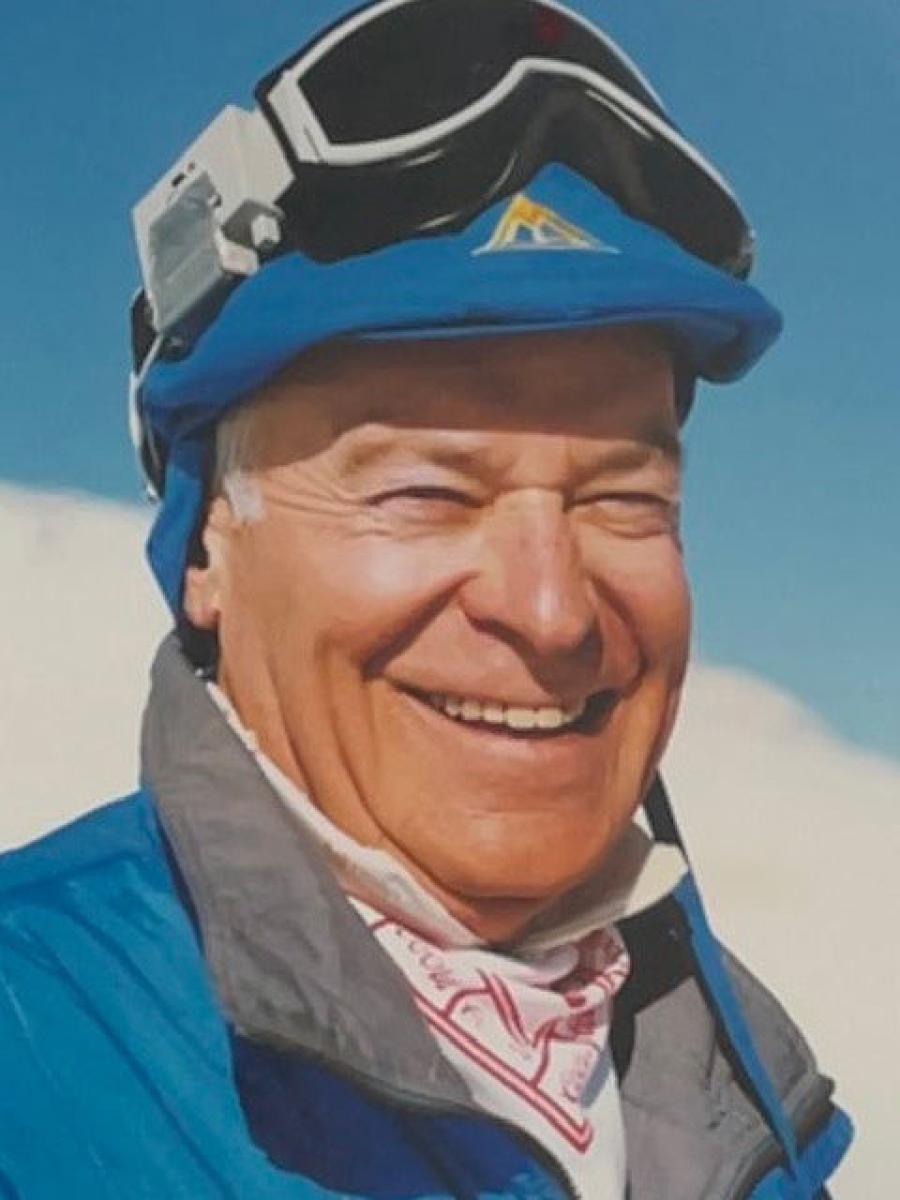 Mr. Scott attended school in Eau Claire and graduated at the age of 17 from Eau Claire Senior High School in 1945. Prior to graduation, he and several of his classmates travelled to Chippewa Falls, Wis., where they took the Eddy Test for radio technician training, in preparation for the anticipated invasion of Japan to end the war with the Japanese in WWII. They all passed the Eddy Test and deferred their enlistment until after high school graduation. Following graduation, they took the train to Great Lakes Naval Training Center in Great Lakes, Ill., for boot camp.

Upon completion of boot camp, Mr. Scott entered Radio Technician school in Chicago. The program ended in September 1945, due to conclusion of the war. He returned to Great Lakes and subsequently shipped out to the Naval Aviation Base in Lakehurst, N.J., which was the blimp station where the German dirigible Hindenburg exploded and burned prior to WWII.

After discharge from the regular Navy, he attended Eau Claire Teachers College. He then transferred to Colorado School of Mines in Golden, Colo., to study geological engineering. He finished his education at UW Madison, where he obtained his Bachelor of Science degree in petroleum geology.

After college, Mr. Scott worked as a field engineer for George A. Fuller Company in Chicago. While there, he and another engineer created a topographical map of the more than 1,000 acres where a new power plant was to be built in Hennepin, Ill.

Following his employment at Fuller, Mr. Scott worked in sales training for Dearborn Chemical Company, also in Chicago. He then moved to Minneapolis, Minn., to work in the industrial development department of Northern States Power Company (NSP).

While at the bank, Mr. Scott was approached to enter the aggregate industry as a co-founder and partner in Durex Products, a completely new start-up venture. The partners purchased the old Duncan Yo-Yo plant in Luck, Wis., and turned it into a woven wire screen production facility with heavy steel looms from Germany.

In 1976, Mr. Scott and his wife formed RB Scott Company. Mrs. Scott managed the office and Mr. Scott travelled the upper Midwest weekly as the sole salesman. Their core vendors were leaders in the aggregate and mining industry. Mr. Scott loved the challenges of the aggregate industry along with the customers and vendors with whom he became great friends. They received many awards from the companies they represented as rewards for their sales efforts over years of hard work and success.

Upon his retirement in December 1992, their daughter Nancy and her husband John Mickelson purchased the company. In 2014, RB Scott Company was named Small Business of the Year in Eau Claire, by the Eau Claire Chamber of Commerce.

In 2013, the Scotts were invited to Munich, Germany, to attend bauma, the world's largest construction and mining equipment exposition. There, as co-founders of the RB Scott Company, they were presented with the Pioneer Award for introducing the new German-designed polyurethane screen surfaces for use by the construction and mining companies to the United States. The award was presented by TEMA Isenmann.

Mr. Scott was a Boy Scout and achieved the rank of Life Scout. When leaders of the troops had to leave in service for their country in WWII, he was asked to help lead his troop and in doing so, missed the opportunity to achieve Eagle Scout. In 2019, he received an honorary Eagle Scout from the Chippewa Valley Council — Boy Scouts of America, in recognition of his service to the scouts.

Mr. Scott was a member of American Legion Post 53 in Eau Claire for the past 22 years; past member of the American Industrial Development Council; the Great Lakes States Industrial Development Council; the Minneapolis Chamber of Commerce, where he chaired the Industrial committee and was a member of the Natural Resources Committee. He was the assistant secretary and manager of Valley Industrial Park. He was a member of the Chemical Marketing Research Association; president of Gopher Toastmasters in Minneapolis; Past Master Counselor of DeMolay, a recipient of the Chevalier Degree in DeMolay; a member of the Alpha Tau Omega Fraternity at Colorado School of Mines and UW-Madison. In 1998, Mr. Scott was inducted into the ski organization at St. Christoph, Austria, named Brüderschaft, an organization in the Arlberg region of the Austrian Alps, where they inducted people especially active in the skiing fraternity.