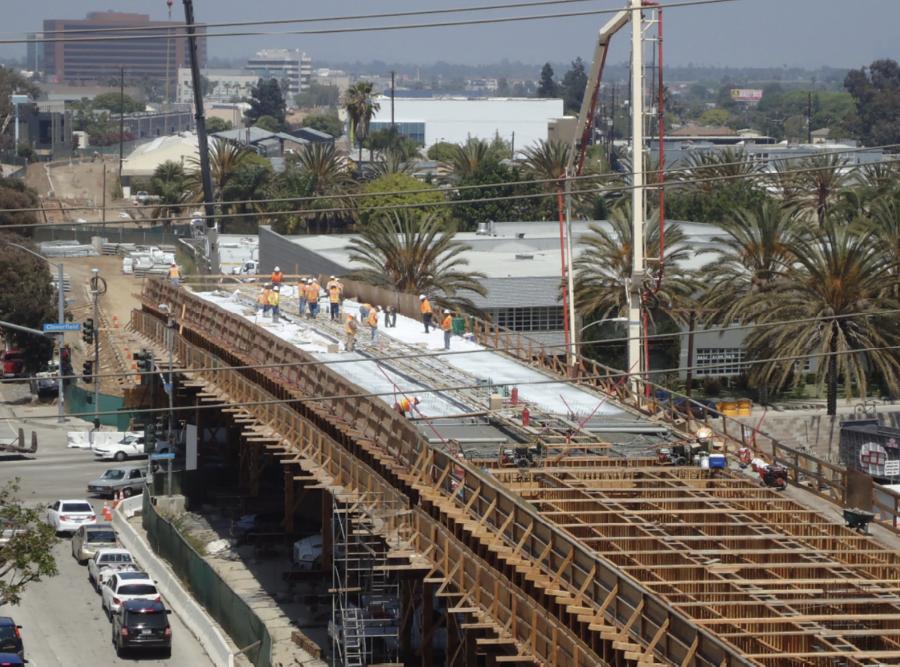 According to the report, in the next 10 years government investments in California’s transportation infrastructure will grow from $40.4 billion in 2021 to $52.6 billion in 2030.

Rebuild SoCal Partnership (RSCP) applauded a first-of-its-kind report that finds that upcoming spending on federal, state and local transportation infrastructure will generate nearly $200 billion in economic activity in California annually over the next decade and will support 700,000 jobs per year.

According to the report, in the next 10 years government investments in California's transportation infrastructure will grow from $40.4 billion in 2021 to $52.6 billion in 2030. This equates to a return of $4.30 in economic activity for every $1 spent on the transportation system. Every $1 billion spent supports over 15,000 jobs throughout the economy.

"This report is significant for quantifying the intrinsic value of infrastructure spending," said Rebuild SoCal Partnership Executive Director Jon Switalski. "Return on investment is not only more than four-fold, the job growth created through this funding is substantial."

Specifically, the report found that California highway, street, bridge and transit investment will support the following $200 billion in annual benefits over the next decade:

Generate nearly $101.5 billion annually in economic output as businesses throughout the economy sell goods and services to both other businesses and consumers, totaling $1 trillion over 10 years;

Contribute $52 billion per year of state GSP, adding up to $520 billion over 10 years. This accounts for nearly 2 percent of total GSP;

Support nearly 700,000 jobs on average each year throughout the economy, with 86 percent of the employment outside of the construction industry; This includes an estimated 220,000 jobs in transportation and warehousing, 80,000 jobs in manufacturing and trade and 68,000 jobs in professional and business services. This will add up to more than 7 million job-years supported or created over the next 10 years; These workers will earn approximately $30.3 billion in wages annually, totaling $303 billion over 10 years;

$6 billion in annual state and local tax revenue from payroll, business, income, sales and use taxes, totaling $60.9 billion over 10 years, and

For more information and to find a copy of this report, visit www.rebuildsocal.org.

Founded in 2016, The Rebuild SoCal Partnership, (RSCP) is an organization that represents 2,750 construction firms and more than 90,000 union workers in all 12 Southern California counties. Based in Anaheim, Calif., RSCP is dedicated to working with elected officials and educating the public on the continued need for essential infrastructure funding including airports, bridges, ports, rail, roads and water.

Rebuild SoCal Partnership has recently launched the Rebuild SoCal Zone Podcast, which is available on Spotify, Apple Podcasts and other platforms where podcasts are available.