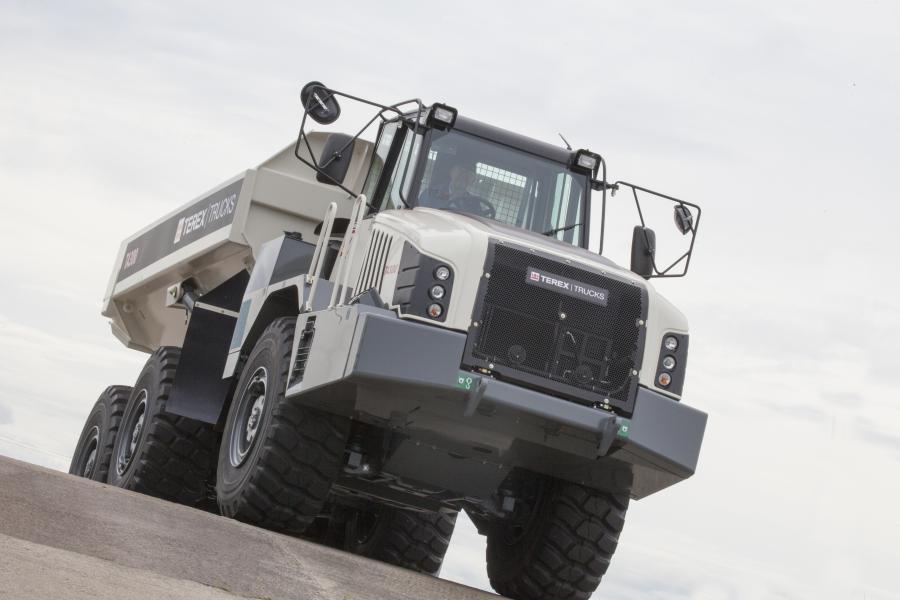 "Timing played a minor role in this deal as at RECO we were in tune to freshen up some of our fleet, and I had it in my mind that I wanted to buy six trucks," said Reed Mahany, president of RECO Equipment.

"I had a conversation with Terex Trucks and the offer came up that they had four trucks that would be common to what we already run and there would also be two of the new version trucks to bridge the gap — this of course was very appealing. With us being the lifetime Terex Trucks guys, the opportunity to be the first Gen10 dealer in the market was something we couldn't pass up," said Mahany.

Matt Deloglos, director sales, Terex Trucks America said "RECO Equipment has a long history and has been proudly serving the construction and mining industries for over 30 years. They have earned a reputation for excellent customer service and distinguished technical support. We are honored that RECO Equipment wanted to be the first dealer to order a new Gen10."

A Whole Lot of History
Founded by Robert E. Hathaway on Feb. 28, 1983, RECO Equipment set up shop in the Morristown, Ohio, coalfields with 28 employees. The following year after acquiring almost all the Terex parts available in Hudson, Ohio, the company serviced more than 200 Terex TS24s in eastern Ohio. In the late 80s, RECO expanded its operations as the economy boomed and opened facilities in Columbus and Cincinnati before moving into the articulated hauler market in the 90s.

Today, RECO has more than 200 employees and operates in a number of states east of the Mississippi River, including Pennsylvania, Indiana, North Carolina, Florida, Kentucky and West Virginia. Serving customers in the excavating, scrap processing, industrial, coal mining and construction industries, RECO is a full line distributor offering new, used, and rental equipment.

A partnership which dates back more than 30 years, RECO takes pride in its ability to provide sales, service and parts for Terex Trucks' articulated range.

"A direct result of our longterm relationship RECO and Terex Trucks know each other well, and while there's been some new people on both sides of the fence, there's an unsaid appreciation for each other, Mahany said.

"There's a lot of good history and I think what both companies have passed through over the years has given them both the strength to endure and work through tough times. The time-honored partnership is one both companies are really proud of – that's the way it's been for years."

Proven Products, Performance and People
Ready to bring its partnership with Terex Trucks into a new era, RECO received the two 30.9-ton Generation 10 TA300s in March, alongside the four Gen9 machines. The culmination of more than 65 years of hauling experience, the Gen10 model is an EU Stage IV/Tier-4 Final emissions-compliant machine which showcases improvements in quality and durability and also features new styling.

Made in Motherwell, the Gen10 TA300's primary purpose is to ensure that customers benefit from lower operating costs and increased performance — even in the toughest of terrains. The second product to be launched by Terex Trucks since its acquisition by Volvo Construction Equipment, the hauler comes with upgraded hydraulic and electrical interfaces and improved aesthetics in order to maximize uptime. To aid productivity in all conditions, the engine and drivetrain have been optimally matched.

Additionally, cushioned stops on the steering cylinders have been integrated to provide operators with a more comfortable ride, and the cab comprises of an enhanced air conditioning and ventilation system. Furthermore, for customers in the United States and Canada, the Gen10 model also comes with an extended three years of full machine warranty, three years planned maintenance and three years telematics as standard.