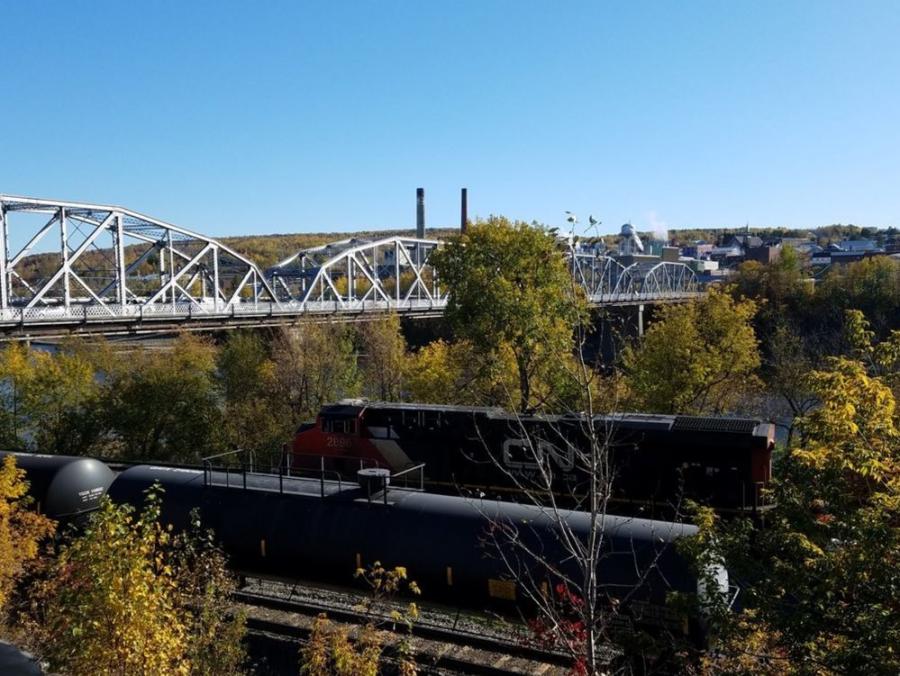 The 100-year old Madawaska/Edmundston International Bridge, which serves as a border crossing between Maine and Canada, is being reconstructed.

The 100-year-old Madawaska/Edmundston International Bridge, which serves as a border crossing between Maine and Canada, is being reconstructed. Work began in April on the project that should be completed in 2025.

Reed & Reed of Woolrich, Maine, is the general contractor with Greenfield Construction of Miramichi, New Brunswick, Canada, subcontracting work on the Canadian side of the St. John River. 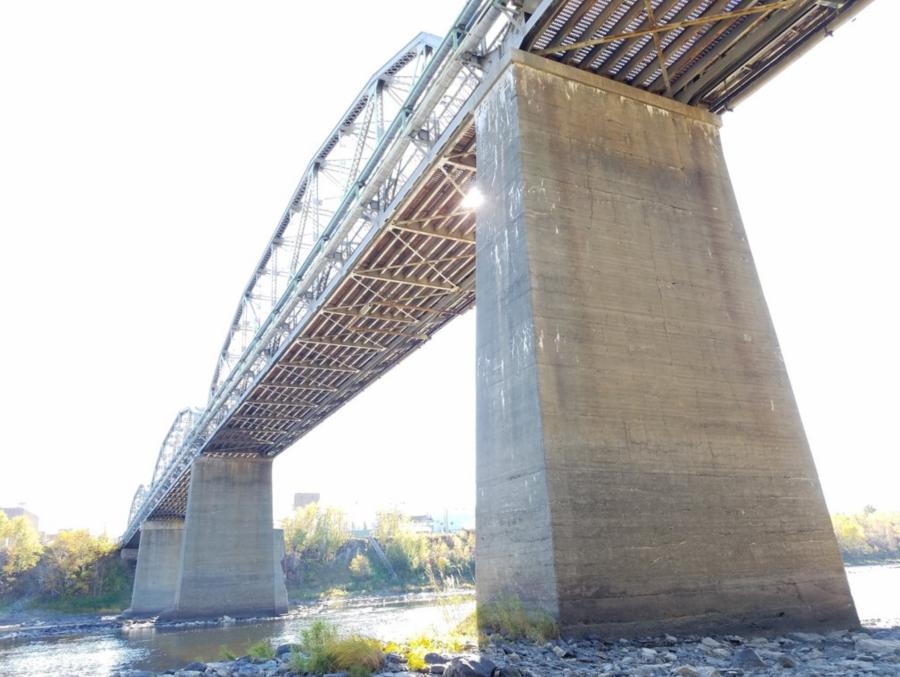 "We're starting by building a temporary work trestle across the river," said Reed & Reed CEO Jackson Parker. "Once we have access to the river, we'll build concrete piers, erect the structural steel beams and place the deck."

The existing bridge consists of four steel through truss spans, each 232 ft. in length for a total of 942 ft., which carries a two-lane open steel grid deck roadway.

Parker said Reed & Reed is using a Manitowoc MLC165 lattice-boom crawler crane, a Grove RT880 rough-terrain crane and an ICE 4430 hydraulic vibratory hammer on the early stages of the job.

The bridge's total project cost will be $97.5 million, which is reduced by a $36 million Infrastructure for Rebuilding American (INFRA) grant from the U.S. Federal Highway Administration that was approved in 2019. The remaining costs are being shared by MaineDOT and the New Brunswick Department of Transportation Infrastructure (NBDTI). 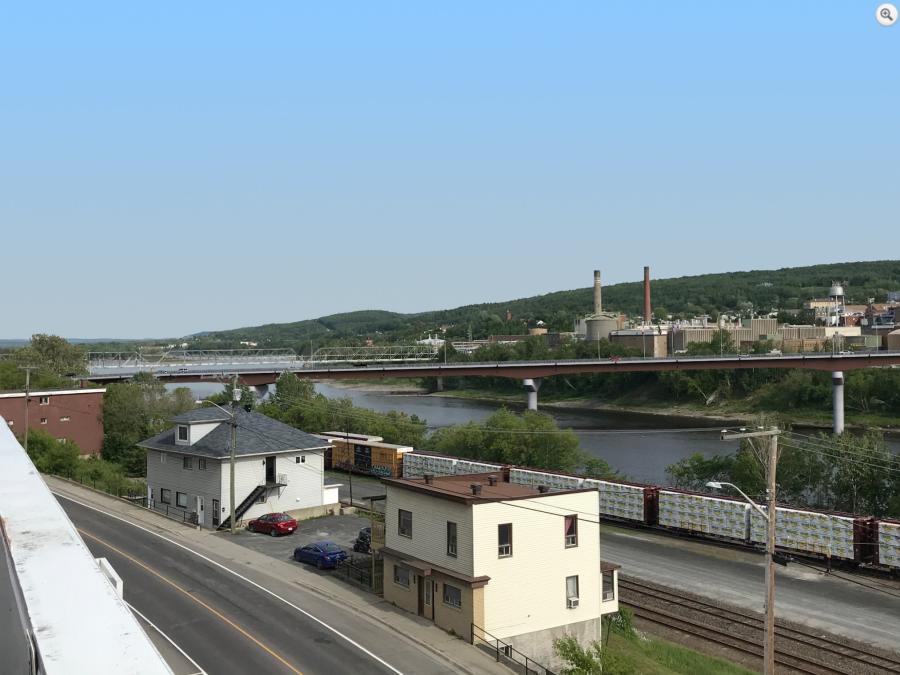 Reed & Reed won the job after submitting a bid of $86,532,25, which was the low bid of three contractors, two from Maine and one from New Brunswick. The total project price of $97.5 million exceeds the estimate by $10 million and includes design and other preliminary work as well as construction costs.

The issue of border crossing for Reed & Reed employees is unresolved.

"This week, a July 1 reopening has been established if infection and vaccination rates meet certain benchmarks set by the Canadian government," Parker said. "At this point, our Canadian subcontractor is mobilizing on their side of the river while we are doing the same on the U.S. side."

On May 27, New Brunswick issued a "path to green" COVID-19 reopening plan that has three phases, beginning June 7, July 1 and August 2 that are based on the percentage of New Brunswickers who have received at least one dose of the COVID-19 vaccine and the number of hospitalizations remain low. Travelers from Maine can enter the province if they have been vaccinated and those who haven't can enter but will be subject to testing and isolation requirements.

"We are allowed on a limited basis to visit the Canadian side," Parker said. "We must have a valid passport, can only access the immediate work zone and cannot exit the vehicle. Basically, we can drive over, stay in our truck, talk to people, turn around short of the border station and come back to the U.S. It's OK for now but will become complicated soon if things don't open up."

Design and construction of the new Land Port of Entry on the U.S. side is a separate project being administered by the U.S. General Services Administration. It is being built by the USGA and the new bridge will connect to it in New Brunswick.

The LPOE, also known as a border station, provides controlled entry into or departure from the United State and houses the U.S. Customs and Border Protection and other federal agencies that enforce federal laws regarding border crossings.

The GSA announced it awarded a $44,507,000 contract for the design and construction of the LPOE to J&J Contractors of North Billerica, Mass. 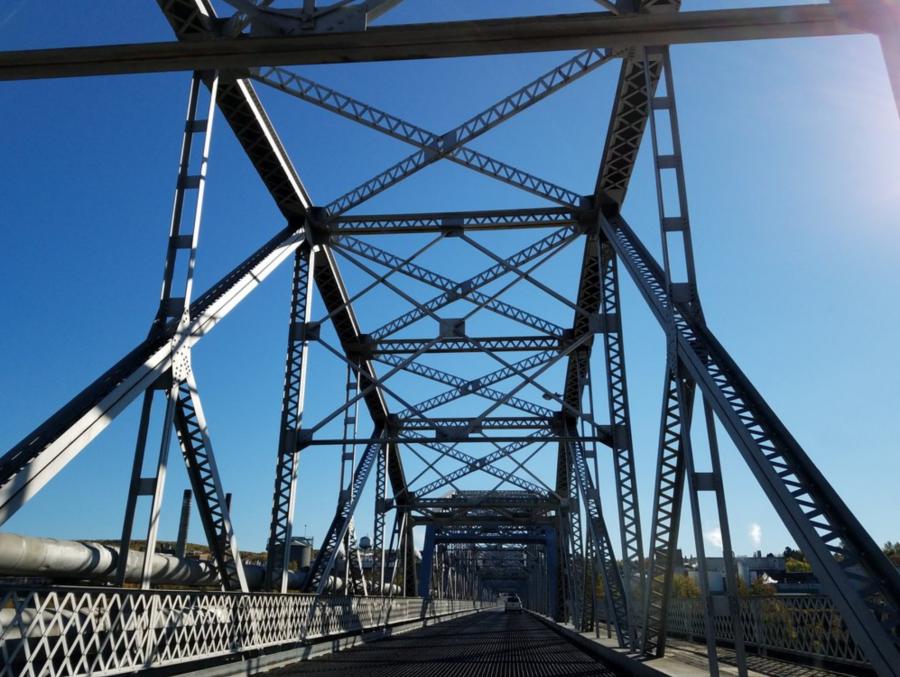 The building of the new bridge is supported by Maine and New Brunswick officials.

"The year-long challenges associated with the COVID-19 pandemic have laid bare the importance of the connections between Maine and Canada," said MaineDOT Commissioner Bruce Van Note. "We are eager to move forward with this project to greatly improve one of these vital connection points. This new bridge will improve safety and support economic activities on both sides of the international border."

"This international bridge is more than just a piece of infrastructure: it is an important link that brings communities and countries together," said New Brunswick's Transportation and Infrastructure Minister Jill Green. "This project will contribute to our priority of energizing the private sector by facilitating the movement of people and goods. This will allow our businesses to remain competitive while fostering economic growth in the region."

The completion date for the new bridge is June 30, 2025 and the old bridge will be demolished once traffic is moved onto the new bridge. CEG