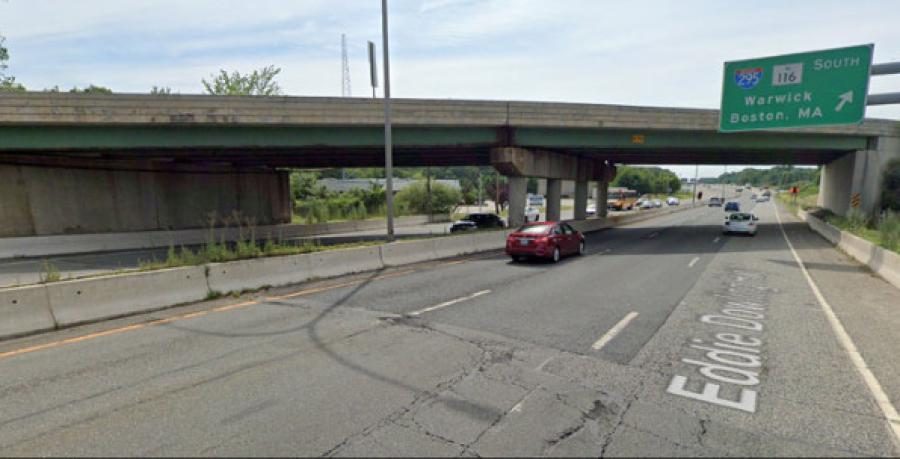 Rhode Island's two United States senators, along with its congressmen, were joined by other state and local leaders Sept. 2 on the side of State Route 146 in Smithfield to announce much-needed improvements to the roadway, made possible by a federal $65 million INFRA grant.

The estimated $150 million build will replace multiple bridges along the Route 146 corridor, repave 8 mi. of roadway and correct numerous safety and congestion problems — including at the Sayles Hill Road interchange where the announcement took place.

"Today, we are announcing the start of relief for the 170,000 vehicles that navigate the bumps and ruts of Route 146 every day. Help is on the way. This is a critical transportation route that has gone unimproved for far too long," Alviti said. "Once again our Congressional delegation has gone to bat for Rhode Island and delivered tens of millions of dollars in grant funding so we can properly address all our concerns with Route 146 in a single project. We owe them a huge debt of gratitude."

In his remarks, Reed, the ranking member of the Appropriations Subcommittee on Transportation, Housing and Urban Development, said, "This federal investment will allow RIDOT to go beyond simply fixing what we have. It will lead to significant safety improvements, including the reconfiguration of the Sayles Hill Road intersection."

"I developed the INFRA program to clear our national backlog of major infrastructure projects, including the overhaul of Route 146," he said. "As anyone who lives in the northern part of the state will tell you, driving on 146 can be a real headache. I'm thrilled that RIDOT won its largest federal grant ever and is ready to get Rhode Islanders to work upgrading Route 146 with new bridges and a modernized design."

Other highlights of the project include:

"Going forward, we must guarantee investments in Rhode Island's future...even in the face of financial challenges posed by COVID-19," the congressman continued. "As Rhode Island and states across the nation face budget shortfalls, I will be working with RIDOT Director Alviti and my colleagues to introduce legislation ensuring federal highway funds continue to be available to cash-strapped states and that good-paying construction jobs remain in the Ocean State."

Cicilline added, "Our Congressional delegation works together very effectively to make sure Rhode Island has the funding it needs for vital projects like this. I look forward for this work getting started and the difference it will make for Rhode Islanders when it's completed."

More than 171,000 vehicles travel Route 146 between Providence and Worcester, Mass., each day.

Design work is well under way on the highway and RIDOT anticipates advertising for construction in late 2021, with construction starting in spring 2022. The entire project is expected to be complete in 2025.

The Route 146 Project is made possible by RhodeWorks, the RIDOT's ongoing commitment to repair structurally deficient bridges and bring Rhode Island's transportation infrastructure into a state of good repair, promote economic development and create jobs.