Approximately 1,800 equipment items and trucks were sold in the auction, including over 80 excavators, 40-plus skid steers, more than 25 loader backhoes, at least 165 aerial work platforms, 125-plus truck tractors, and more. All items were sold without minimum bids or reserve prices. CEG 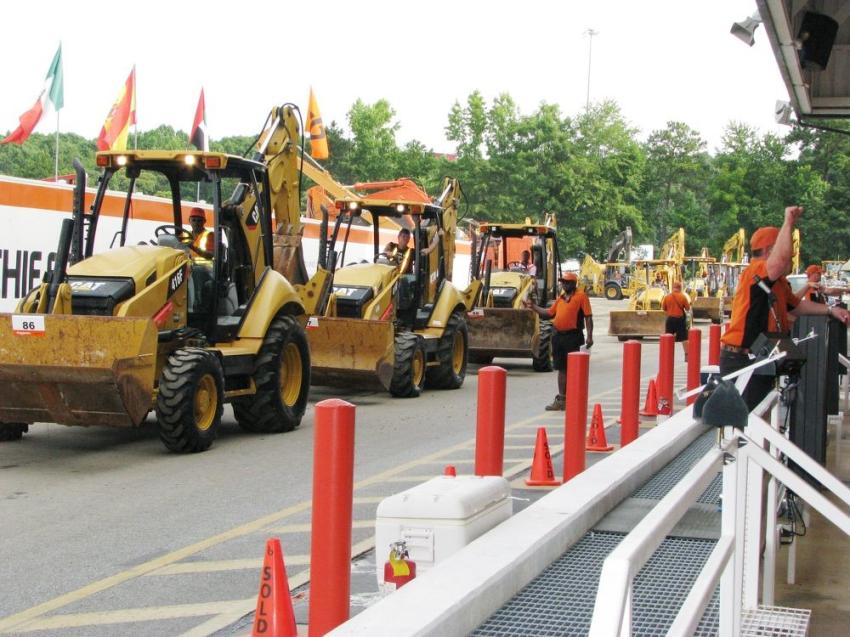 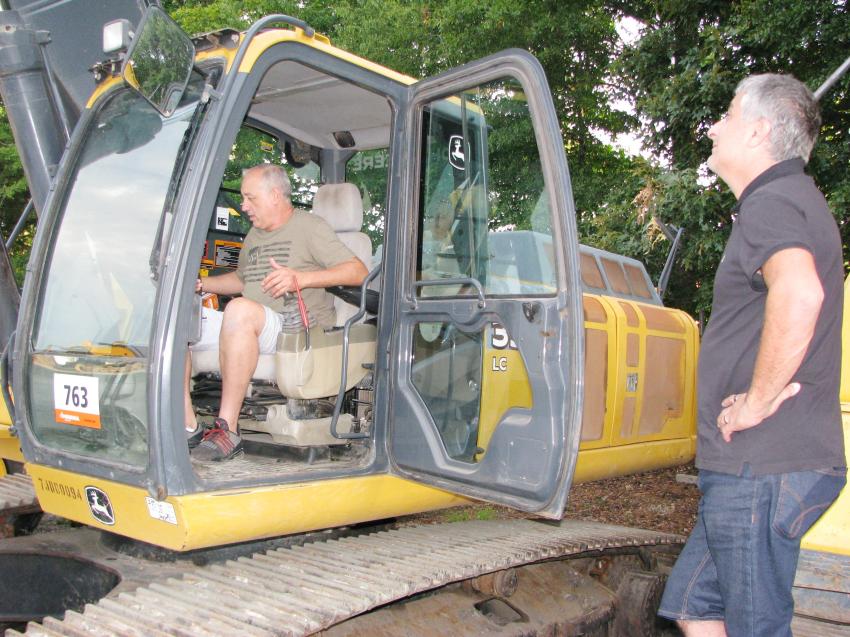 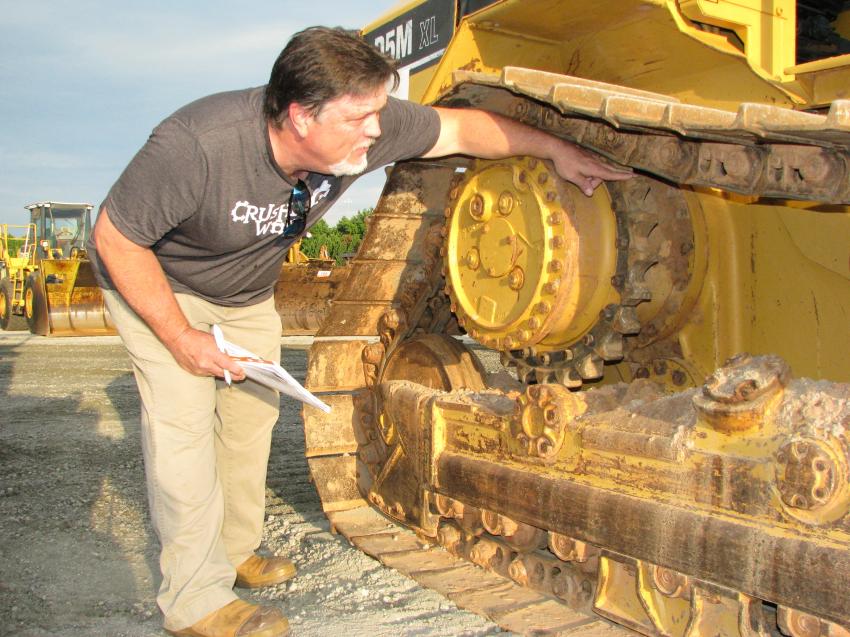 Checking the undercarriage of Cat D5M XL dozer is Scott Webb of Wholesale Equipment Sales in Birmingham, Ala. 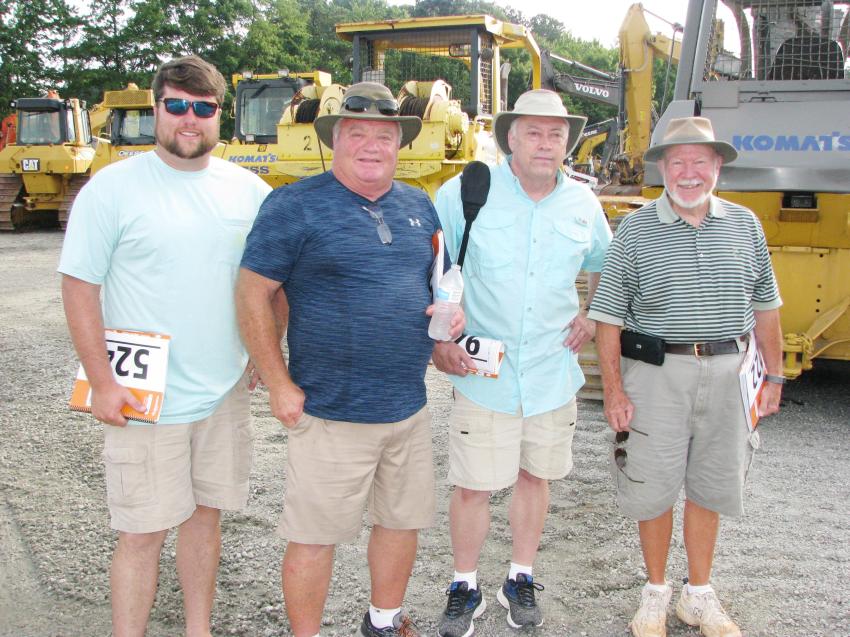 Looking over various machines of interest (L-R) are Robert, Bob and Douglas Bankston of Bankston Roll-Off in Barnesville, Ga., and Lane Jenkins of Madison, Ga. 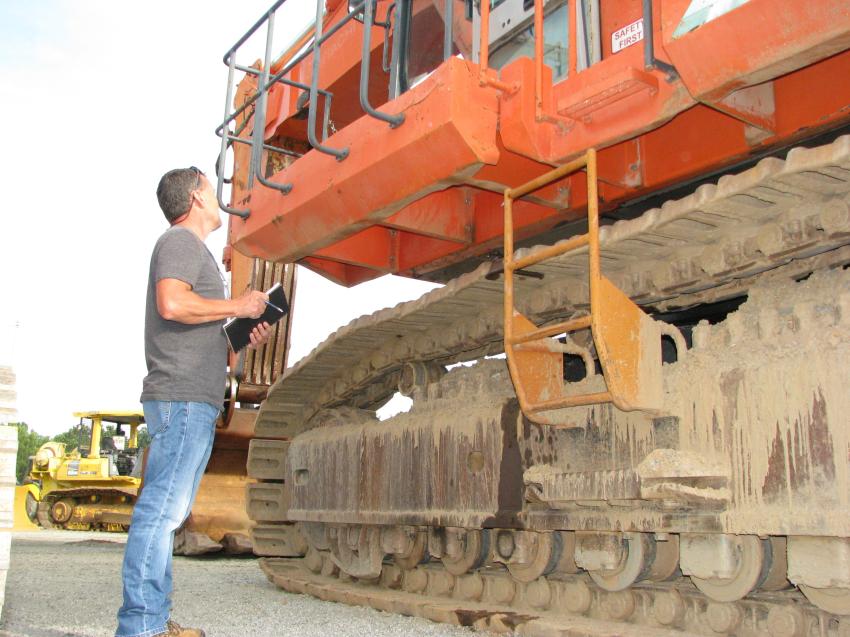 Getting a good look at the big Hitachi EX1200 in the sale lineup is Glen Nasworthy of PROTECH, based in Atlanta, Ga. 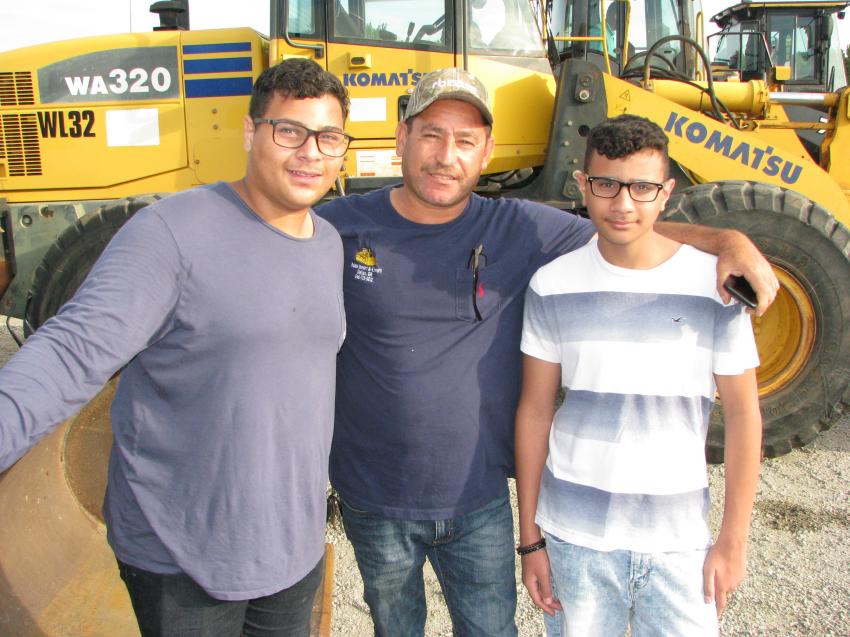 Summertime is a good time for getting the next generation in the industry involved in the buying/selling process (L-R): Adam Hamada, Ibrahim Sales and Yassin Hamada of Adam Import-Exports, Dallas, Ga. 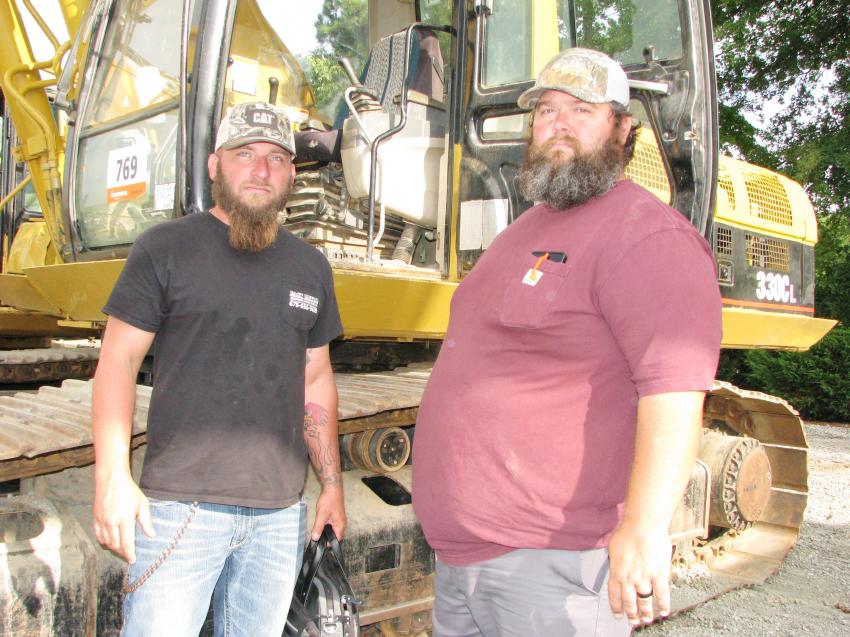 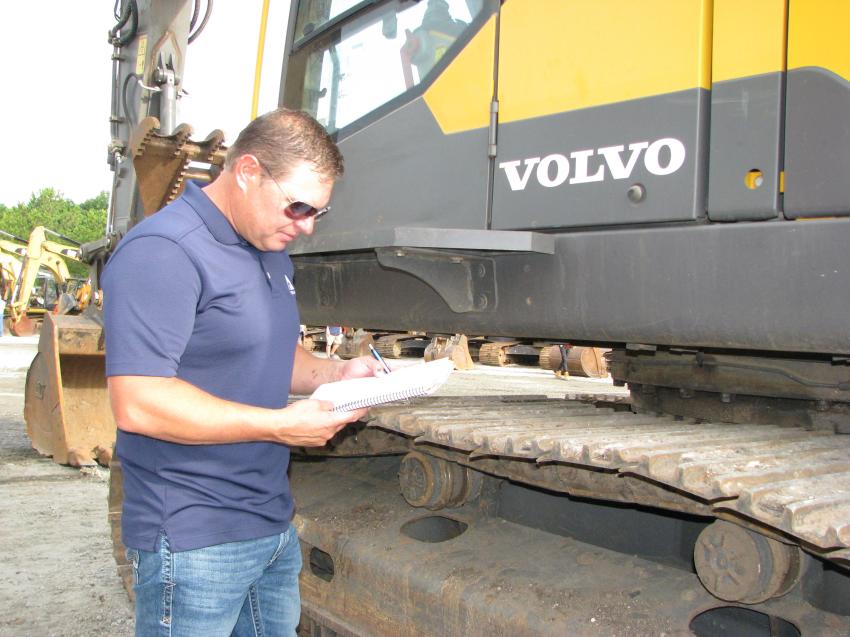 Doug Wilson of Ascendum, based in Charlotte, N.C., inspects a Volvo EC350E hydraulic excavator about to go on the auction block. 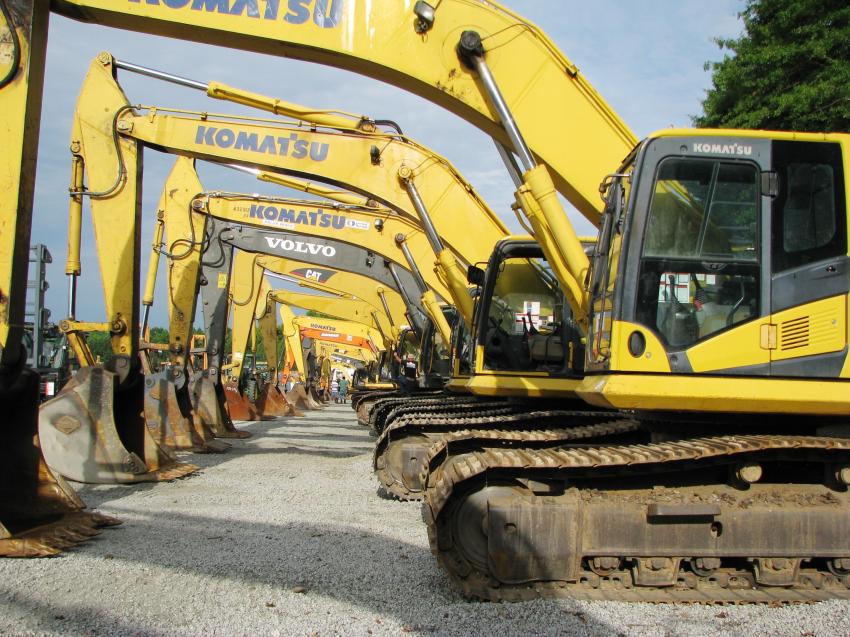 A stellar selection of hydraulic excavators from manufacturers such as Caterpillar, Komatsu, Volvo, Doosan, John Deere and Kobelco were available at this sale.