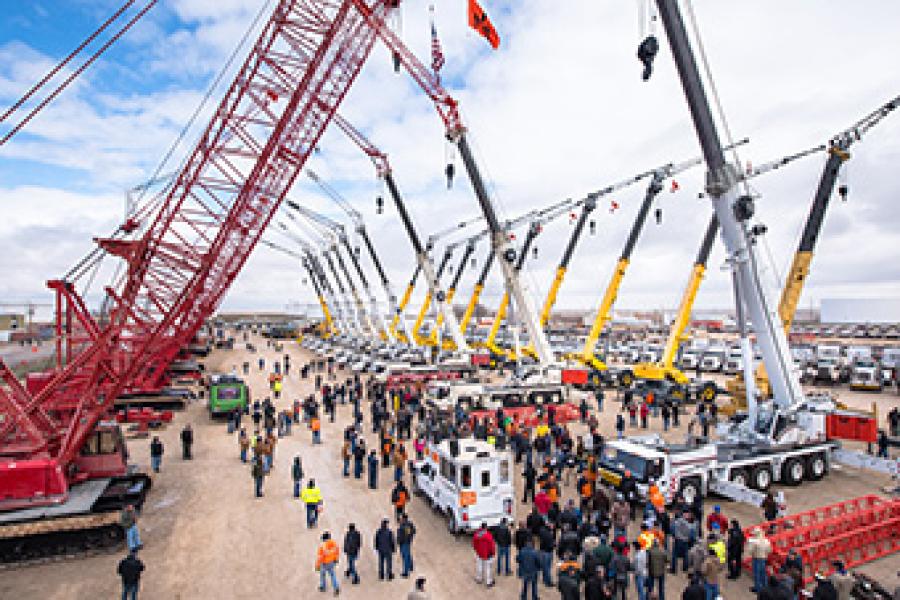 Ritchie Bros. has close to 200 cranes listed in upcoming auctions.

Ritchie Bros. upcoming Houston, Texas, auction on June 21 to 22 will feature a crane that is sure to raise a high level of interest. A 2013 Manitowoc 16000 440-ton 363 t) self-erecting crawler crane will sell unreserved to the highest bidder during the auction. It's among a surging selection of quality cranes selling at Houston and other upcoming Ritchie Bros. auctions in June, including Columbus, Ohio (June 15) and Polotitlan, Mexico (June 9).

"It's been a long time since we've seen a selection of cranes like this," said Jake Lawson, senior vice president, Ritchie Bros. "We have close to 200 cranes listed in upcoming auctions, including the massive Manitowoc 16000 — cranes of this size and value don't come to auction often. With great selections of cranes available in Houston, Columbus and Polotitlan, this is the perfect opportunity for people to get the cranes they need for upcoming work projects."

While Ritchie Bros. sells thousands of lifting equipment items each year, including 1,400+ rough terrain cranes, 450+ hydraulic truck cranes, 425+ all-terrain cranes, and 280+ crawler cranes in the past two years alone, cranes like the Manitowoc 16000 are rare. For perspective, a 2006 Manitowoc 16000 model sold at Ritchie Bros.'s June 2010 auction in Denver for $2.5 million and that's among the top-10 most expensive cranes ever sold in Ritchie Bros. history. The current "king of cranes" is a 2001 Liebherr LR1800 881 ton (800 t) crawler crane, which sold for $3.7 million at Ritchie Bros.' Sacramento auction site in 2006.

Almost as rare as the Manitowoc 16000 is seeing unused cranes in an auction. However, Ritchie Bros. will be selling two unused Grove RT540E 40-ton (36 t) rough terrain cranes in the June Houston auction. In total, Houston will sell 50+ cranes, along with construction, aerial and transportation equipment in its auction. Polotitlan has 19 cranes and Columbus has 10, with new inventory added right up until auction day.