Records were smashed in Lethbridge last week, as Ritchie Bros. sold CA$24+ million (US$18+ million) of equipment in two days. 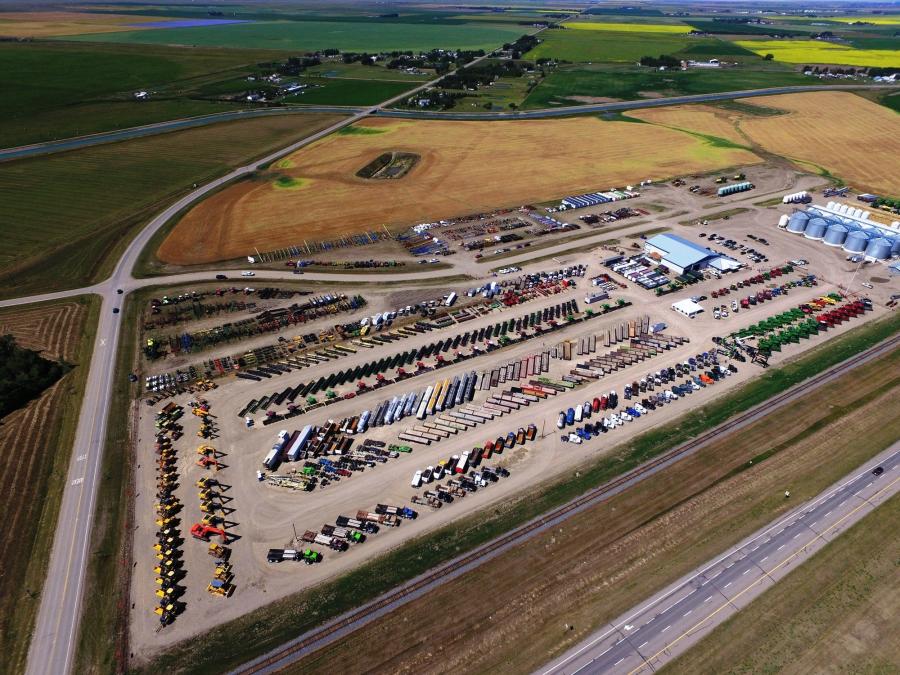 Records were smashed in Lethbridge last week, as Ritchie Bros. sold CA$24+ million (US$18+ million) of equipment in two days—with 67 percent (CA$16+ million) selling to online buyers. Traditionally the company's southern Alberta site has focused on agriculture auctions, but this month's sale featured more construction and transportation assets than ever before, resulting in more choice and bigger crowds on auction day.

On July 21 - 22, 2016, Ritchie Bros. sold 1,600+ equipment items and trucks at its largest-ever Lethbridge auction. More than 3,250 people from 32 countries registered to bid. Out-of-province buyers from as far away as Quebec, Texas and Australia purchased 31 percent of the equipment. Every item was sold without minimum bids or reserve prices

"It's clear from the number of bidders we had onsite and online that our customers appreciated the increased variety and selection of equipment in this auction," said Simon Wallan, Vice President, Ritchie Bros. "We sold hundreds of agricultural equipment items, but this auction helped us showcase our ability to sell equipment for every sector here in Lethbridge. We would like to thank all of our consignors, bidders and buyers and look forward to seeing them again at our next auction here in November."

"Ritchie Bros. took care of everything," said George Jackson. "I sold 162 items in the auction—big items and small pieces. I brought it all down from my farm just east of Calgary because I knew at the end of the auction, when I leave here, I will have nothing left to deal with. This was my first time selling with Ritchie Bros. It was a very good experience."

Ritchie Bros. will hold a number of auctions in Alberta over the next few months, including Grande Prairie (July 28) and Edmonton (Sept. 7-9), as well as four on-the-farm auctions in early August in Grimshaw (Aug. 3), Elmworth (Aug. 4), Valleyview (Aug. 5), and Peace River (Aug. 9). The next Lethbridge auction will be held on November 15—to sell equipment in the auction contact the site at +1.403.327.4933. Visit rbauction.com for full auction and equipment details.