More than 8,300 bidders participated online and in person Dec. 10 to 11, 2019, at Ritchie Bros.' multi-million-dollar unreserved public equipment auction in Fort Worth, Texas.

More than 5,850 equipment items and trucks were sold in the auction, including 165+ excavators, 140 skid steers, 85+ compactors, 245+ aerial work platforms and more, as well as 660+ truck tractors – a new company record for number of truck tractors sold in a single auction. All items were sold without minimum bids or reserve prices.

More than 700 equipment items and trucks were sold in the auction, including 20+ excavators, 15+ compactors, 60+ aerial work platforms, 35+ telescopic handlers, 80+ truck tractors and more. All items were sold without minimum bids or reserve prices. 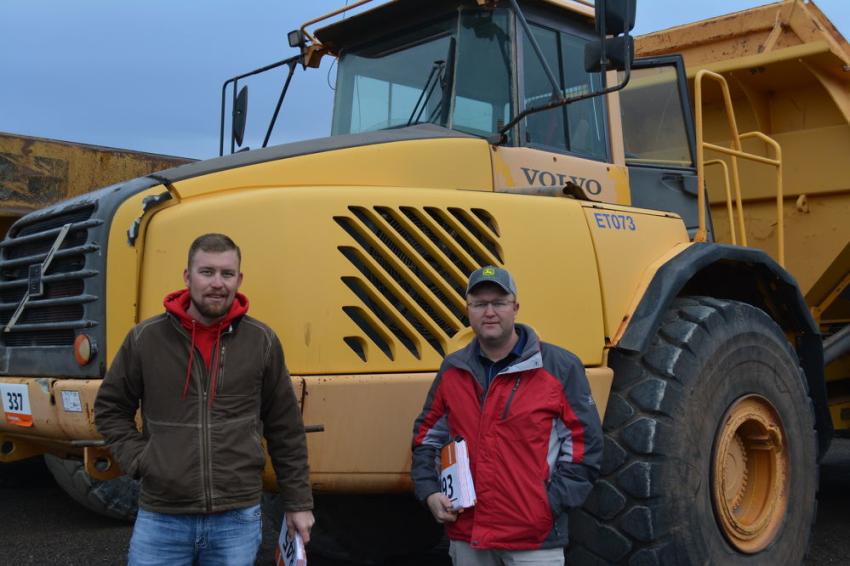 The Volvo A40D articulated hauler caught the attention of Elwin (L) and Eddie Peters at the Fort Worth sale. The Peters operate Pro Aggregate of Andrews, Texas. 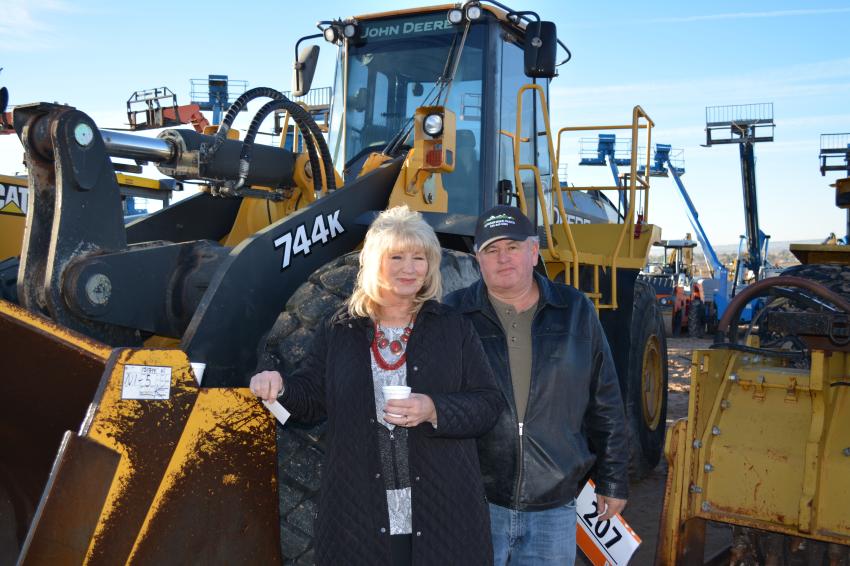 Dave and Tina Pettingill own RGW Restoration Group of Mountainair, N.M. The John Deere 744K loader was one of several they would bid on at the El Paso sale. 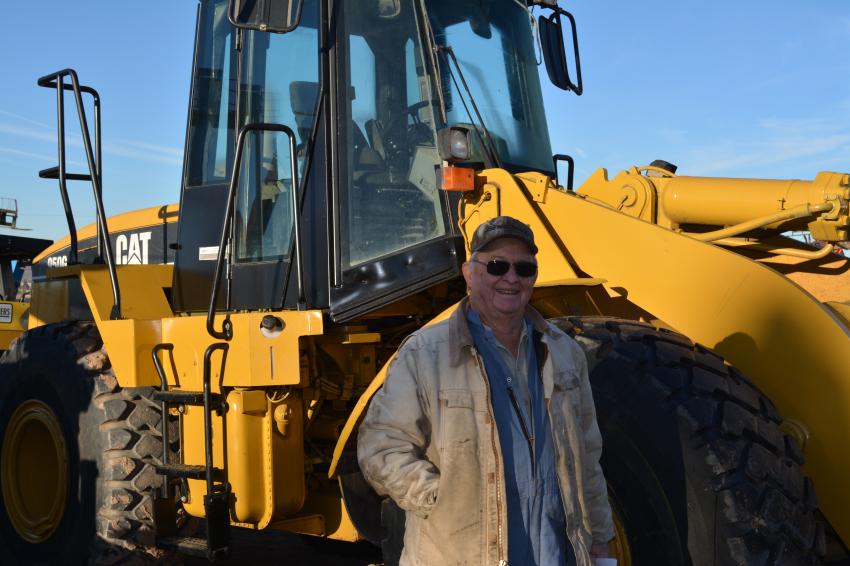 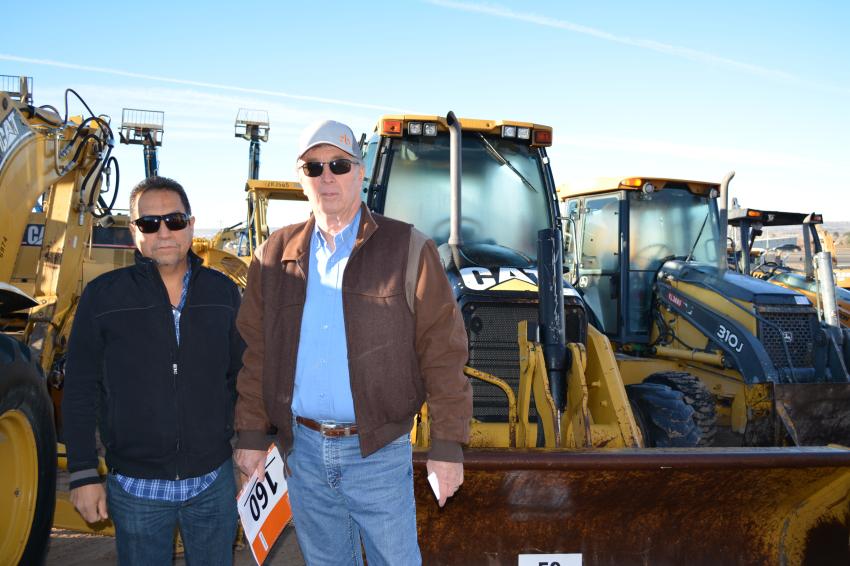 Tomas Olivas (L) and Steven Romney were among the many international buyers at the El Paso sale. They represent a large agricultural enterprise in the Mexican state of Chihuahua, which borders West Texas. They had a big selection of backhoe loaders to choose from. 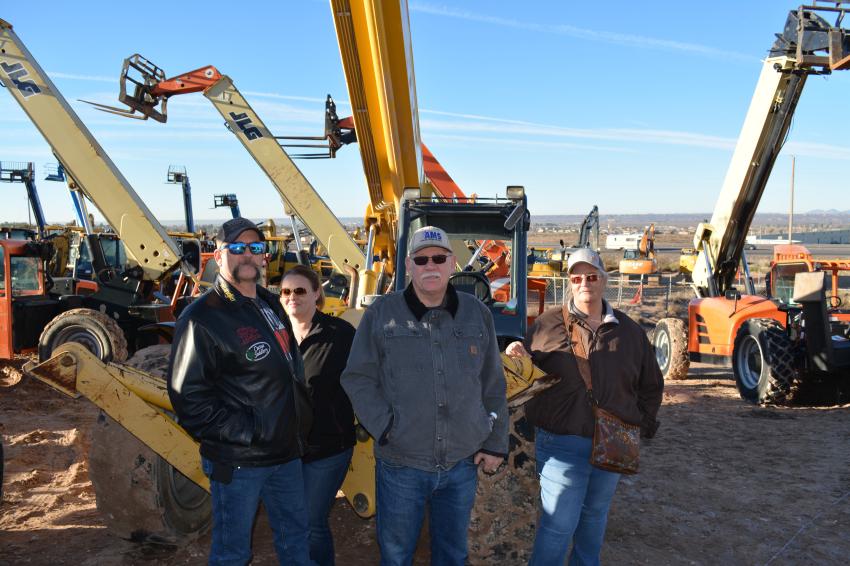 A huge inventory of lifts brought the entire ownership group of American Mechanical Solutions to the El Paso auction. After browsing the entire selection, they would bid on the Gehl DL11-55 telescopic forklift. (L-R) are Chad Lunsford, Leah Lunsford, Jerry Stockstill and Sharyl Stockstill of Clovis, N.M. 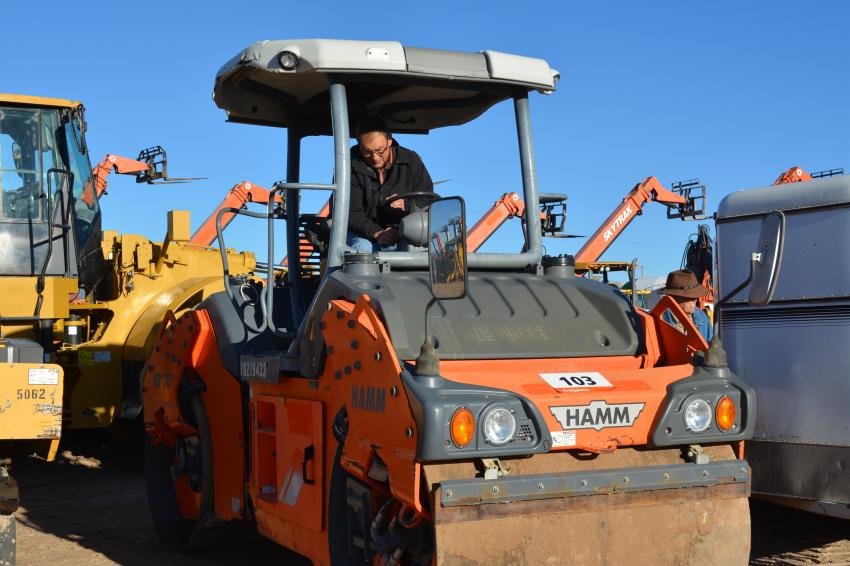 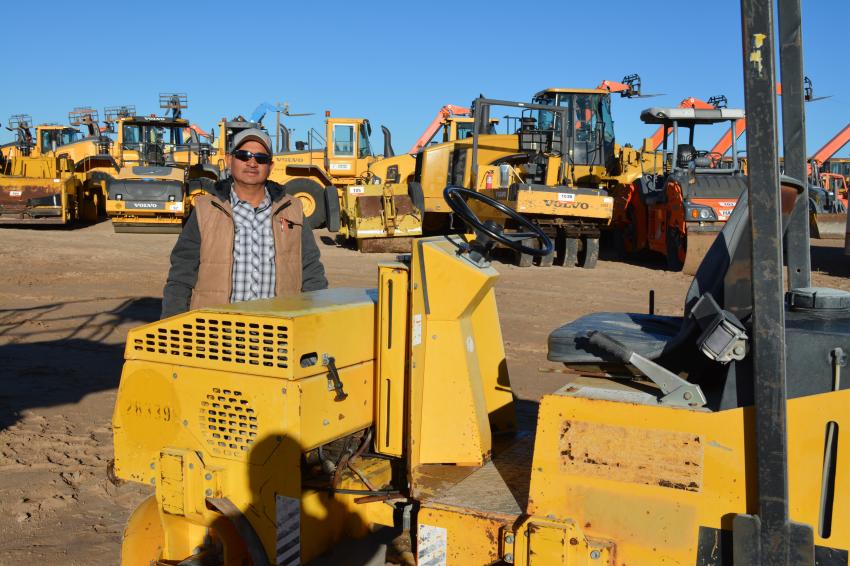 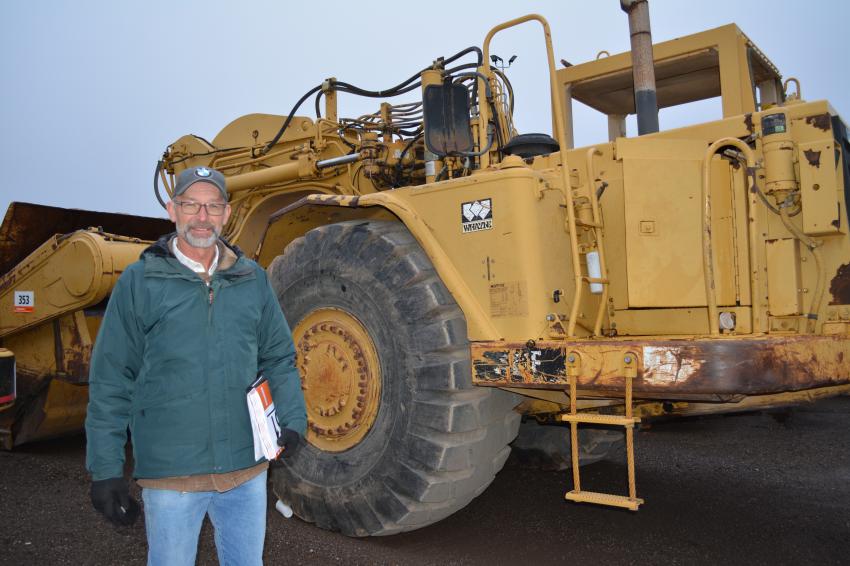 Temperatures in the low 30s did not prevent Rodney Blankenship from traveling to the Fort Worth auction from La Luz, N.M., to look at this Caterpillar 621F motor scraper. Blankenship operates R.D. Blankenship Dirt Work. 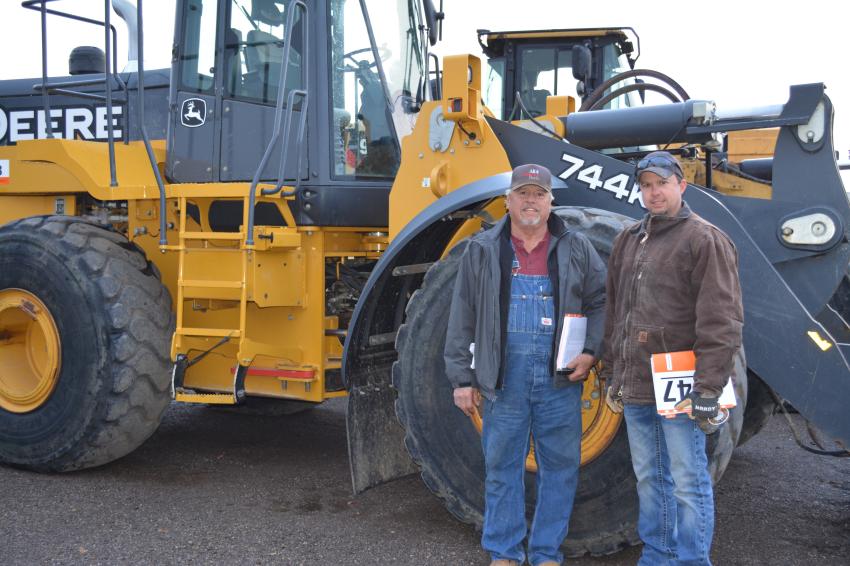 Larry (L) and Derrick Musgrove of Oklahoma Trucks and Equipment were buying trucks, trailers and earthmoving equipment for their Lawton, Okla.-based company. 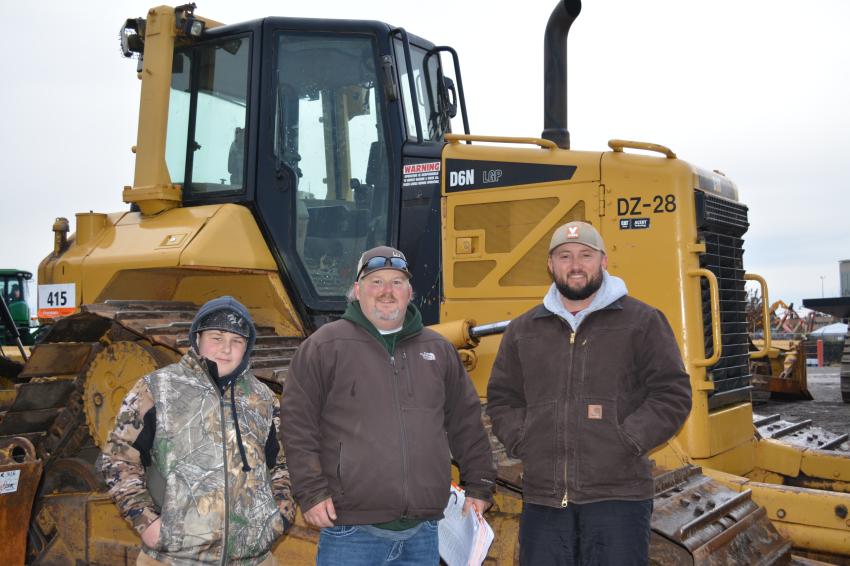 (L-R): Hunter and Chad Eubanks and Shawn Mote of 3E Dozer Service put this Cat D6N through its paces before bidding in Fort Worth. 3E Dozer Services is located in Dickson, Okla. 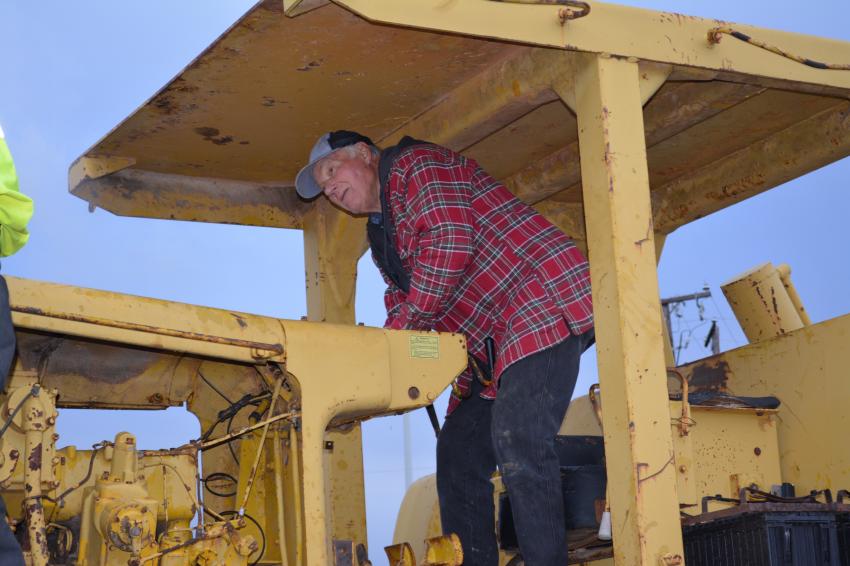 Burney Owens of Jay, Okla., successfully fires up a 1973 Caterpillar D9G crawler tractor that would be auctioned at the Fort Worth sale. 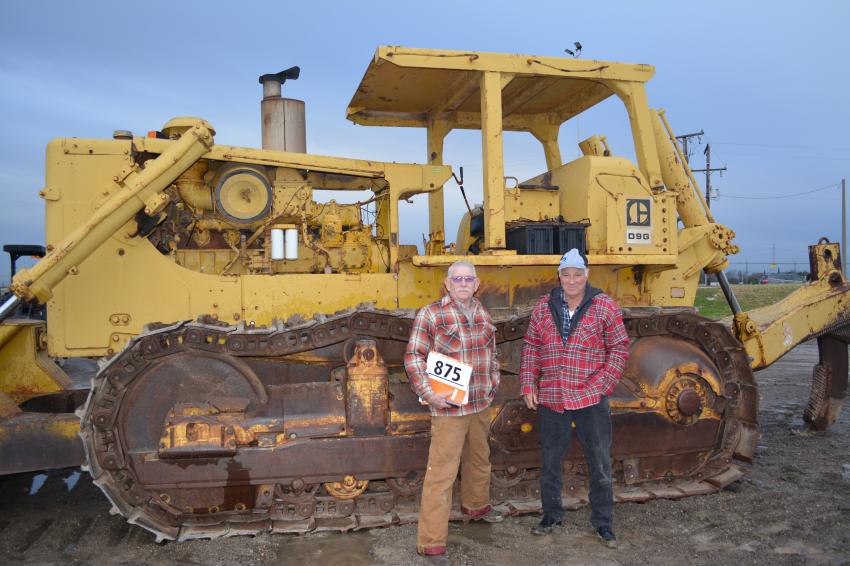 Burney Owens (R) buys older Cat equipment like this 1973 D9G. While he tends to collect older equipment, according to friend John Christian, Owens also puts the vintage machines at work in his construction business. Owens and Christian traveled from Jay, Okla., to the Fort Worth sale. 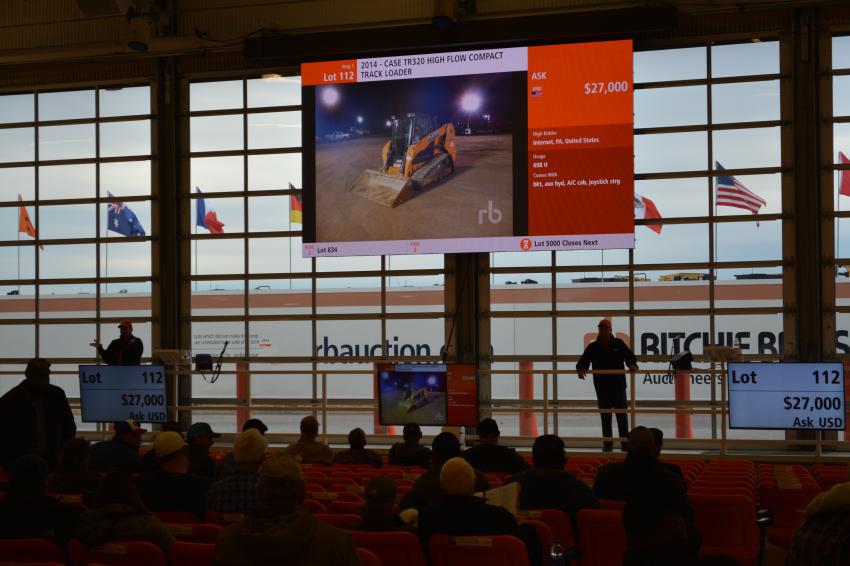 Unseasonably cold temperatures kept the doors closed at Ritchie’s Fort Worth sale, but the action was hot inside the main ring. Here, bidders compete for a Case TR320 track loader. 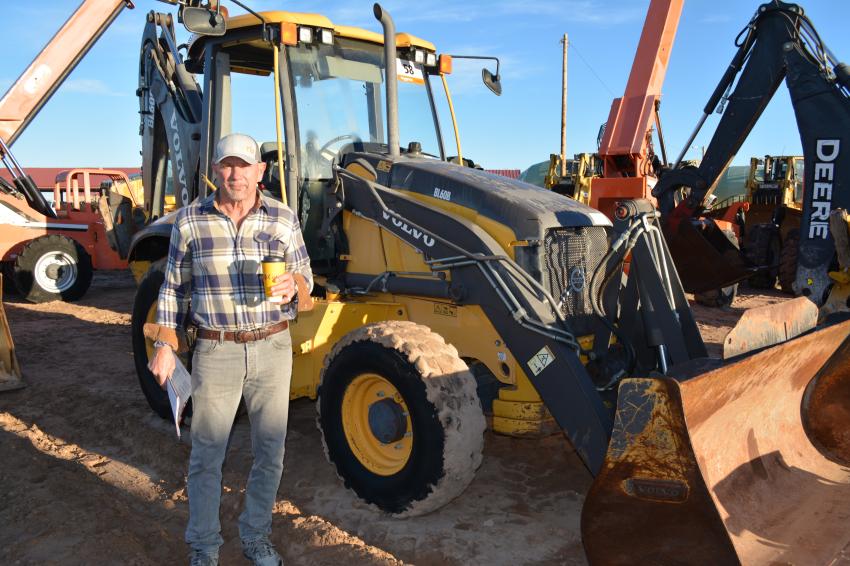 Steve Perryman, a retired contractor from Ruidoso, N.M., plans to begin buying and selling equipment and was interested in a variety of the offerings in El Paso. 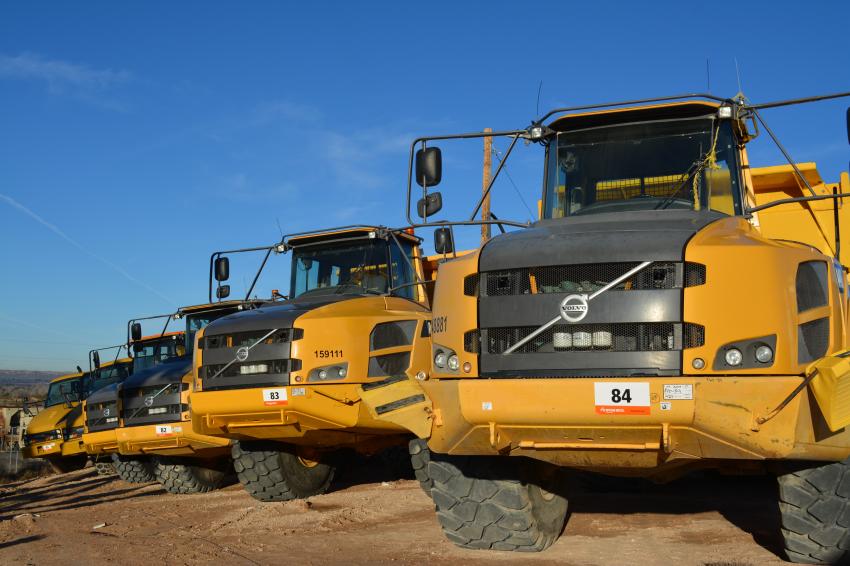 A large collection of Volvo articulated trucks were up for sale at the El Paso site, which was technically in neighboring Anthony, N.M.