Approximately 1,600 equipment items and trucks were sold in the auction, including more than 45 excavators, 30-plus skid steers, more than 20 backhoes, more than 180 aerial work platforms, 80-plus truck tractors and more. 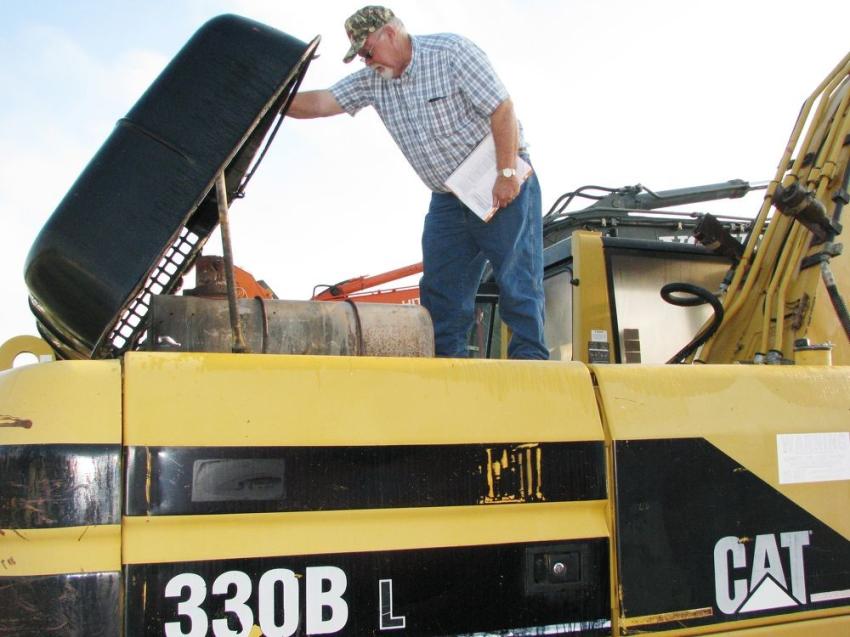 Opening up a Cat 330BL for a complete inspection is Tommy Blair of Blair Block LLC, based in Childersburg, Ala. Blair is looking for a carrier machine for a crusher attachment he bought at a Ritchie sale in Houston. 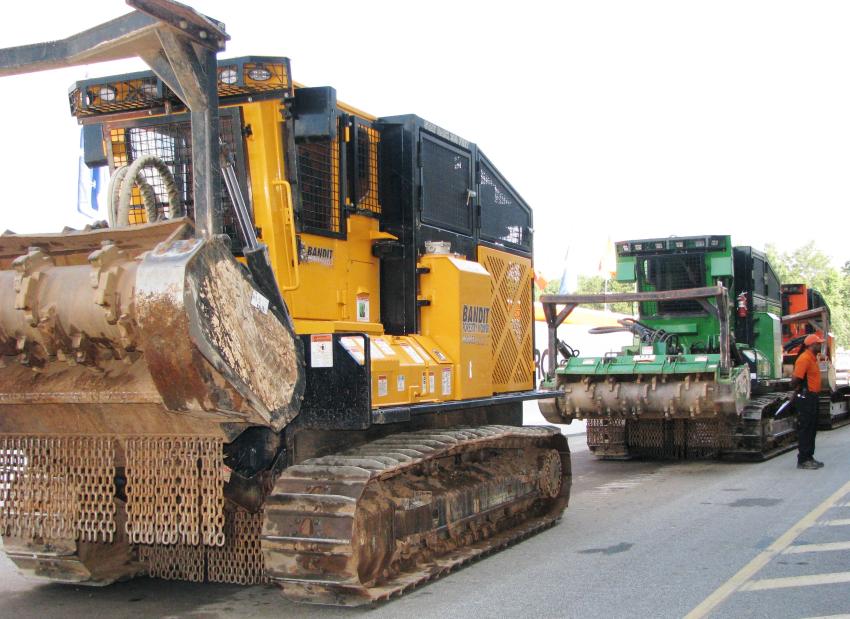 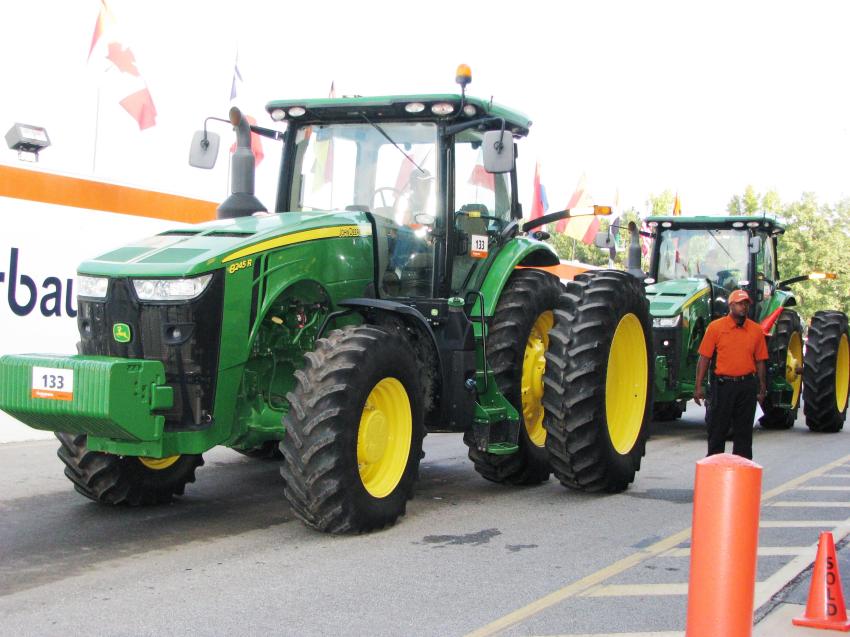 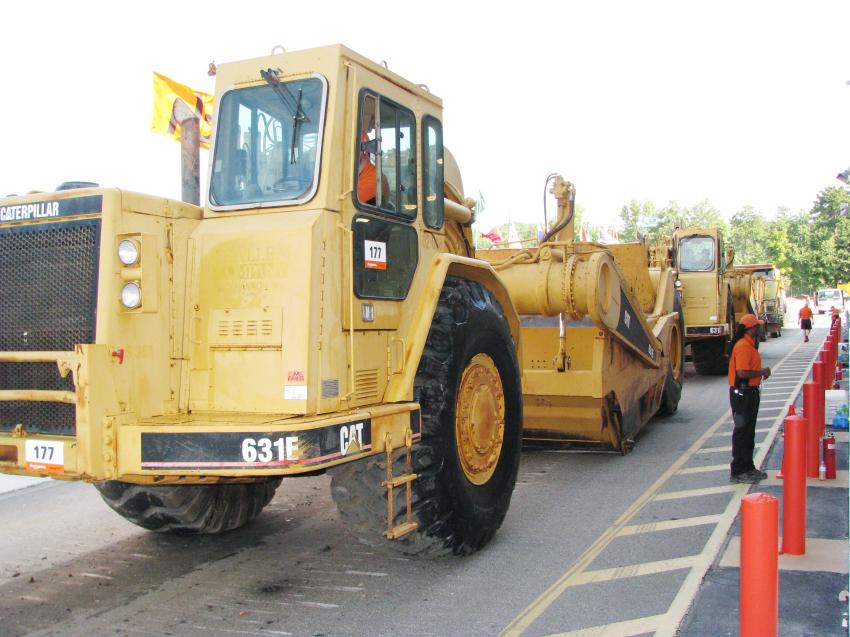 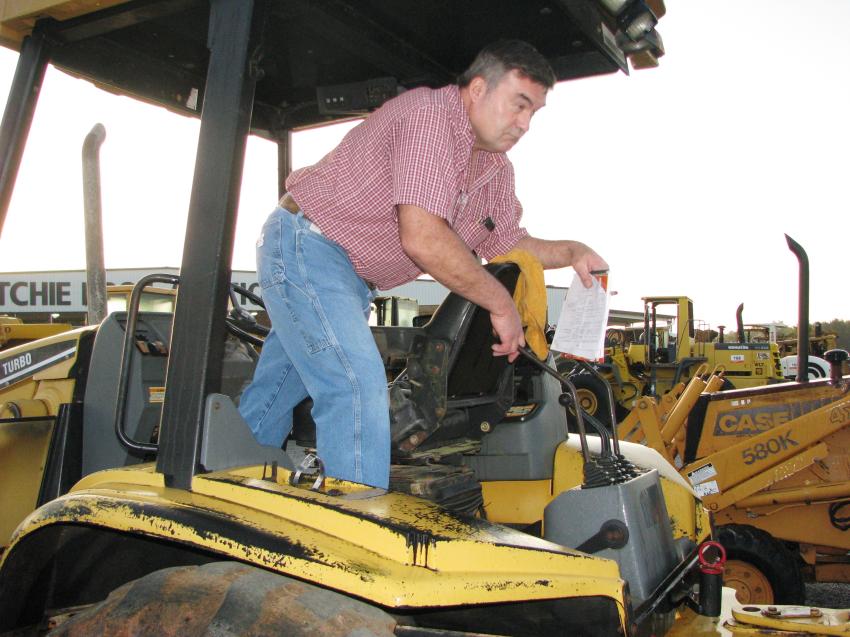 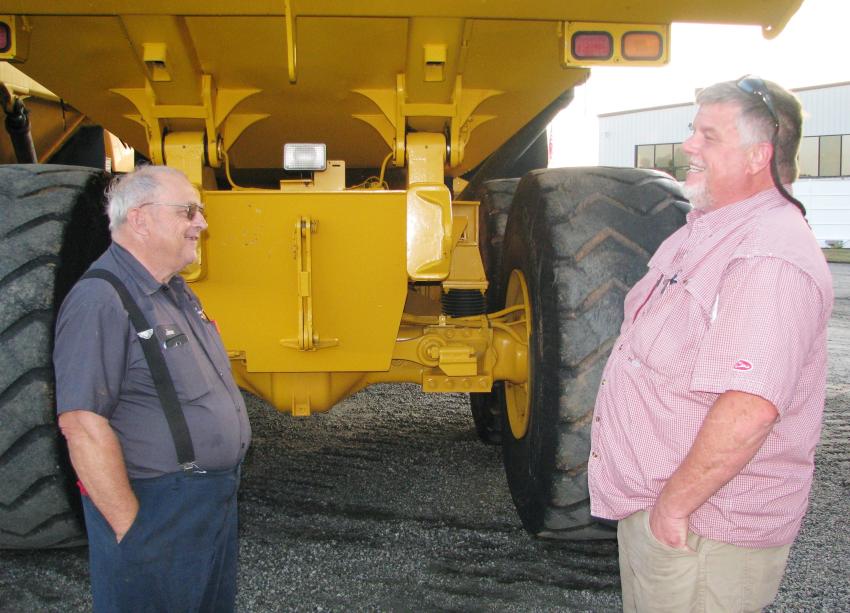 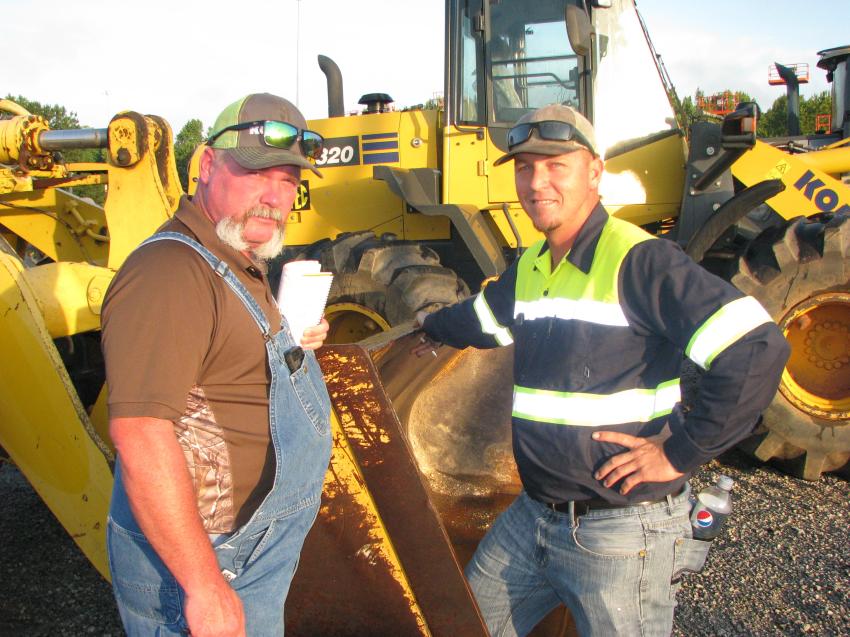 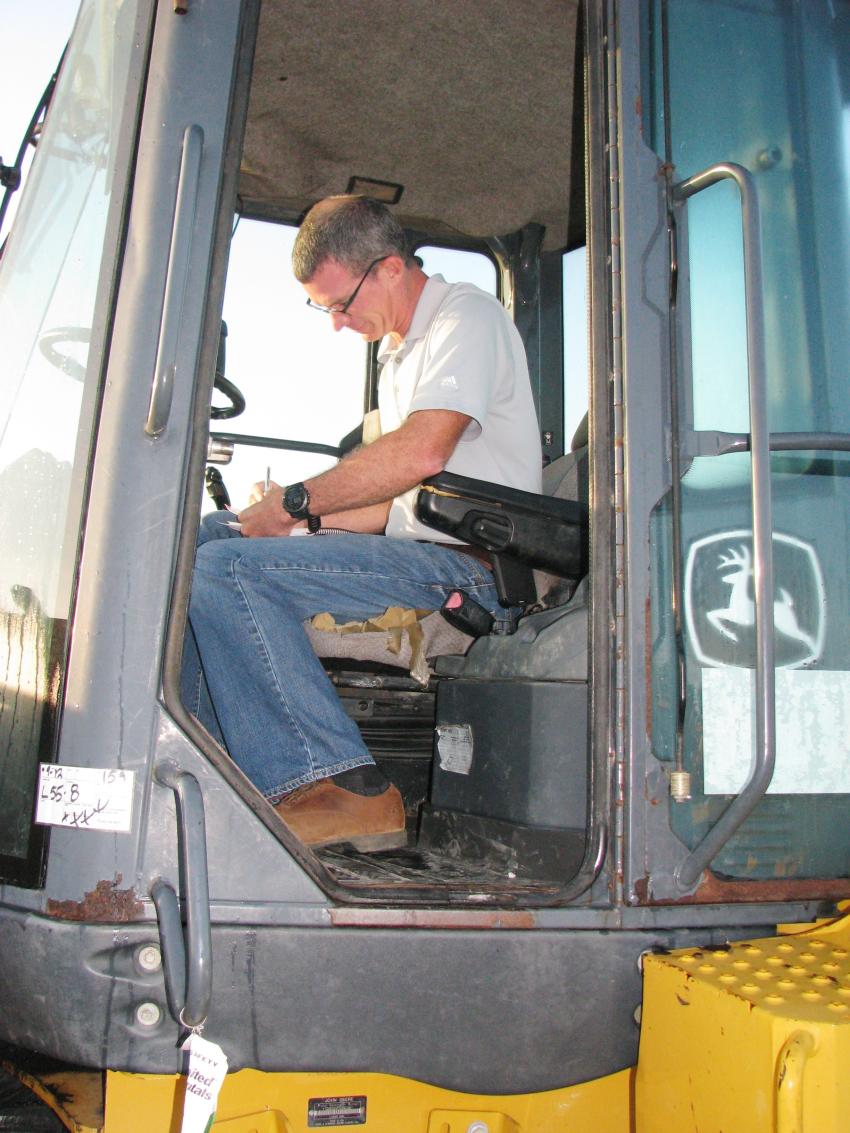 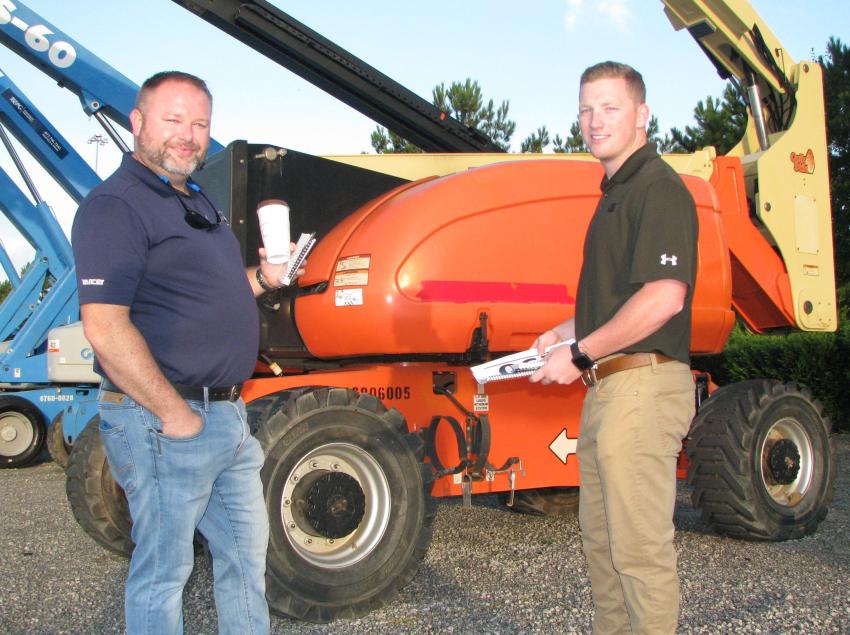 Patrick Nutt (L) and Corey Fehribach of Yancey’s CAT Rental Store, Austell, Ga., look over some of the later model JLG lifts in the sale. 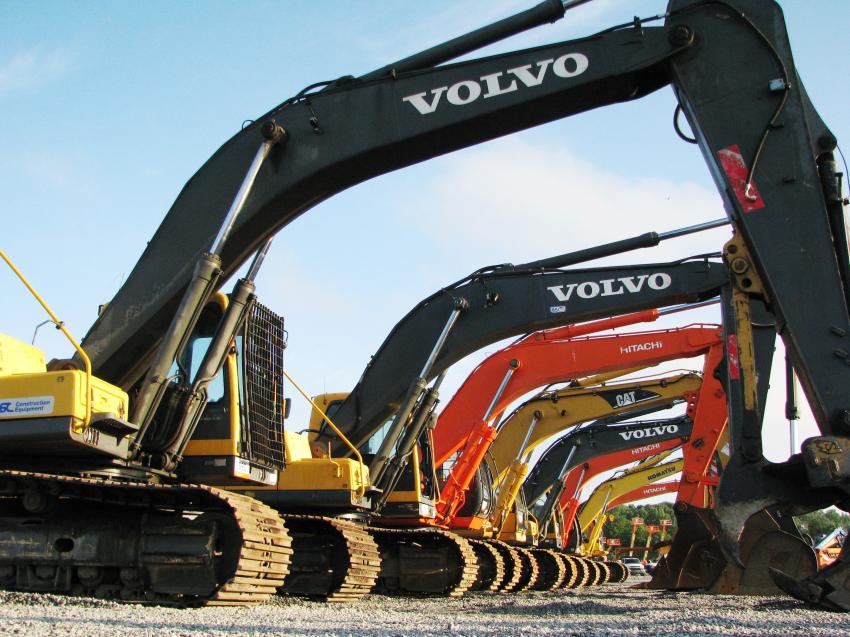 An extensive selection of Volvo, Cat, Komatsu and Hitachi hydraulic excavators were available at this sale. 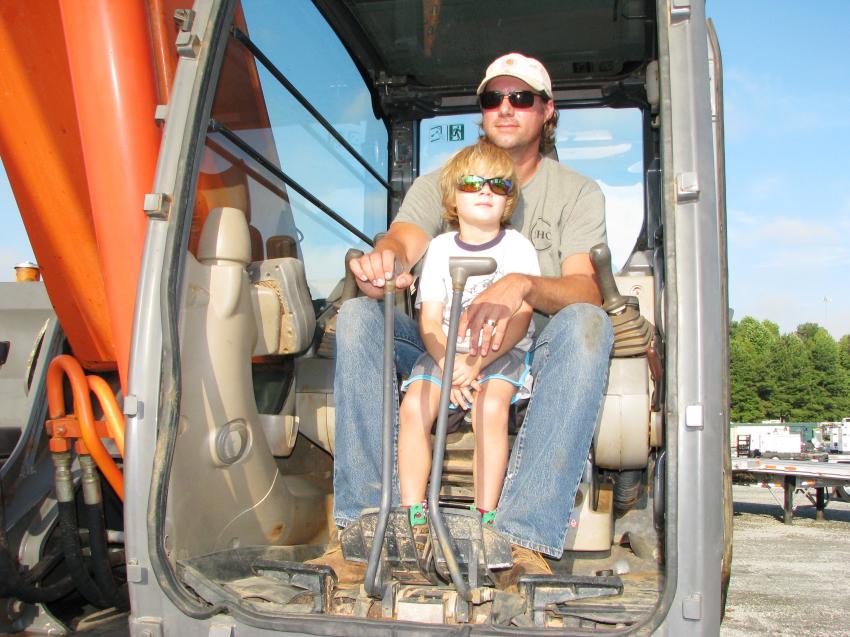 Demolition contractor, Thomas Bush and his five-year-old son, Dillon, of the Henry Hudson Company, Valley, Ala., were out looking for a Hitachi Zaxis 350 to buy.