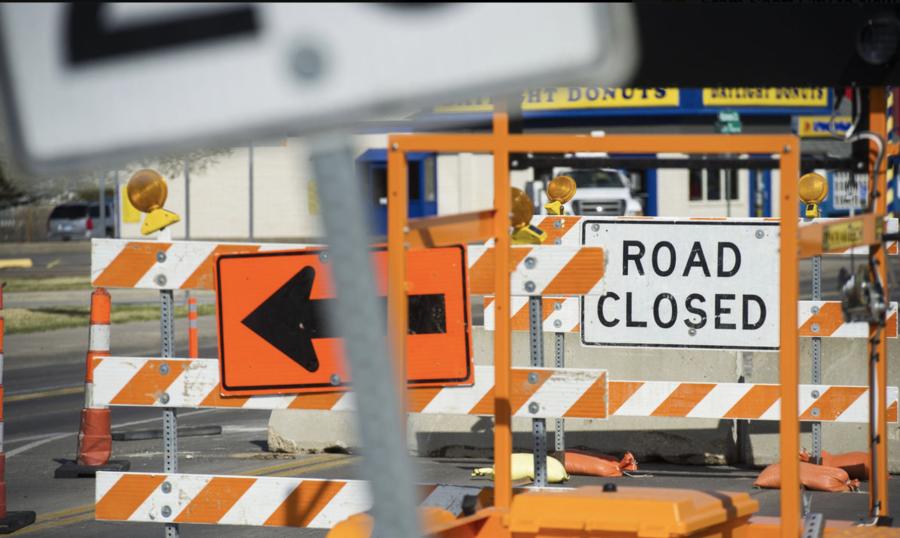 Photo by James M. Dobson of the Garden City Telegram.

A ruptured gas line Monday afternoon resulted in the temporary closing of Kansas Avenue between Main and Fifth streets.

Public Works Director Sam Curran said the gas line was ruptured at about 4:20 p.m. during road construction in the area, adding that no residents have lost gas services as a result.

“The gas line is kind of within the construction area of the road and just a little shallow,” Curran said.

The road has since been reopened, and Curran said no other damages were incurred. He encourages drivers to drive slowly through the construction zone.

The construction is part of a project by the city to widen Kansas Avenue from Main to Third streets. Lane and street closures will persist as part of the project through late August.

The construction segment between Main and Fifth streets is the first installment of a six-phase project expected to last until April 20.

The two south lanes of Kansas Avenue are closed during the first phase, but the north traffic lanes remain open, with one lane carrying traffic eastbound while the other carries traffic westbound. No left turns are allowed in any direction.

The City of Garden City and the Kansas Department of Transportation are jointly funding the project, which is expected to cost $1.18 million.

For more information on the project and the scheduling of its six phases, visit www.garden-city.org.

*CEG would like to note that due to an increase in the amount of construction work that will be coming with the warmer weather that this type of unfortunate event tends to happen more frequently. For the safety of your crew and community please dial 811 at least a few days before you start any digging project. A full article about the importance of digging safely can be found here.