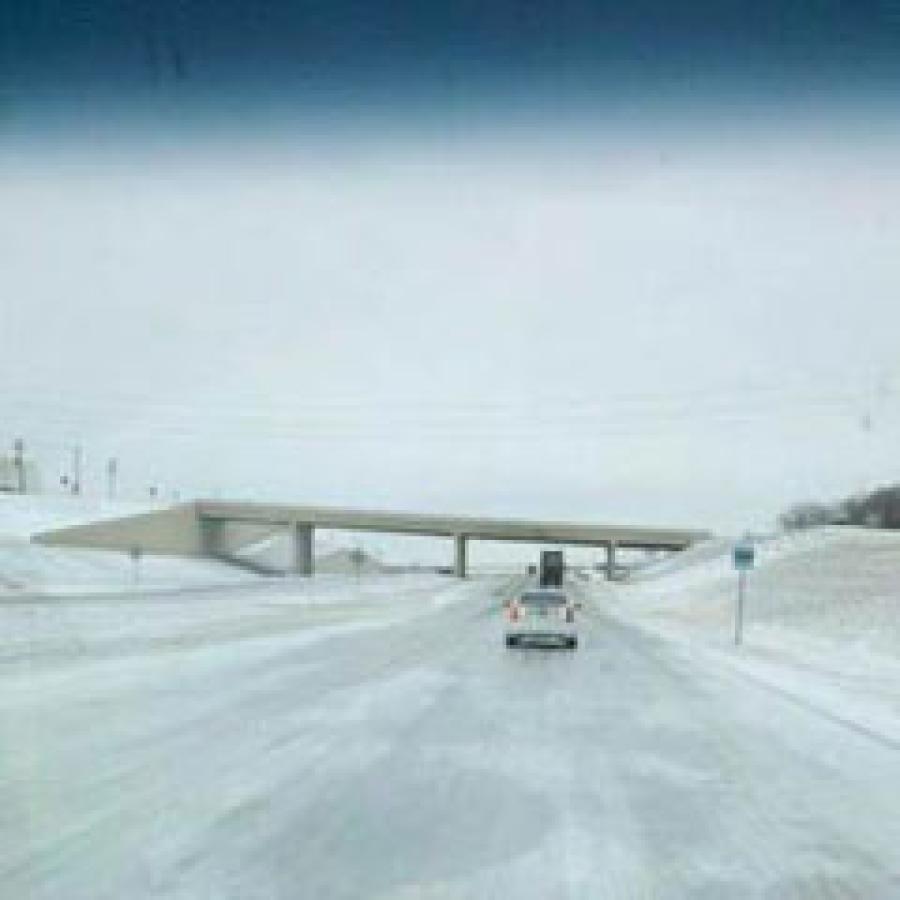 Maintenance crews in the TxDOT El Paso District rural offices are readying resources for the upcoming winter season. Unlike maintenance crews in many parts of the state, crews in the District's five rural counties (Brewster, Culberson, Hudspeth, Jeff Davis, and Presidio) have to treat roadways in a vast area of far West Texas. The long distances can create challenges for crews when winter storms arrive.

Due to the size of the TxDOT El Paso District and the allocation of resources, roadways in the six-county area are prioritized during a winter weather event with I-10 taking top priority followed by high travel, high population U.S. and state highways in the rural counties that connect area cities to that region's only hospital in Alpine.

"A fixed amount of resources and the severity of the weather event dictates what we do, when," said Bob Bielek, TxDOT El Paso District engineer. "Resources in El Paso, Hudspeth, Culberson, Presidio, Brewster and Jeff Davis counties will first be assigned to cover I-10; remaining resources will have an emphasis on pre-treatment of other potentially affected roadways ahead of inclement winter weather."

Crews winterize roads by applying brine, a salt and water mixture, ahead of freezing temperatures. It is a fast-moving operation that has minimal impacts to the traveling public. Drivers will see a three-vehicle moving convoy with brine treatment signs and should stay away from the trucks. Should drivers get brine on their vehicle, they should rinse the affected area with water.

The majority of the highways in the rural area are two lanes with intermittent passing lanes. Vegetation changes from mountainous Alpine type to Chihuahuan Desert. Terrain varies from flat land to mountainous and altitude differs more than one mile from the Guadalupe Mountains at 8,700 ft. on the District's northern border to Presidio's 2,500 ft. on the District's southern border. The variances pose a challenge.

"The I-10/I-20 split is a remote area and a long distance for El Paso and Odessa maintenance sections to reach, and the Pine Springs, Guadalupe Mountains area, is a steep slope that gets very icy due to the high altitudes," said Bielek.

As a reminder, people should travel only if absolutely necessary, and they should not go around barricades. Crews will work with law enforcement to close roads if the roads are not safe to drive.