A new look and a hefty price tag for the historic location in San Francisco. 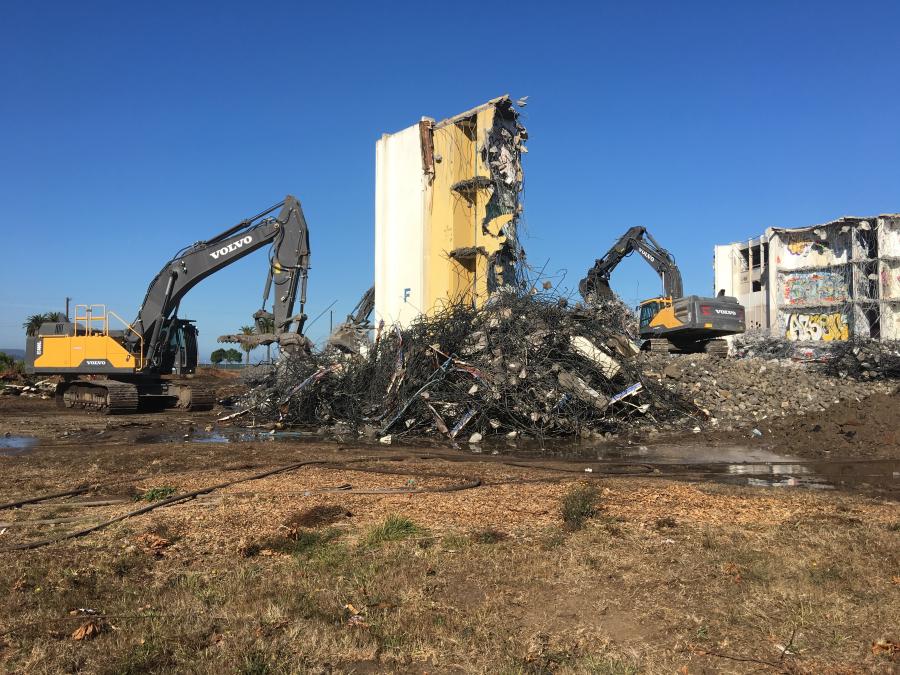 Once the site of a World's Fair and then a U.S. Naval station, San Francisco's Treasure Island is taking on a new look as a large, but ecologically-focused and sustainable new residential and retail development.

Great scenery, protected ecology, water reuse and energy efficiency serve as attractions to the development that will be built over the next 20 years. The cost of infrastructure and site improvements is estimated at $1.9 billion.

The project will be built in phases.

The first phase of construction will take two to three years to complete and feature about 2,100 homes. The cost of the public improvements in the initial areas of construction is $180 million.

Demolition and infrastructure work started in spring of 2016. It required hauling in large amounts of dirt and making sure the development site was seismically sound.

Construction of the first new homes is slated to start in late 2017.

Treasure Island was initially built in 1936-37 for the 1939 Golden Gate International Exposition. The island also served as home to Naval Station Treasure Island starting in 1941.

The Navy sold about 450 acres to Treasure Island Community Development for $55 million. The Navy is now responsible for an environmental cleanup of the site including areas affected by radioactive contamination.

“The home sites will represent less than one-third of the purchased acreage,” Beck said.

The remaining property including parks, open space and the streets will remain in Treasurer Island Development Authority ownership.

“The current plan is that 2,173 of the 8,000 units will be affordable units,” Beck said. “Of these, not less than 435 will be developed by the agencies of the Treasure Island Homeless Development Initiative including Community Housing Partnership, Catholic Charities, Health Right 360 and Swords to Plowshares.”

The initiative's mission is specifically to provide housing to the formerly homeless.

“The other homes will be market rate units,” Beck added.

Most of the homes will be sold to buyers, but rentals could be part of the mix. Much will depend on market demand for homes. Large homes will not be the main focus of the development.

“Most of the homes will be between one and four bedrooms, but some studios are also likely,” Beck said. “The range of square footages is likely to vary considerably, but majority of units will likely fall within a range of 600 and 1,200 sq. ft.”

Treasure Island had been approved for construction in 2011, but a lawsuit by Aaron Peskin, now a member of the San Francisco Board of Supervisors, halted progress until the suit was resolved in 2014.

A revised and more environmentally-friendly construction plan was then developed.

Treasure Island is connected by roadway to Yerba Buena Island, which connects to the Oakland Bay Bridge.

Included in the design of the new Treasure Island Development is a transportation network for the islands. The network is designed to accommodate pedestrians and cyclists and to encourage sustainable transit-oriented choices for travel.

One of the key project attractions is a Treasure Island park system with a diverse array of urban public spaces that are integrated with new neighborhood development and provide a connection with the ecological and experiential qualities of the Bay. More than 300 acres of the project area will be devoted to parklands, wetlands, recreational sites, trails and native habitat.

The new development will be constructed with energy efficiency in mind.

It will include a solar farm and solar panels on homes. Treasure Island will have its own wastewater treatment system that utilizes recycled wastewater for irrigation.

Although much of the project will be located on Treasure Island, some of the new homes will be nestled against the steep slopes of Yerba Buena Island, holding roughly to the development areas laid out by the Navy.

That will allow preservation of natural vegetation and landform along with historic structures and gardens on Yerba Buena.

In total, it is estimated that 3 million cu. yds. (2.3 million cu m) of soil will be required, of which about 10 percent is currently stockpiled on the island in anticipation of the start of the geotechnical work.

The package for infrastructure improvements in the first sub-phase area on Treasure Island has been advertised.

Current heavy equipment in use at Treasure Island and Yerba Buena Island is limited to excavators and hoe-rams.

Two Neighborhoods Will Be Constructed

On Treasure Island, new homes will be arranged within a series of blocks. The homes will form two neighborhoods, one along the island's western edge with views of San Francisco, and a second stretching to the east along Clipper Cove.

The second neighborhood will have views of the new Bay Bridge and East Bay Hills.

The neighborhoods will share a retail main street linking the historic buildings along Clipper Cove to a west-facing ferry and bus terminal. The retail main street will create a regional destination and social heart for the new San Francisco district.

Design for the development grows out of the Treasure and Yerba Buena islands' natural setting and rich history.

Construction is expected to cause only minor impact on the Bay Bridge. New westbound on- and off-ramps were completed in October 2016 and a new eastbound off-ramp opened earlier in the year.

A new eastbound off-ramp should be completed before the end of 2017.

Economically, the project should benefit the Bay Area. It is expected to generate about 1,100 construction jobs.—CEG