Seattle's Big Tunnel Borer Gets Back to Work 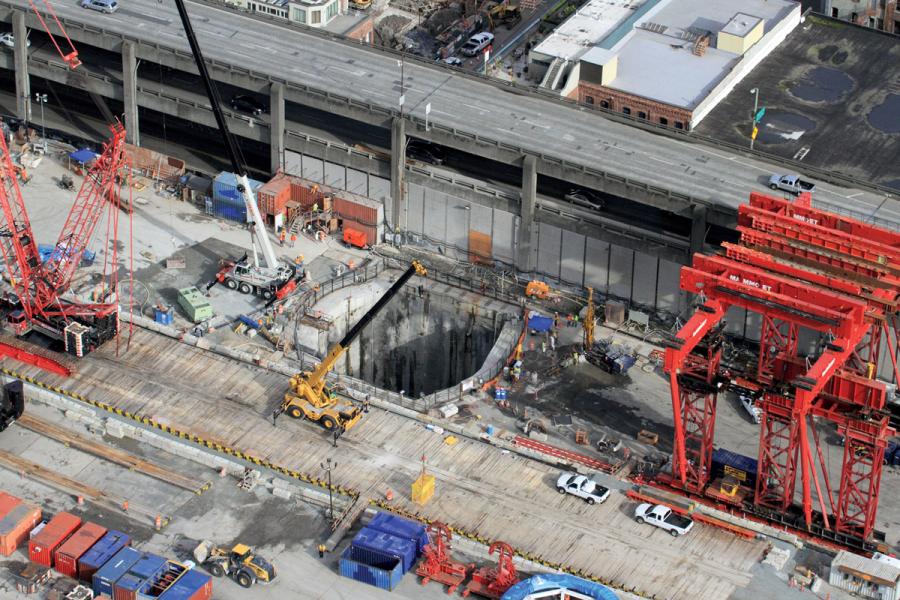 The state ordered STP to stop digging January 14 after a sinkhole formed behind Bertha.

Television News affiliate KING5 in Seattle is reporting that Bertha, the machine boring the State Route 99 tunnel under Seattle, resumed tunneling Tuesday after being shut down for more than a month due to safety concerns.

WSDOT announced Seattle Tunnel Partners resumed digging after getting conditional permission to lift the “suspension for cause” that halted tunneling.

The state ordered STP to stop digging January 14 after a sinkhole formed behind Bertha. The hole was 35 feet long, 20 feet wide and 15 feet deep. Two days before that, a barge used to haul dirt from construction partially tipped, damaging a pier.

“As part of the conditions for lifting the suspension for cause, STP will be permitted to tunnel forward and install approximately 25 concrete tunnel rings. During this time, they must demonstrate that they have implemented a number of changes to ensure they can safely continue mining,” WSDOT said in a press release.