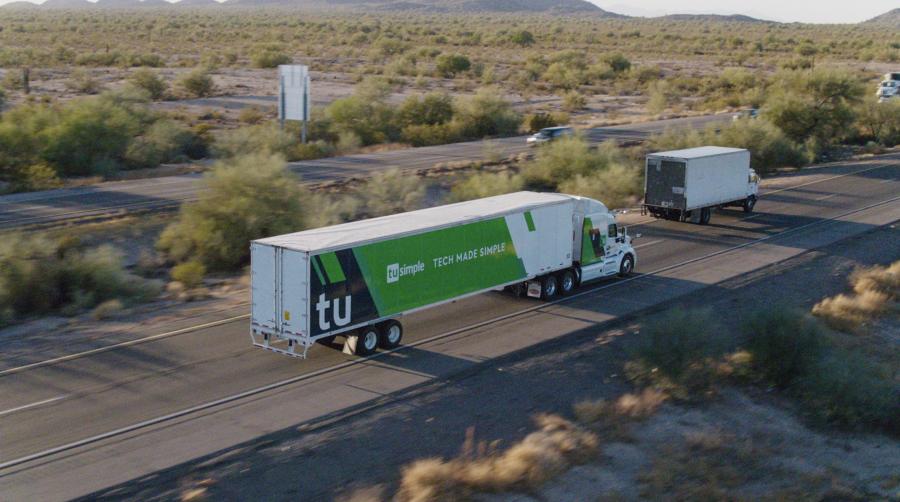 TuSimple, a global self-driving truck solutions company, announced plans for further expansion in Tucson, Ariz. The company has been testing its Level 4 Class 8 autonomous trucks in the state of Arizona for more than a year and recently began generating revenue hauling freight for commercial carriers in the state.

To support its growing development program, TuSimple projects it will create 500 new jobs across a variety of fields ranging from engineering and autonomous truck driving to office management.

The company also will expand its autonomous fleet to 200 trucks in the United States by 2019. With 500 trucks worldwide in 2019, TuSimple will be the world's largest autonomous truck fleet. The expansion has a projected total economic impact of $1.1 billion over the next five years.

TuSimple is on a mission to create the world's safest self-driving semi-truck perception system. TuSimple's camera-centric system has a vision range of 1,000 meters — farther than any other perception system today — and can “see” 360 degrees around for a pixel-level interpretation of the visible environment, enabling the vehicle to locate itself within four inches of the road at all times, according to the company.

In 2017, TuSimple secured $23 million in a Series B funding round, and the company raised an additional $55 million of Series C funding in November of 2017.

“Arizona has actively supported the research and development of autonomous vehicles, and we are pleased to be expanding our footprint in the state,” said Xiaodi Hou, CTO and co-founder of TuSimple. “We thank Governor Ducey and our community partners for their generous support.”

“In Arizona, we're committed to encouraging new technologies,” said Gov. Doug Ducey. “TuSimple's original expansion into our state, and this announcement to expand even more are a testament to the environment we've created here, one that is business-friendly, where innovators do what they do best: innovate.”

“Under Governor Ducey's leadership, Arizona's focused on disruptive technology trends, and autonomous driving is undoubtedly one of those trends,” said Sandra Watson, president & CEO of the Arizona Commerce Authority. “It's exciting to have a forward-thinking company developing cutting-edge technology here in our state, the best place to launch, test and scale new ideas.”

Pima County District 3 Supervisor Sharon Bronson said, “This is an exciting announcement and we wish TuSimple continued success. The company's decision to expand its operations in Pima County is a testament to the strength of the region's technology sector momentum and the growing role this region will play in designing and manufacturing components for autonomous-driving systems. It also adds to our regional reputation as an important center for logistics. TuSimple pays well above the regional median wage, adding significantly to the region's highly-educated, high-paid workforce, which is exactly the type of workforce we're working to expand in the county.”

“Tucson welcomes the 500 new jobs TuSimple is bringing to the community,” said Mayor Jonathan Rothschild. “New technologies continue to evolve and it's important that Tucson be a city that can attract and retain the jobs of the future. TuSimple's decision to locate and expand here is just the latest demonstration that our city is on the right track."

“TuSimple's autonomous truck technology will be a game changer in the transportation world,” said David G. Hutchens, chair of Sun Corridor Inc. and president and CEO, UNS Energy Corp, Tucson Electric Power & UniSource Energy Services. “We want to be known as the location where technology companies like TuSimple can grow and thrive.”

“Just a year ago, TuSimple chose Tucson for a new testing location, adding 100 new high-wage jobs,” said Joe Snell, president and CEO, Sun Corridor Inc. “Since then, they have moved to larger facilities and now are dramatically expanding their workforce. This is a great testament to the confidence in our region and the ability of innovative businesses to operate on a large scale in Tucson and Southern Arizona.”