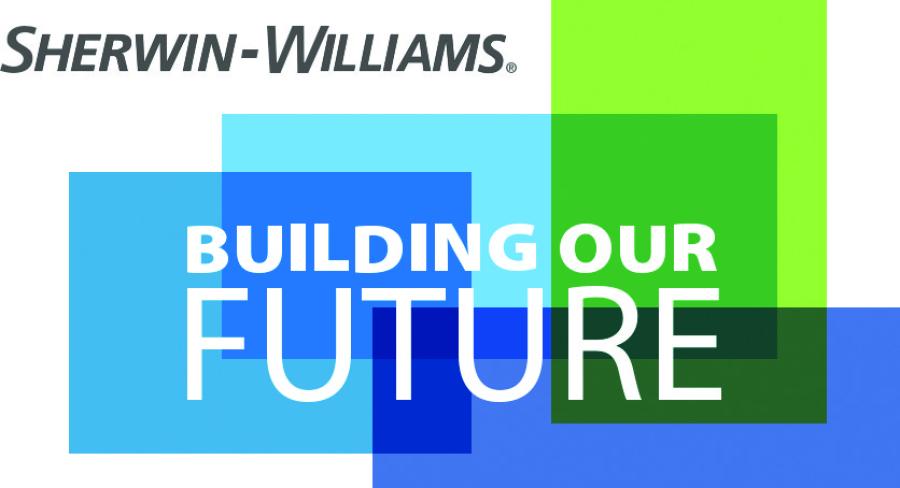 The Sherwin-Williams Company announces it is finalizing plans to build a new global headquarters in downtown Cleveland and a new R&D center in the Cleveland suburb of Brecksville. The plans follow an extensive competitive site selection process and are contingent upon completion of standard due diligence; approvals of incentives and other matters at the state county and city levels; and resolution of business and legal matters that accompany such major real estate investment projects.

"Our plans to continue investing in Cleveland and Northeast Ohio build on our 154-year legacy as one of the region's top employers and drivers of economic activity," said John G. Morikis, Sherwin-Williams chairman and chief executive officer. "Driven by our continued need to serve our customers at the highest level and retain and attract top talent, we intend to create a next-generation workplace environment that ignites creativity, collaboration and industry-leading innovation. We currently operate out of a 90-year-old headquarters building that has served us well but is no longer conducive to meeting our future needs. The major planned investment in Cleveland and Northeast Ohio we are announcing reflects our confidence in the continued strength of the region and its people and our public partners' ability to deliver on their commitments."

Preliminary plans call for Sherwin-Williams to invest a minimum of $600 million to build both facilities. The planned new global headquarters would be in downtown Cleveland just west of Public Square between Saint Clair Avenue and Superior Avenue and would be approximately 1,000,000-sq.-ft. The planned new R&D center would be in Brecksville, conveniently located off I-77 at Miller Road and Brecksville Road. The R&D center would serve as the corporate anchor for a new mixed-use development project and would be approximately 500,000-sq.-ft.

Combined, the two facilities would house more than 3,500 employees with room to accommodate significant future growth. Sherwin-Williams estimates it would add a minimum of 400 jobs at these facilities over time, an increase of 11 percent to the company's current local workforce. Many of these jobs will include professional staff, engineers and chemists.

"We are pleased to be a partner with Sherwin-Williams on this highly-competitive project," said Gov. Mike DeWine. "The state of Ohio, JobsOhio and our regional and local economic development partners have been focused on keeping one of Ohio's leading companies right here where they belong. Sherwin-Williams is an important part of the Cleveland and Northeast Ohio community, and the announcement will provide good jobs and strong economic activity for Ohioans for years to come."

Sherwin-Williams has conducted a national search and explored multiple potential sites in other states as part of this project. The company acknowledges their efforts and appreciates the thoroughness of the offers received. After a detailed analysis, the proposals from the state of Ohio, JobsOhio, Cuyahoga County, the city of Cleveland and the city of Brecksville have proven to be the most attractive in enhancing our ability to serve customers and retain and attract top talent over the long term.

"Sherwin-Williams has been a part of the fabric of our community for 154 years. A new global headquarters in Cleveland lays the foundation for the next chapter for both Sherwin-Williams and our city's history," said Cleveland Mayor Frank G. Jackson. "Cleveland has two of the largest business districts in Ohio, with world-class health care and arts and entertainment options, all connected to our thriving residential neighborhoods. The robust and vibrant quality of life here attracts the world's best and brightest talent, as does our proximity to 25 colleges and universities in Northeast Ohio. Sherwin-Williams recognizes these important strengths of Cleveland."

"We are excited about Sherwin-Williams plans, which would bring an infusion of jobs and additional tax revenue into our community," says Brecksville Mayor Jerry Hruby. "We believe the new R&D center in Brecksville would be a catalyst to attract increased office, residential, hospitality and retail investment."

The R&D center and global headquarters project continues to be a multi-year process. The transition to the new facilities is not expected to occur until 2023 at the earliest. No announcements have been made regarding construction partners, and no decisions have been made regarding the disposition of the company's current R&D center and headquarters, located in Cleveland at Canal Road and W. Prospect Avenue, respectively.