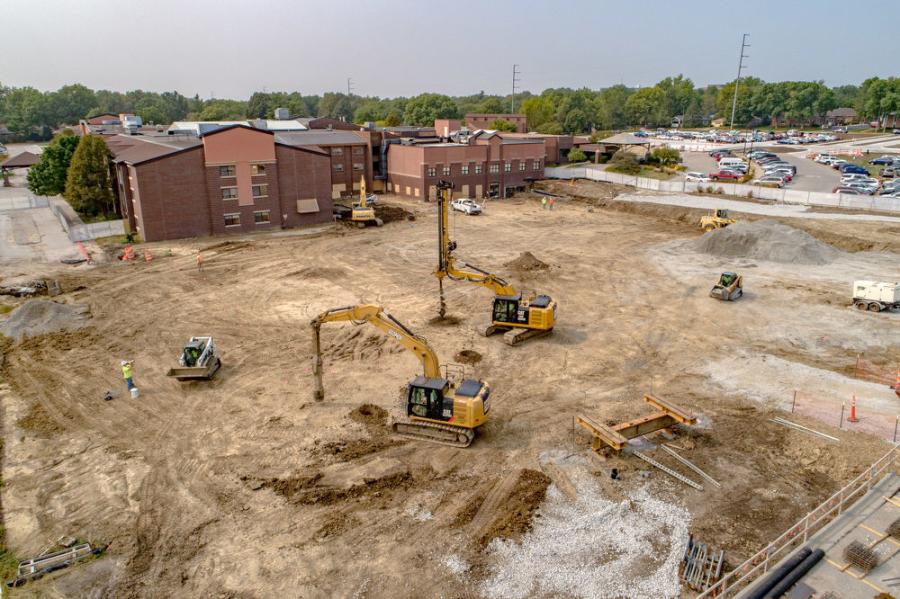 Equipment on site includes excavators; bulldozers for leveling the ground using GPS technology; and side and standard dump trucks.

As crews worked to compact soil while completing site preparation for the expansion of the Madonna Rehabilitation Hospital's Lincoln, Neb., campus, they just couldn't achieve compaction.

So, they began digging to find the unsuitable soil. But that's not what they found.

"When we started digging down to find out if it was just unsuitable soil, we unearthed a couple of buildings," said Dan Griess, vice-president of facility and ancillary services. "Instead of excavating the basement, they just covered them up. We also ran into two structural slabs. More recently we uncovered two underground storage tanks full of water that were buried about two feet below the concrete pad that was poured for a parking lot. It's been interesting to find a few of these relics from 80 years ago or longer." 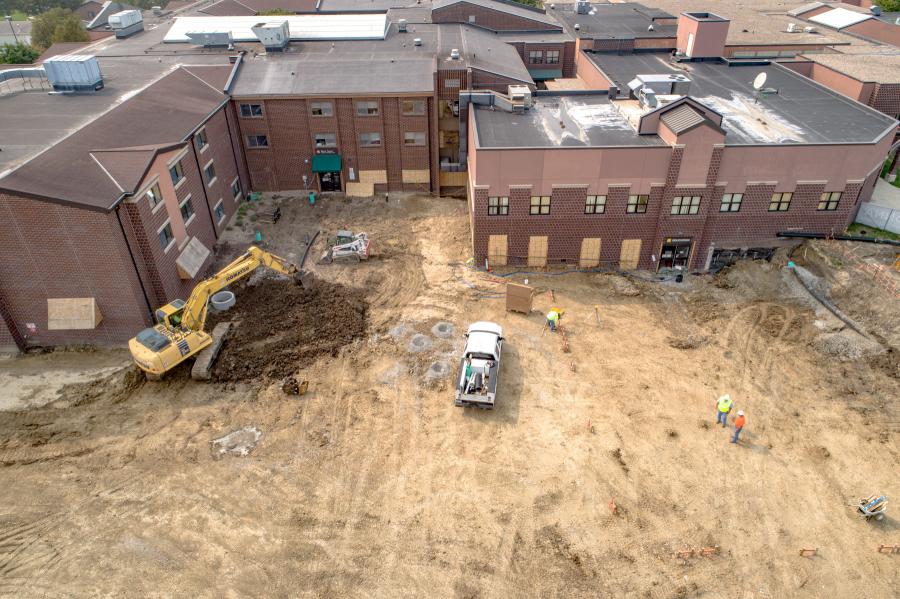 The $57 million project includes the addition of 112,496 sq. ft. to the existing 460,000 sq. ft. and the renovation of 50,000 sq. ft. There also is an 11-phase parking lot and entrance project, as well as the installation of new sewer lines around the footprint of the proposed building. The new structure facade will feature steel panels, brick and an abundance of glass, as designed by Davis Design. Sampson Construction was awarded the bid for the building.

"We're excavating old soil, bringing in some new soil. The fundamentals of infrastructure we are spending solid time on now are going to reap benefits going forward," Griess said.

Equipment on site includes excavators; bulldozers for leveling the ground using GPS technology; and side and standard dump trucks. Contractors exported 12, 375 cu. yd. of dirt and imported 6,375 cu. yd. back. Also, 4,600 cu. yd of concrete rubble was hauled away, 5,100 cu. yd. was used in site preparation and 3,200 cu. yd. in the shell package.

The hospital faced a problem early on with a lack of overhead space above the ceilings. To solve that, they are using a "chilled beam system" for heating and cooling. The system has a narrow profile — unlike forced air.

"Essentially you present chilled water to it, premixed through a valve and then these chilled beams use a kind of induction," Griess said. "There are a bunch of advantages to using chilled beams. The units in the ceiling provide heating and cooling. The regulation for air exchanges for patient rooms has been six, meaning the room air has to exchange six times an hour. With the use of the chilled beam system, the standard was reduced to two. The other great thing about the chilled beam solution is the energy efficiency. We can operate much more efficiently from an energy perspective than from the forced air solution."

The system has been well documented in Europe, but is still a fairly new use in the United States, he said. While it's been around for decades, it's had a reputation of not being able to control humidity. When the dew point reaches a certain point, condensation happens. 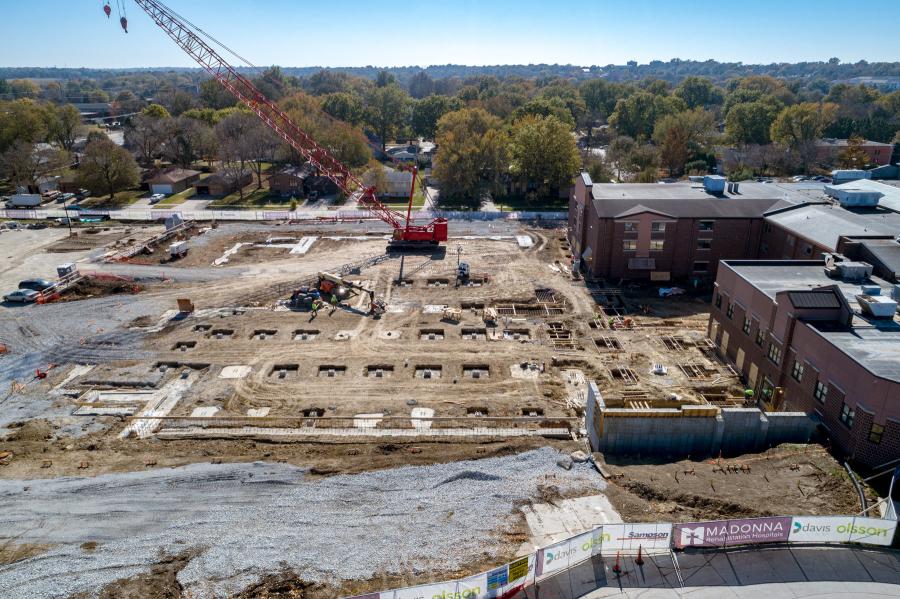 "In the last 50 years, they have been able to control the temperature of the supply water and made some changes so you can detect the dewpoint to mitigate risk of condensing so it doesn't start raining," Griess said, noting the phenomena of indoor rain has been reported in the New Orleans Superdome. "There are only a handful of chilled beam applications in eastern Nebraska. We may be one of the first and possibly only health care facilities in our region moving in that direction. For us, it's going to be a great fit.

"This will be the first use of Delta Beams in the state of Nebraska. They are a narrow height/profile steel beam that is trapezoid in shape with a ledge to carry hollow core on one or both sides. They have holes in the side/web so that rebar can be run through the beams and be inserted into the hollow core slab. When the hollow core is in place the entire Delta Beam and a portion of the hollow core is grouted full to tie it all together."

While the chilled beam system works in patient rooms, it is not as efficient in large spaces, such as conference rooms and public spaces. That's because the system doesn't cool a room as quickly as forced air. The hospital will use forced air in those spaces.

"These foundations we uncovered were probably holding up the two stacks located on property prior to us buying it," Griess said. "It looked like some kind of utility plant that may have generated electricity for a small business or small community of some kind yet unknown."

The new patient wing is expected to be complete in November 2021, with the entire project slated for completion in January 2023. CEG