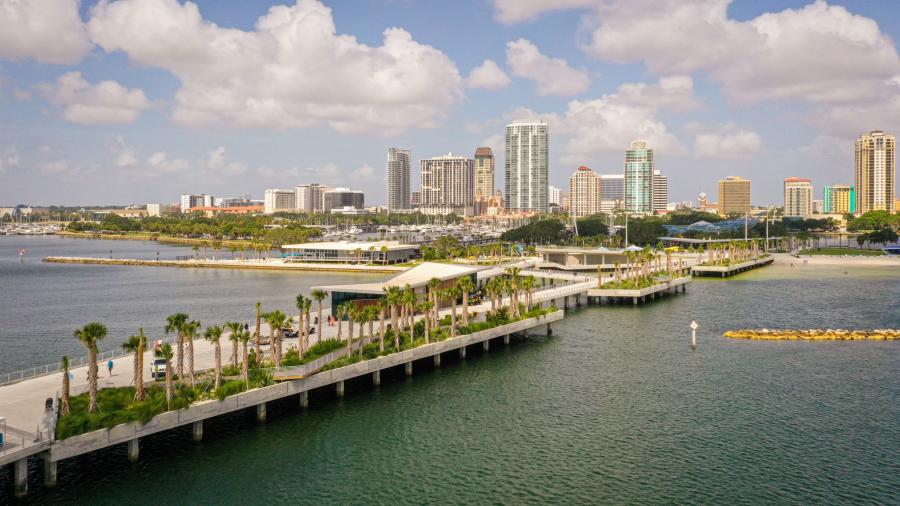 Skanska announced the completion of the St. Petersburg Municipal Pier and Pier Approach situated in the heart of downtown St. Petersburg, Fla.

Skanska announced the completion of the St. Petersburg Municipal Pier and Pier Approach situated in the heart of downtown St. Petersburg, Fla.

With breathtaking views of the waterfront, The Pier District includes a variety of dining and shopping options, interactive experiences, a spacious family park with a custom-built, million-dollar playground, fishing pier, art installations, beach area and more.

"Skanska has been a tremendous partner for us in St. Petersburg and we will forever be grateful for both their expertise and their dedication to this ambitious, generational project," said City of St. Petersburg Mayor Rick Kriseman.

The City of St. Petersburg engaged the public in the project to redesign and redevelop the pier, with Skanska selected to provide preconstruction and construction management services for both the Pier and the accompanying Pier Approach focused on elevating the pedestrian experience.

The Pier, which was designed by Rogers Partners, ASD | SKY, and landscape architect Ken Smith Workshop, is the eighth pier St. Petersburg has had since the late 19th century. With a rich history that dates back 130 years, the original pier was built in 1889. The Pier Approach was Designed by W Architecture, Landscape Architecture LLC and Wannemacher Jensen Architects.

"Our team is immensely proud of their contribution to such an impactful project. The St. Pete Pier District will serve the community for generations to come," said Michael C. Brown, Skanska's executive vice president and general manager of Florida building operations.

"Skanska's construction team worked in close collaboration with the architects, the City of St. Petersburg and local residents every step of the way to ensure the improvements and reconstruction preserved the integrity of a defining part of the City's history."

The highly anticipated opening of the 26-acre pier marks a historical moment for the St. Petersburg community as The Pier District is set to become a waterfront destination for local families and visitors from across the country and beyond. One of the Pier Approach project's most unique artistic installations is the ‘Bending Arc,' a sculpture by internationally renowned artist and Tampa Bay native Janet Echelman. The billowing net sculpture stands more than 75 ft. in height at its tallest point and spans over 1.5 acres above the park's tree canopy and brilliantly shines at night with colored LED specialty lighting. 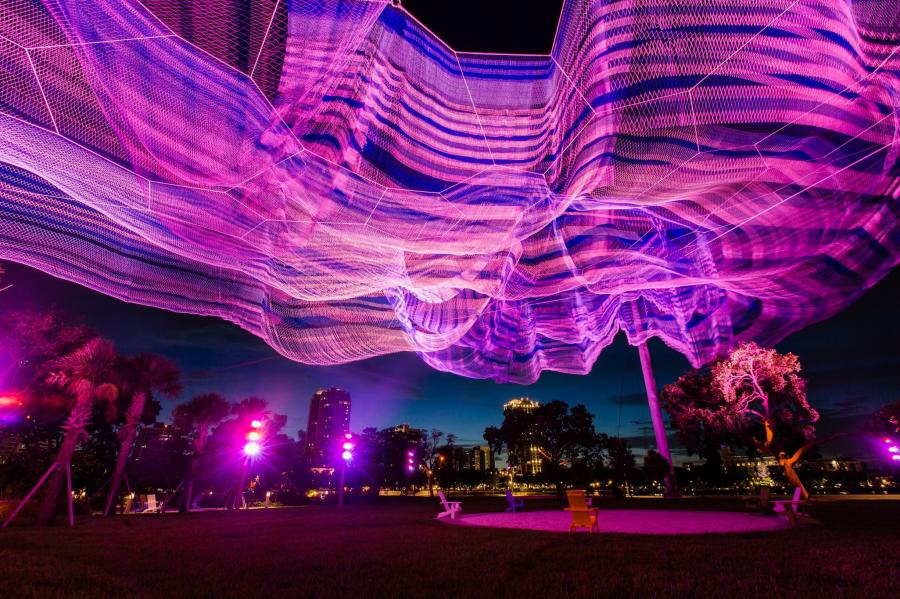 Other project components include an interactive splash pad, tilted lawn, the Spa Beach Pavilion, the Marketplace with its Solar Shade Structures and Market Stalls, the 35,000-sq. ft. pier plaza, the five-story Pierhead building, and the Tampa Bay Watch Discovery Center.

Among the Pier's resiliency and sustainability elements are five of the previous pier's caissons that were preserved and are now being used to support the fishing deck of the new pier. The new 24 by 24 in. precast concrete pile foundations were driven an average of 75 ft. below the mudline and are made with FDOT class five concrete, including admixtures for extreme marine environments and weather conditions and built to have a lifetime of at least 75 years.

In addition to taking wind, weather and hurricane risks into consideration when designing and building the structure, the new Pier has been elevated to consider projected sea level rise through the year 2100 as it was raised more than 5 ft. above that of previous piers.

Visitors can arrive via boat and dock at one of the courtesy boat slips to be completed in the fall of this year just inside the central yacht basin's entrance, south of Doc Ford's restaurant, or drive and park in a lot fit-out with solar photovoltaic canopies. Once visitors are at the park, they can hop on the eco-friendly trams that continuously run connecting the entire property.

With a long-term commitment to St. Petersburg and the broader Tampa Bay region, Skanska has built projects such as the recently completed University of South Florida (USF) Morsani College of Medicine & Heart Institute and Julian B. Lane Riverfront Park. Currently, Skanska also is building USF's new Research Park Mixed Use Lab and Office project in Tampa. 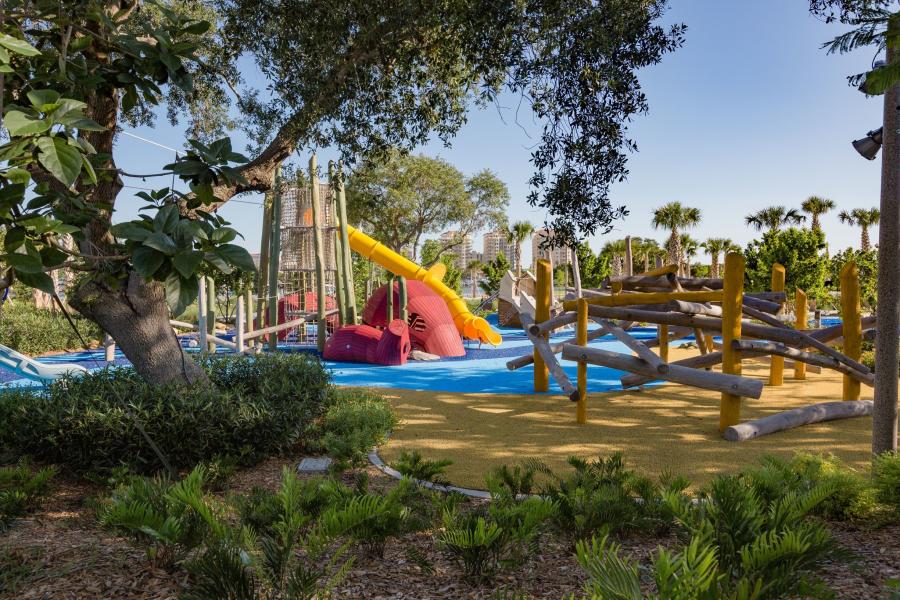