Smoother Rides Ahead for Highway Cyclists in Nebraska 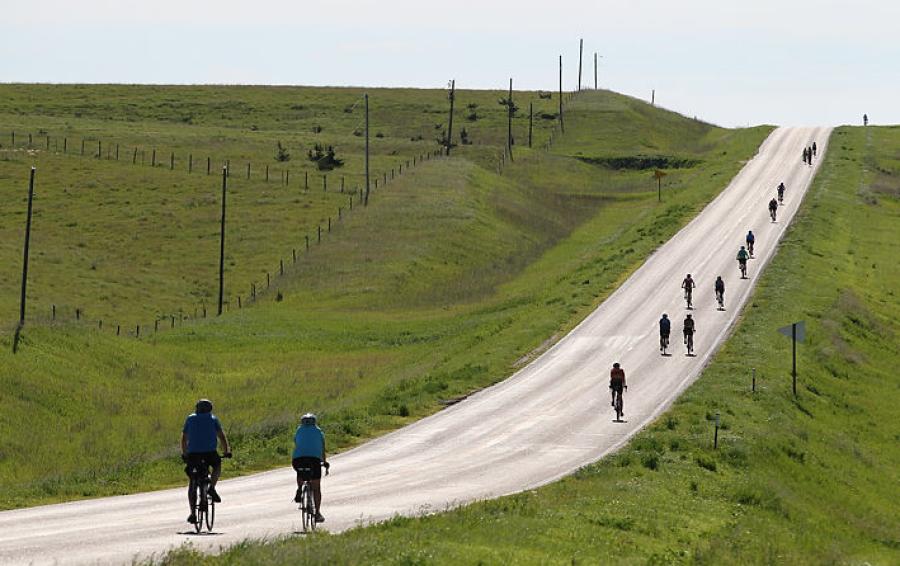 Nebraska officials are working to make the highways a smoother, safer place for cyclists to ride. (Independent/Barrett Stinson photo)

LINCOLN, Neb. (AP) Nebraska officials are working to redesign the state's rumble strips to give highway bikers a smoother and safer ride.

The new plan calls for regular breaks in rumble strips to help cyclists, and the design of rumble strips will be altered so they're not the same as center line strips, the Lincoln Journal Star reported. The state also will add uniformity to where it puts rumble strips, giving cyclists more predictable shoulders.

“We wanted to make sure the placement of the rumble strips was consistent, and not in the middle of the shoulder,' said Julie Harris, executive director of the Nebraska Bicycling Alliance.

“Having a gap allows a person on a bike to pick and choose where to get on and off without having that dangerous, jarring feeling,' Harris said.

State Sen. Robert Hilkemann, of Omaha, contacted the Department of Transportation about the issue after experiencing discomfort due to rumble strips on a biking trip in Wyoming.

“It's extremely jarring and, in some cases, it can be dangerous,' Harris said of the ground-out gouges of a roadside rumble strip.

The Nebraska Bicycling Alliance and Susan Larson Rodenburg, whose annual Tour de Nebraska takes hundreds of cyclists on five-day rides through the state, joined Hilkemann's efforts to refurbish the roads.

Harris said they came prepared with research from the Adventure Cycling Association and success stories from other states.

“We started having the conversation, and it was good timing,' Harris said. “They were very open to our suggestions.'