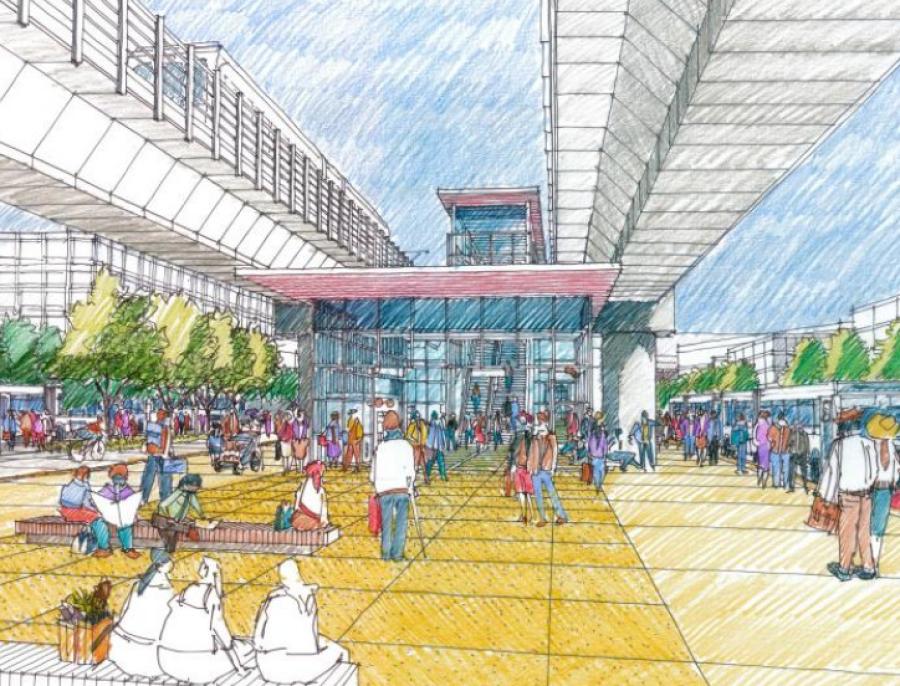 Sound Transit and its partners celebrated the start of construction of the 3.4-mi. Downtown Redmond Link Extension, which will extend the Blue Line from Redmond Technology Station into southeast Redmond to its terminus in downtown Redmond.

Upon opening in 2024 riders will enjoy fast, frequent and reliable service between the Eastside and Seattle, the University of Washington, Sea-Tac Airport and south Snohomish County. The extension includes two new stations at SE Redmond and Downtown Redmond. The segment's opening will follow the 2023 opening of light rail between Downtown Seattle and Redmond's Overlake area.

The project is the result of intensive collaboration between the city of Redmond, the King County Department of Natural Resources and Parks, King County Metro Transit and the Washington State Department of Transportation.

"Demand for transit on the Eastside will only increase as Redmond continues to grow as an area people want to live and work," said Redmond Mayor and Sound Transit Board Chair John Marchione. "Today we celebrate a win for transit riders, drivers and pedestrians who will soon travel quickly, easily and traffic-free between homes and workplaces in Redmond and destinations throughout the region."

"Today we celebrate a milestone in creating a world-class transportation system that will link communities across three counties," said King County Executive Dow Constantine. "Not only will Redmond, Marymoor Park and Microsoft be accessible by high capacity rail, but Sound Transit's community investments will help deliver long-needed connections between regional bike trails, making it even easier to get around without a car."

"Downtown Redmond's opening, just one year after the completion of East Link, will unlock transformative mobility and economic opportunities," said King County Council Vice Chair and Sound Transit Boardmember Claudia Balducci. "The 2024 opening will not only provide congestion-free trips to more jobs and schools across the region, it will create new connections to our most iconic parks and trails and it could spur much needed affordable housing on the Eastside."

"Sound Transit's investments are creating economic opportunity for thousands of working people including hundreds of good, family-wage jobs for skilled craftspeople here in Redmond," said Monty Anderson, executive secretary, Seattle Building & Construction Trades Council. "Through apprenticeships and training programs with this project, we are also building the next generation of construction workers from our local communities including women, people of color, veterans and others who are disadvantaged."

"Today's groundbreaking follows years of planning and partnership to complete the regional transit network to Downtown Redmond," said Sound Transit CEO Peter Rogoff. "Within five years our Link extensions to Redmond, Lynnwood and Federal Way, and Stride BRT service on I-405 and SR-522 will enable many thousands more riders to escape crippling traffic."

Stacy & Witbeck/Kuney, a Joint Venture is completing the final design and construction on the extension, which is scheduled to open in 2024. People traveling from downtown Redmond will be able to reliably reach downtown Bellevue in 18 minutes; Lynnwood in 69 minutes; the University of Washington in 49 minutes; Sea-Tac Airport in 72 minutes; and Federal Way in 87 minutes. Sound Transit predicts that by 2026 between 43,000 and 52,000 daily riders will use light rail to travel to and from Eastside destinations.

More information on the Downtown Redmond Link Extension is available at soundtransit.org/redmondlink.