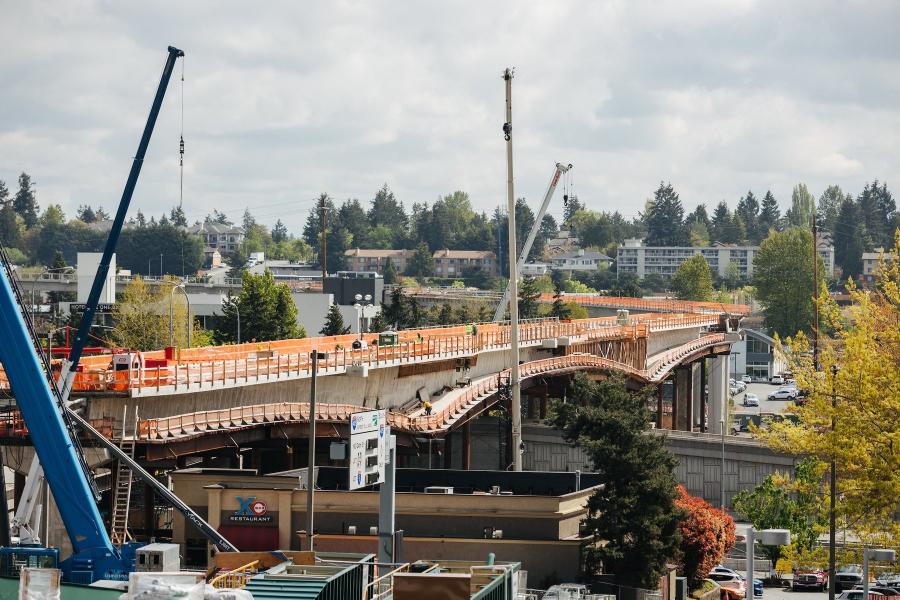 The design-build contract includes all work to complete final design and construction of 3.4 mi. of light rail guideway connecting to the existing Redmond Technology Station and extending to Downtown Redmond.

The Sound Transit Board of Directors on July 25 selected Stacy and Witbeck/Kuney, a joint venture, to complete final design and build the Downtown Redmond Link Extension. The project will extend the Blue Line 3.4 mi. from the Redmond Technology Station with two new stations at SE Redmond and Downtown Redmond. The total amount of the contract is $729,266,000.

"Thanks to strong partnerships between the city of Redmond, Sound Transit and our other regional partners, Redmond will soon be connected to the region via light rail," said Sound Transit Board Chair and Redmond Mayor John Marchione. "Redmond residents and visitors will benefit from fast, reliable transportation to destinations throughout the region."

"Today we are another step closer to reliable, congestion-free travel to downtown Redmond, and throughout the region," said Sound Transit CEO Peter Rogoff. "When Downtown Redmond Link opens as an extension of the Blue Line in 2024, light rail will extend from Redmond, to Bellevue, Seattle, Lynnwood and Federal Way. With connections to bus rapid transit and local transit services, people will enjoy increased mobility across a greatly expanded transit network."

Sound Transit is simultaneously working to extend light rail north, south, east and west, opening new stations every few years to form a 116-mi. regional system by 2041. Starting in 2021 the Northgate project will add three new stations to the Red Line to provide reliable, congestion-free travel to Seattle's University District, Roosevelt and Northgate neighborhoods. Northgate Link will be followed in 2023 by the opening of the Blue Line to Mercer Island, Bellevue and Redmond's Overlake community. Additional extensions to Shoreline, Mountlake Terrace, Lynnwood, Kent/Des Moines, and Federal Way, as well as downtown Redmond, are planned in 2024. Further light rail extensions are scheduled to reach West Seattle, Fife and Tacoma in 2030; Ballard in 2035; Paine Field and Everett in 2036; and South Kirkland and Issaquah in 2041.

The agency also is working on further investments including but not limited to expansions of Sounder South service and bus rapid transit service in 2024 along the north, east and south sides of Lake Washington.