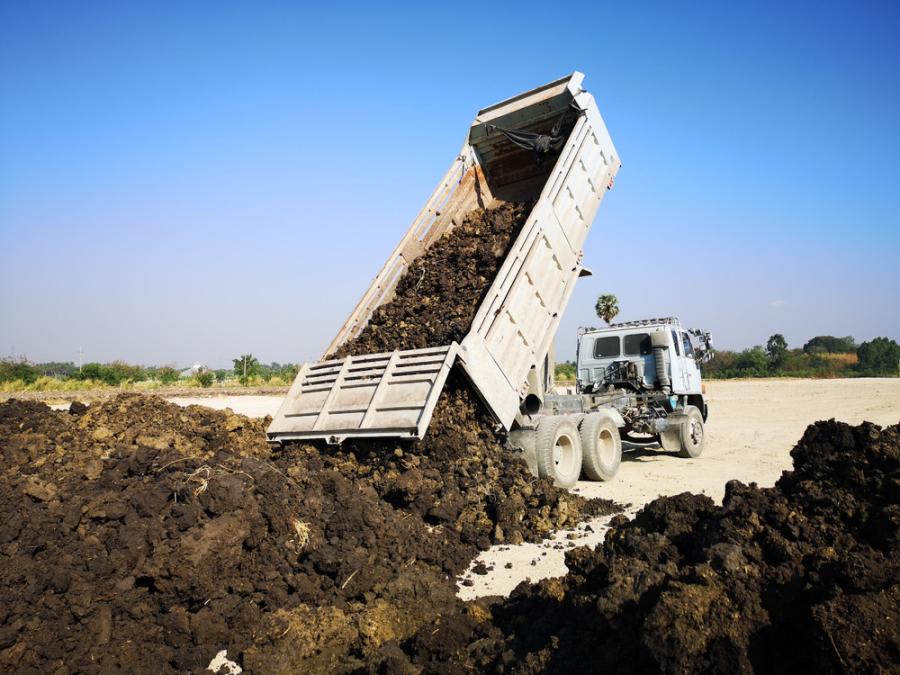 More than six years after the closure of the South Hadley, Mass., landfill, a Holyoke, Mass., company has submitted a proposal to reopen the site as a construction soils landfill.

The proposal, which the South Hadley Select Board considered for the first time at its Nov. 10 meeting, is in the "very, very preliminary" stages, said Chairman Jeff Cyr.

But for some residents, the landfill is a familiar topic.

The facility, at 12 Industrial Drive, was shuttered in 2014 after a contentious several years between residents and the site's former manager. Neighboring residents had complained about offensive odors, environmental hazards and increased traffic associated with the landfill.

But Kip Foley, principal of Closure Management LLC, said his company seeks to reopen the site in a way that would mitigate or eliminate some of the previous complaints associated with the landfill while providing the town with an estimated revenue of at least $1 million.

Construction projects frequently generate excess soil that cannot be reused on site because of contamination or physical constraints.

"I'm fully aware, at least generally, of what the concerns of the community were" with the landfill, Foley said, "but this is a very different plan, and construction soils don't raise the same level of potential nuisance conditions that a classic solid waste landfill does regarding odors, generation of methane gases and impacts on groundwater.

"A dedicated soils landfill is significantly less impactful on the environment, but also on abutters to the facility," he added.

The project could still raise other concerns among residents, said South Hadley Town Administrator Mike Sullivan, such as increased traffic to the area. But Sullivan noted that he is "impressed" by Foley's approach, which he said seems guided by community input.

"The proposer offered to have as many public meetings as they felt necessary," Sullivan said. "They would like to know where the community is at. I think they would like to get some indication that the town is interested or not interested before they invest any money in doing impact studies or further outreach."

Foley has previously worked on remediated waste sites in Massachusetts, Rhode Island and New York, and his company develops closure models "to reduce expense and creative redevelopment strategies," according to the Closure Management website.

The proposal calls for a feasibility study and management at the company's expense. If approved, Closure Management would pay the town $5 for each ton of soil accepted at the facility, totaling an estimated payment of at least $1 million, according to Foley.

The project "would obviously be a monetary payment to the town, but that's not the most important issue," Cyr said. The board's stance will be guided by public input and ensuring the town is covered from a safety and liability perspective, he added.

The Select Board will soon post a Google form on the town's website where residents can submit questions about the project for the board to present to Foley. The Select Board also will converse with other interested groups, such as the Conservation Commission and Planning Board.

Sullivan insisted that public input will play a large role in whether the project moves forward.

"I think it's something that has to be put before the public, and the public may decide to open it to the soil disposal or not," he added. "We have to know the environmental impact, the social impact, the health impact to the neighborhoods. It's an interesting proposal, but not something that I think at this time the Select Board is even close to endorsing. But they're looking for input from all the different parties."

Foley said he appreciates the Select Board's approach and believes the project could be mutually beneficial if it gains support.

"The site has some unused capacity, and there's kind of a unique market opportunity to utilize that capacity, serve some market needs and generate some pretty significant revenue for the town of South Hadley with minor impacts to the community," he explained.

For five years after the landfill closed, the town had a contract with another group that harnessed methane from the site for conversion into electricity. Over the course of that period, the town earned around $180,000 to $190,000 in revenue, according to Sullivan. But the company canceled the contract in 2019 because the methane quality had declined over time.