The Toledo, Ohio-based contractor's services are in high demand throughout the Northern Ohio, Southeastern Michigan, and Eastern Indiana market area served by the company. 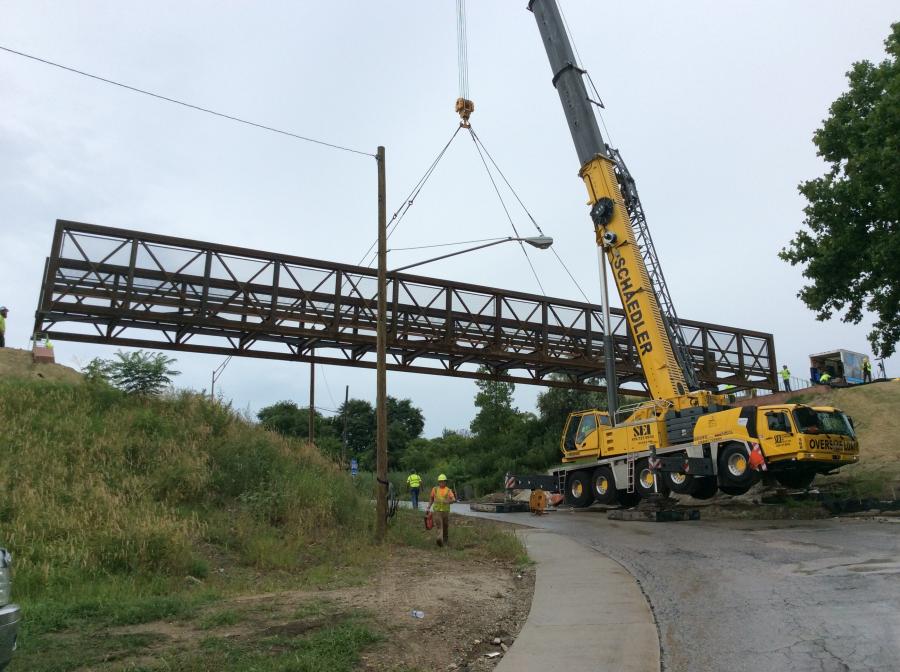 First, Schaedler Enterprises has gained a strong reputation for timely, cost effective work. Second is a staff, which includes an experienced team of operators, millwrights and iron workers that are OSHA-compliant and NCCO, MSHAW, MOST, MUST, TWIC, and eRailSafe certified. And third is equipping his team with the best equipment available to achieve the best possible outcomes for the customer and Schaedler Enterprises.

Schaedler started his business in 1995 with a used crane to perform work in Southeast Michigan and as the company grew, the business was relocated to Toledo, Ohio, to be more centrally located within its expanding market area. The company's services now range from rigging, pile driving and caisson drilling, to moving machinery and heavy equipment hauling.

On a recent job in Cleveland, Ohio, all three of Schaedler Enterprises; success factors came into play. Norwalk, Ohio-based Mark Haynes Construction hired SEI as a subcontractor to work on a pedestrian bridge project for the Cleveland Metroparks. The pedestrian bridge, located in the Tremont neighborhood of Cleveland over West 7th Street, just north of Quigley Road, is part of the 101-mi. Towpath Trail, which follows the historic route of the Ohio & Erie Canal.

The 130-ft. long by 14-ft. wide modular design steel truss bridge, weighing 40 tons, required delicate maneuvering to place. SEI's role on the project included pile driving for the foundation and setting the bridge, which was constructed in two pieces and bolted together on the ground before being placed. SEI used its Grove TMS 875 for pile driving and then brought in its Grove GMK5250L 300-ton all-terrain crane for the bridge placement. 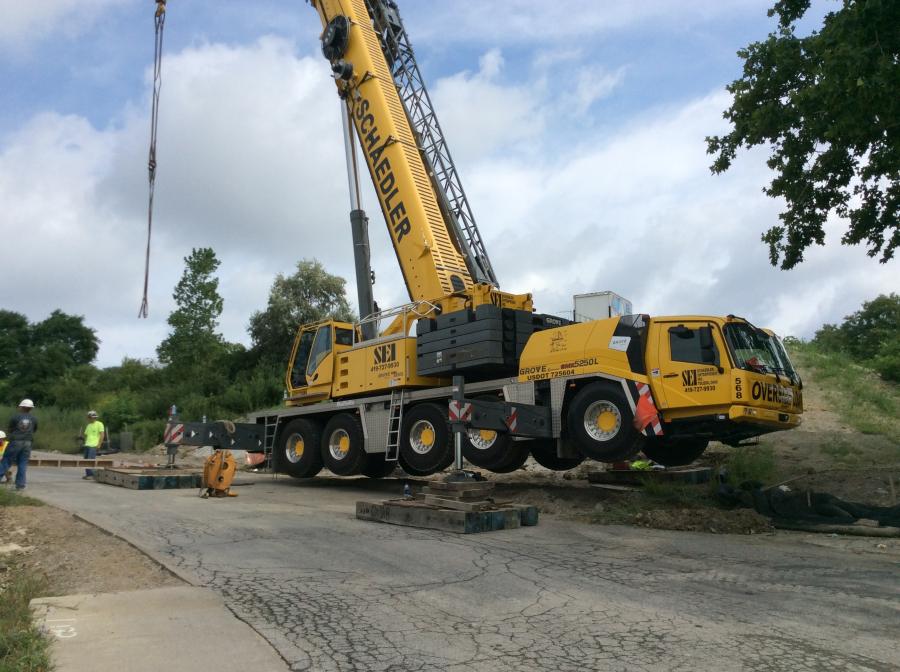 "With the conditions we were working under, our Grove GMK5250L provided the perfect combination of features and capabilities for the work," said Schaedler. "The all-terrain aspect of the crane and the ability to perform in confined spaces came into play because, to avoid disrupting traffic, the crane had to be positioned well off the road on a steep incline. The GMK5250L's five outrigger positions provided the leveling we needed in the confined space to stabilize its position for lifting and setting the bridge while the 300-ton capacity and 230-ft. seven section main boom provided ample reach. In all, the job took two days with the first day employed in setting up the pedestrian bridge and setting up the overlook on the second day."

Schaedler's purchase of the Grove GMK5250L in 2016 was a first in Ohio for that particular model, which was introduced by Grove that year. Schaedler is a fan of the Grove brand based on what he perceives as "the company's record of outstanding design and reliability in the cranes they manufacture."

He also advocates for Ohio's authorized Grove dealer, Cleveland Crane & Shovel. Schaedler began doing business with the dealership around the time of the company's founding and over the years, he's developed a strong bond with the company's employees for "their excellent service and a regard for their customers," he said, which matches his own philosophy toward customer satisfaction. As is common with most first-year model introductions, Schaedler's Grove GMK5250 required updates to be performed and because of the level of service provided by Cleveland Crane & Shovel, he never experienced downtime, he said.

Since his purchase of the Grove GMK5250L, Schaedler has continued to rely of Cleveland Crane & Shovel, as well as Andrew Forepaugh's 38 years of experience in the crane industry, to build his fleet, recently purchasing two Grove RT's from the dealer as well as a 45-ton National boom truck.

Key specs of the Grove GMK5250L include:

Key Features of the Grove GMK5250L include: