A new bridge over Washington's I-5 is slated to open to traffic early this summer — the first construction milestone and major component of a new expressway project in the Seattle/Tacoma area. 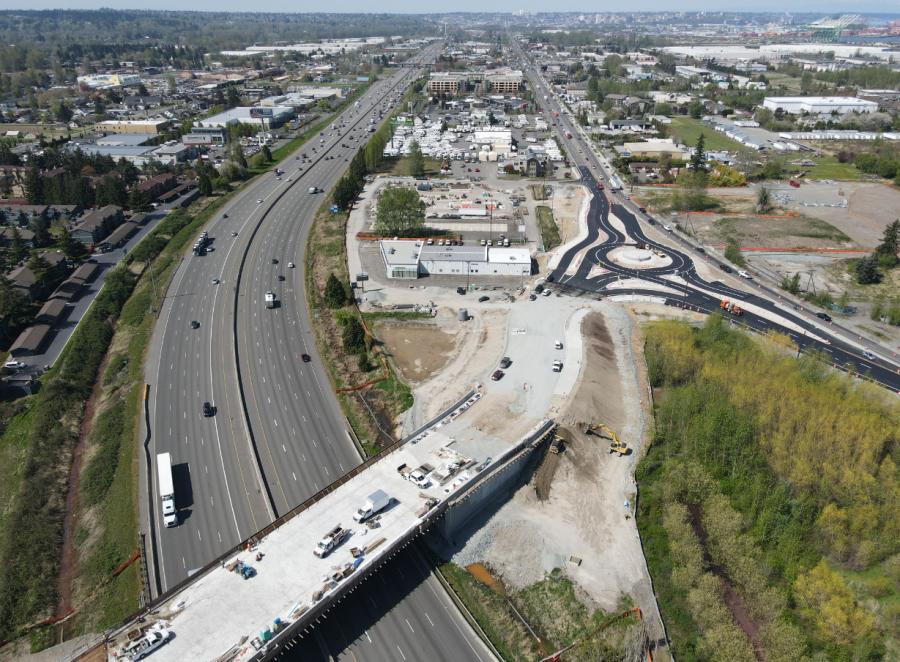 The new bridge and nearby roundabout to SR 99 — being constructed by Guy F. Atkinson crews — are essential steps for the SR 167 Completion Project, which will build 6 mi. of highway and complete the unfinished SR 167 corridor near Tacoma.

Combined, the projects will provide essential connections to the ports of Tacoma and Seattle and help ensure people and goods move more reliably through the Puget Sound Area region, according to the Washington Department of Transportation (WSDOT) website.

The $41 million contract for the new bridge and roundabout also includes building 400 ft. of new pedestrian/bicycle-friendly Interurban Trail that will directly access the shared-use path on the bridge. The funding for this project is included in the estimated $2 billion that funds the entire Gateway Program.

"An important consideration for WSDOT was the movement of freight between Fife [Wash.] and the Port of Tacoma inside this busy freight corridor," said WSDOT spokeswoman Laura Newborn. "The old bridge has a traffic light at SR 99 and there are frequent backups over the Interstate. The new bridge connects to a roundabout at SR 99 and keeps traffic flowing." 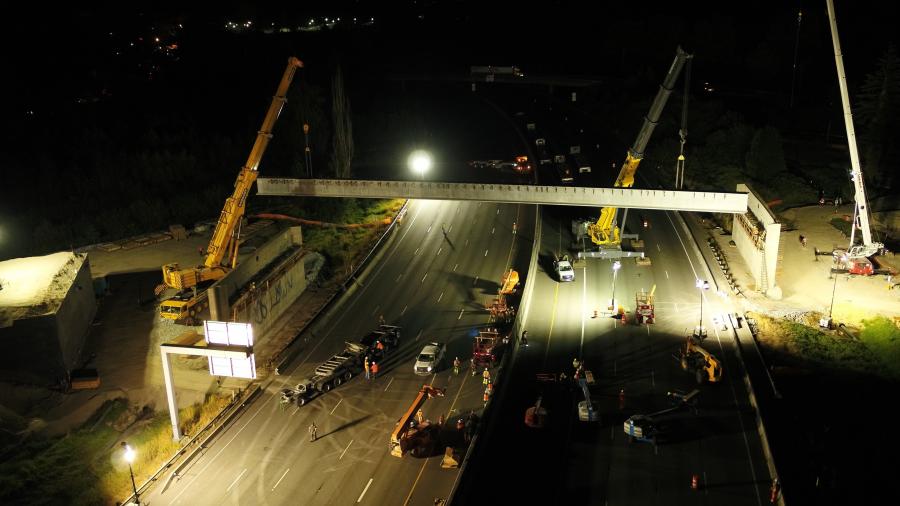 Construction of the replacement bridge in Fife called for moving 10 223-ft.-long precast girders into place across the interstate. These girders are among the longest precast girders ever made. They were constructed nearby at Concrete Technology Corporation in Tacoma, which made transportation of the massive girders possible. The only girders longer than the ones on the 70th Avenue East bridge replacement are girders slightly south on a WSDOT project spanning the Puyallup River. One of those girders, installed for an HOV project, is 4-in. longer.

During girder setting, large trucks moved the supersized girders onto I-5, where cranes lifted them into place over the interstate.

"We had a Demag AC 1600 [650 ton capacity] and a Grove GMK7550 [550 ton capacity]," said Megan Dunn, project engineer with Guy F. Atkinson Construction, the design-build contractor. "Both cranes are all-terrain cranes, meaning they drive to their pick location and set up utilizing outriggers. They cannot move once set up.

"The most unusual thing about them is their capacities," Dunn said. "These are specialized cranes and not something you would use every day on a construction site, mostly due to their footprint and ability to lift something as heavy as a girder. Another other unique aspect to these cranes is how quickly we can set up and take them down. For this bridge, we were able to set up and take down one of the cranes on I-5 within the closure hours, set five girders a night, then clear out the crane for traffic the next morning. Some cranes take several days to set up and sometimes require a second crane to assemble and disassemble."

Watching the "lift" was "pretty spectacular", Newborn said, noting that shutting down a major north/south interstate was a big challenge. "The project's design-build contractor, Guy F. Atkinson Construction, helped WSDOT carefully time the work and limit it to two overnight closures on one weekend."

Other equipment on site is standard, including backhoes, forklifts, dump trucks, water trucks and small cranes to move equipment on and off the bridge.

The Washington State Legislature funded the Gateway Program in 2015 and construction on both the SR 167 Completion Project in Pierce County and the SR 509 Completion Project in King County started in 2020 and is expected to last through 2028. Altogether, WSDOT is building about 12 new mi. of roadway and improving connections to Interstate 5.

"It's rare for any state to build new highways in major metropolitan areas," said Newborn. "These large projects have been in the planning stages since the 1990s. Washington is the second most trade-dependent state and completing these corridors is important to state and regional economies." 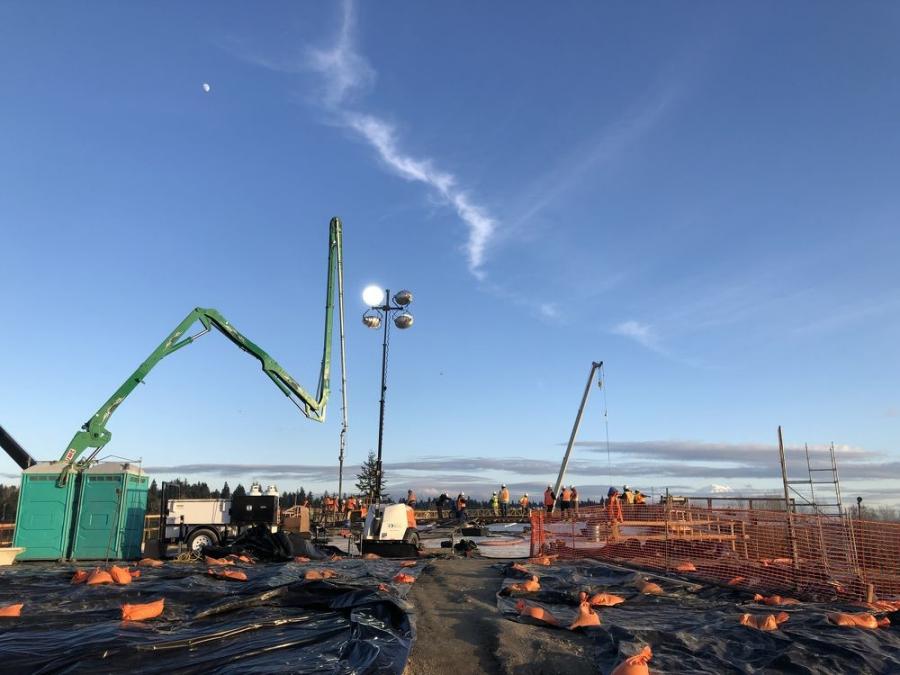 After WSDOT opens the new bridge this summer, it will close the old 70th Avenue East Bridge it replaces. In the next design-build contract for the SR 167 Completion Project, the old bridge will be removed and a diverging diamond interchange (DDI) built in its place. The DDI will connect the future SR 167 to I-5 and the Port of Tacoma. This next stage of work, between 2022-2026, will also construct the 2-mi. highway to link I-5 and the Port of Tacoma. The third and final contract for the project (2024-2028) will build the last 4 mi. of new SR 167 between Puyallup and I-5.

In planning for the new replacement bridge, WSDOT asked the community what was needed. As a result, the new bridge is wider, with four lanes instead of two and includes a 12-ft.-wide shared-use path to get people who aren't driving across I-5 safely.

Overall benefits of the SR 167 Completion Project include: