S.T. Wooten Off to Good Start on I-95 Widening From Raleigh to Fayetteville 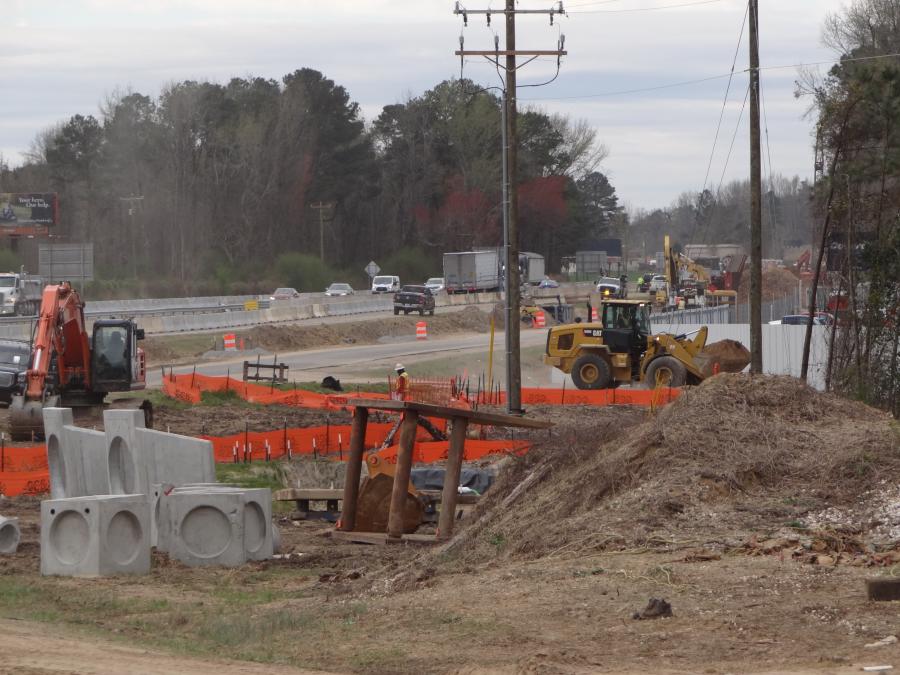 The Feb. 9 closure of the Long Branch Road bridge (Exit 71) over Interstate 95 marked the first stage of NCDOT’s $404M project to widen I-95 from Raleigh to Fayetteville.

The Feb. 9 closure of the Long Branch Road bridge (Exit 71) over Interstate 95, north of Fayetteville (Harnett County), marked the first stage of the North Carolina Department of Transportation's (NCDOT) $404 million project to widen 18 miles of the interstate under a design-build contract awarded to S.T. Wooten Corporation last July.

The existing two-lane bridge will be replaced with a taller and longer bridge that will have three lanes and wider paved shoulders. In addition, all four ramps will be realigned and elevated to match the higher bridge, and the ramps will be extended for drivers merging onto the highway. Service roads now connected to the ramps will be separated and tie directly to Long Branch Road to improve safety. 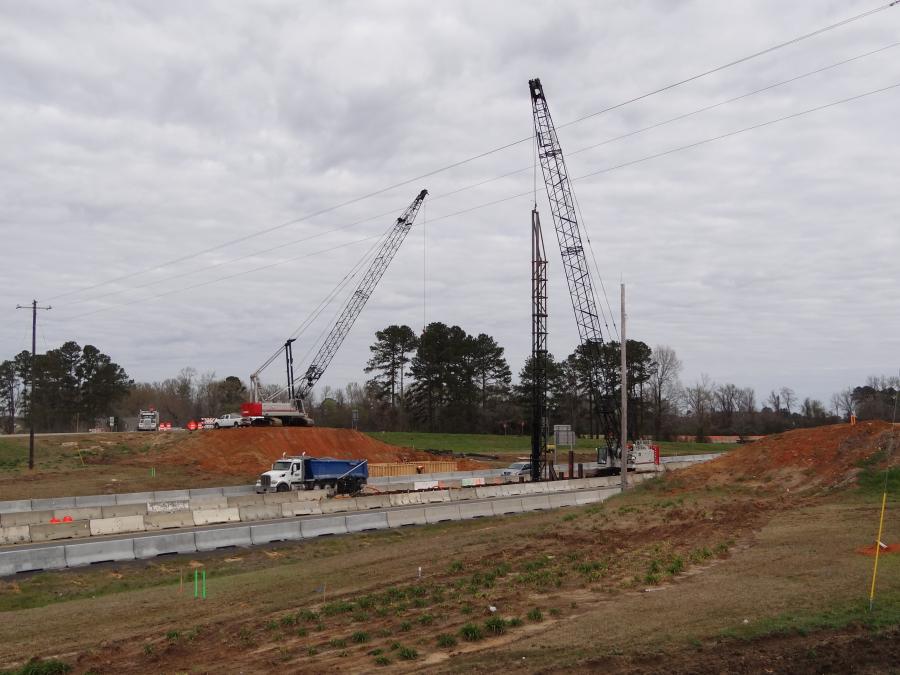 "The changes will enhance the safety of the interchange and create room to double the highway's travel lanes to eight," said Andrew Barksdale, NCDOT public relations officer. "The new bridge and upgraded interchange will open in about one year. Initially after the bridge closes, I-95 drivers will continue to be allowed to take the Exit 71 and turn right, but not left. Eventually, all of the ramps will be closed, requiring people to detour to Exit 70 instead.

"After a rebuilt Exit 71 is reopened, the Bud Hawkins Road bridge [Exit 70] will close for the same kind of reconstruction for about one year," Barksdale added. "In preparation of closing the Exit 71 bridge, crews in January added temporary pavement and concrete barriers to maintain four lanes on I-95 for the duration of construction."

There will be occasional overnight lane closures in the vicinity of exits 70 and 71 for the widening project over the next two years. The S.T. Wooten project covers I-95 between mile marker 56 in Eastover and Exit 71 in Dunn. The design and right-of-way acquisition for the rest of the route will be completed this year, allowing more construction to proceed by this fall. The entire project is expected to be completed by summer 2024.

NCDOT plans to award a construction contract in July to upgrade the interchanges and similarly widen I-95 from Exit 72 northward to Exit 81 at Interstate 40 in Johnston County, south of Raleigh. Construction on this portion is expected to begin this fall.

The estimated total cost to widen all 25 miles, from mile markers 56 to 81, is almost $710 million, and the overall widening is expected to be completed during 2024. Construction is estimated to cost $612,100,000; property acquisition $94,156,000; and utility relocation $2,700,000. The initiative is being partially funded with $147 million in federal funds from the Infrastructure for Rebuilding America program. Most of the project cost is coming from the NCDOT's highway trust fund. 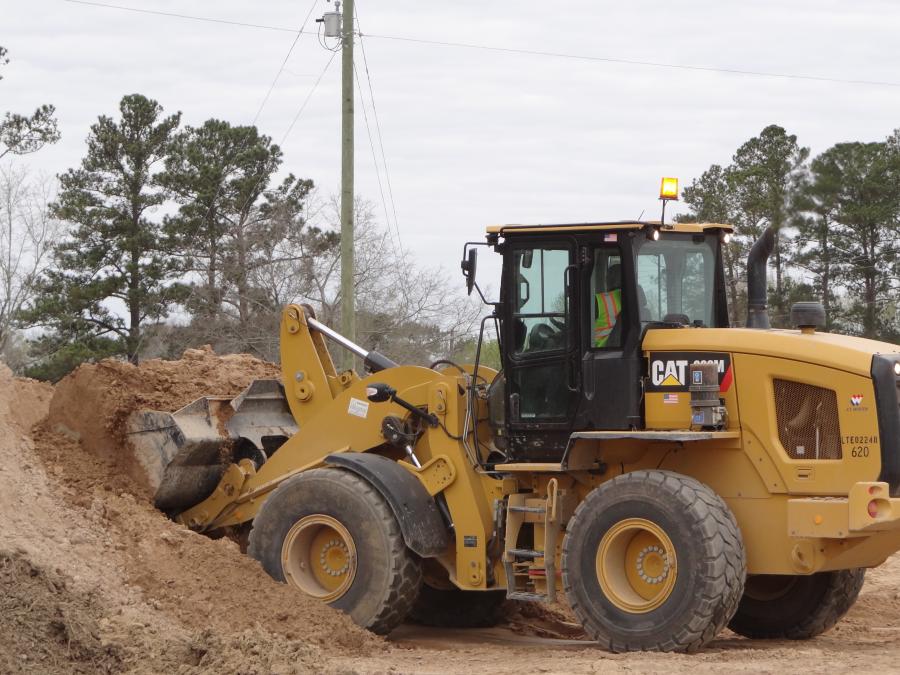 The service roads are being realigned to allow for I-95 widening and to meet current design standards; roundabouts are being added at some interchanges to minimize impacts to nearby properties; and bicycle and/or pedestrian accommodations will be added to some overpass bridges.

"This is a massive improvement project, and one that is sorely needed," stated Grady Hunt, who represents the Fayetteville area for the N.C. Board of Transportation. "Modernizing the East Coast's main highway is an important, long-term goal for our state. This will be a significant investment in North Carolina."

This portion of I-95 has a high traffic volume, reaching nearly 60,000 vehicles a day in southern Johnston County.

"An important part of the local, regional, state and national transportation systems, I-95 serves commerce, residential populations, the tourism sector, the military, school systems and medical centers, among other institutions," Barksdale said. "The interstate is also part of North Carolina's hurricane evacuation route system. According to the I-95 Planning and Finance Study Environmental Assessment (2012), congestion will increase, and drivers will experience traffic jams if the highway is not widened. The project will ease congestion and accommodate future growth in traffic volumes, ensuring that I-95 remains a vital part of North Carolina's transportation system." 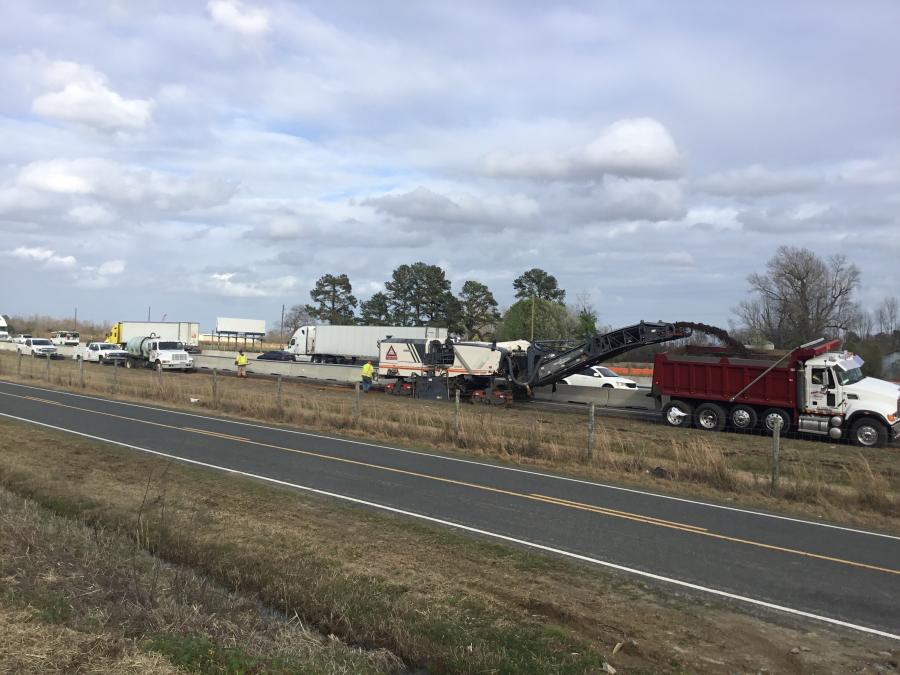 This project also will bring this stretch of I-95 up to modern standards and requirements, ease traffic for trucks coming through the area and create safer conditions for all road users. This stretch of I-95, the first portion of the interstate in North Carolina, was built in the late 1950s as a four-lane, median-divided highway. NCDOT began planning for the widening in Fall 2017 and public hearings were held in October 2018.

Commenting on the existing road structure, Barksdale noted: "We are keeping up the road maintenance, and we have resurfaced this portion of I-95 just a few years ago. However, the four travel lanes [combined in both directions] is woefully inadequate for the traffic using it, and the bridges do not meet our current design standards for highways. They are too low and sometimes get struck by oversized vehicles. Because of the traffic congestion, we have high crash rates along this portion of I-95. The widening and overall upgrade of the interstate will lessen the risk of crashes, ease congestion and improve traffic flow."

The biggest design and engineering challenge is the traffic.

"There is a lot of it – 60,000 vehicles a day, and it comes at all times of the day and night," Barksdale said. "We can't reduce lanes in the daytime, as that would cause major backups. This is why we will use the Smart Zone along this 15-mile stretch. For any road we build, we like for it to last eight to 10 years before it needs to be resurfaced. With heavy-volume roads, like an interstate, we use a certain kind of asphalt mix and thickness to hold up eight to 10 years. As for bridges, typically, they can go 40 years before they need any kind of major maintenance or preservation work; and of course, they will last a lot longer than 40 years before we have to replace them.

S.T. Wooten started the project in late 2019, with the first phase wrapping up around springtime and the other phase following. After that, S.T. Wooten crews will transition to construction on the remaining 15 miles, which will be broken up into four phases. Traffic will be pushed to middle lanes in the early phases of the project and then to outside lanes during the final phases of the project.

Traffic is expected to be one of the biggest challenges for workers. It's a little bit different than some other road paving projects because traffic is consistent throughout the day and not just during times where lots of people are commuting to work.

"There will be a lot of large trucks coming through and they can create a good amount of noise and wind in the work zone, so our crews will need to be on extra-high alert during construction," said Ronald Brock, S.T. Wooten's project manager. "And as with any construction project, we'll want to have our resources in place and ready each day so we can get in and out of the way quickly – keep things opened up as much as possible for drivers. Strategically, staying on schedule will take close communication between project managers and crews.

"Eighteen miles is a lot to cover, and four and half years will go by quickly," Brock added. "The ability to troubleshoot if challenges like storms or bad weather pop up will help us stay on track. The project itself will pick up this summer once we get started with the second stretch and it will remain pretty steady throughout the duration of construction. While paving takes place during warmer months, we'll be planning and working on some of the other activities as things progress throughout the year." 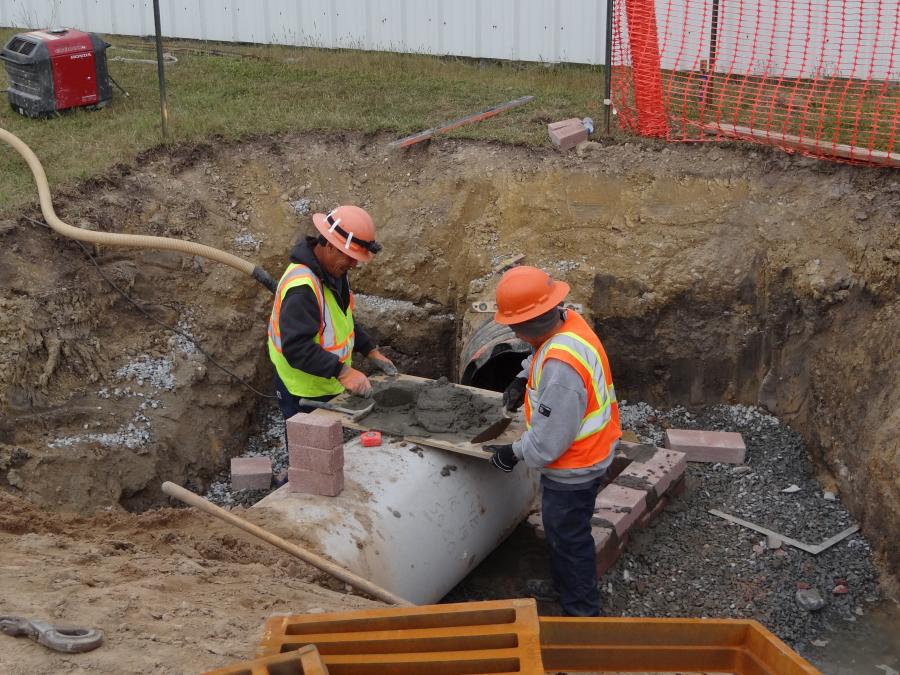 Regarding traffic control, Brock noted that this project is taking place inside a designated Smart Work Zone. Sensors and message boards have been placed throughout the area to detect potential travel delays and alert drives of alternate routes if needed. Details on traffic issues and conditions also are routed to the NCDOT's Statewide Transportation Operations Center where it can be shared with the public.

The Smart Work Zone (SMZ) is only around exits 70 and 71, but will be fully implemented by mid-summer when the rest of this section of I-95 is under construction. The SMZ includes digital speed limit signs; additional cameras to monitor traffic; message signs warning motorists as they approach the work zone whether or not traffic is moving normally or stopped. The SMZ also will include alternate I-95 routes, such as U.S. 301, which runs parallel to the interstate, for people to use if there is a big crash that closes I-95 for several hours.

Work on the Long Branch Road bridge is proceeding well. According to Brock, the old bridge has been taken down, and one of the end bents and the center bent has been excavated.

"The center bent is now ready to be formed and poured," he said. "We had some issues with the weather, with more rain than usual and having to work at night on the center bent due to median being so narrow."

The road widening operations are at an early stage with the paved shoulder already milled out and work is beginning on excavating the new lanes to grade. Brock is assisted by Thomas Bowers, assistant project manager; Adam Corey, project engineer; Lane Hussey, project engineer; and the S.T. Wooten design team.

"We have great communication and clear and defined role responsibilities, which makes for a great team," Brock stated. "We also have great crews that take a lot of pride in their work and that makes for a strong workforce."

S.T. Wooten expects to have several hundred construction workers on-site during peak periods, including those from the 20-plus subcontractors such as Stay Alert for traffic control; Bullington for guardrail; Central Carolinas Seeding for erosion control items; Sawyers for land clearing; Curtin for barrier wall; Delta for asphalt milling; and Clark Pavement Markings for striping.

"We recently forecasted 250 workers for a road construction project currently happening on I-40 in Raleigh," Brock said. "The I-95 project is slightly bigger in scope than that one."