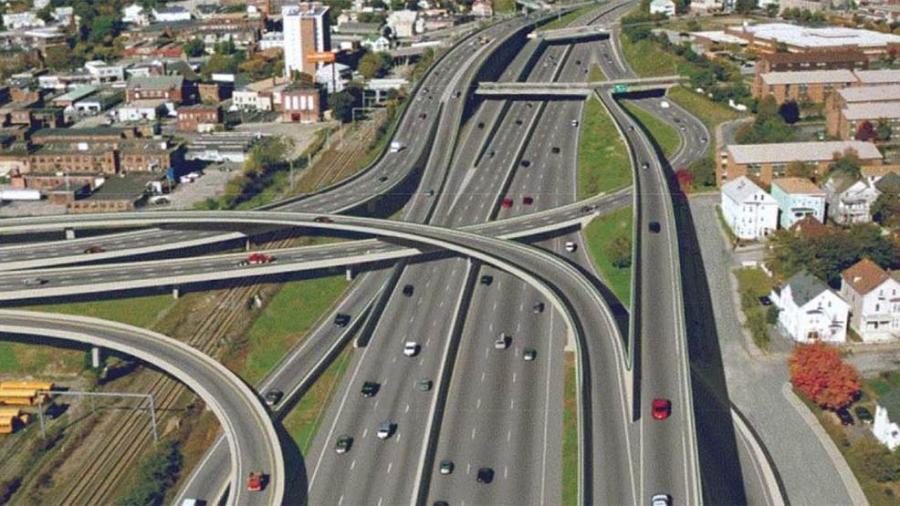 Rhode Island plans to rebuild the interchange of Routes 6 and 10. (WJAR photo)

PROVIDENCE, R.I. (AP) Rhode Island plans to rebuild a dilapidated highway interchange, making it safer for the 90,000 vehicles that traverse it daily and eliminating the millions of dollars the state spends on minor fixes.

The state Department of Transportation signed a contract on Dec. 21 with 6/10 Constructors, a design and build team of companies with ties to Rhode Island and New England.

The interchange of Routes 6 and 10 needs an urgent fix because seven of its nine bridges are structurally deficient, said Peter Alviti, DOT director. The state has been planning the $410 million project for 30 years.

The department said it has spent $5 million on temporary repairs this year to keep the corridor safe and open. Alviti called the interchange an “iconic symbol” of the state's failure to properly address decaying infrastructure in the past.

The project is possible now because the state approved a 10-year roads plan last year and new truck tolls to pay for it, Alviti said. Tolls will be collected near the interchange.

“We're excited to finally dust off the 30-year-old plans and actually get the job done,” he said.

The DOT expects the design to be ready in one year. During that time, the environmental impacts of construction will be assessed. The project is scheduled to be complete in 2023. A ceremony to mark its commencement is planned for Jan. 8.

“Fixing the bridges on the 6-10 Interchange and improving the traffic pattern will ensure that Rhode Island drivers are safe and will add to our quality of life,” Democratic Gov. Gina Raimondo said.

State and city officials have agreed on the urgent need to fix structurally deficient bridges, but they've disagreed over how and whether to repair or replace them. They announced a compromise plan a year ago that blends their ideas.

The plan adds a direct connection from Route 10 northbound to Route 6 westbound. It includes new bike paths for pedestrians and bicyclists traveling over Amtrak's Northeast Corridor railroad tracks. Half of today's Huntington Viaduct will be demolished and replaced with surface roads. Some of the altered roads will open up land for real estate development.

The Transportation Department requested a design-build contract so construction and design can proceed simultaneously, with accelerated bridge construction methods. Hundreds of construction jobs will be created, Alviti said.

The contract award is for $248 million. That's $20 million less than state engineers had estimated. It's the largest single construction contract awarded by the department.

The total cost is estimated at $410 million because parts of the project need to be done by other entities, including utility companies and Amtrak. Eighty percent of the cost will be paid by the federal government, and the rest is state funding, Alviti said.