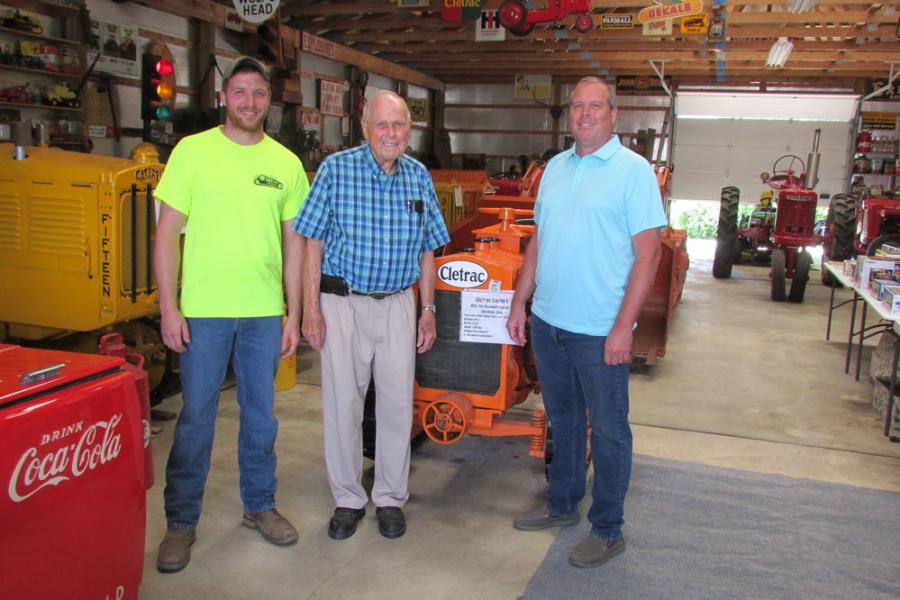 The company, based in Wilmington, Del., started in 1962 when Fulton J. Owensby decided to close his excavating business, F.J. Owensby & Sons and go into the undercarriage business — a service in high demand at the time. In 1966, Fulton S. Owensby Sr. took over the company and changed its name from State Line Machine Works to State Line Machine Inc. 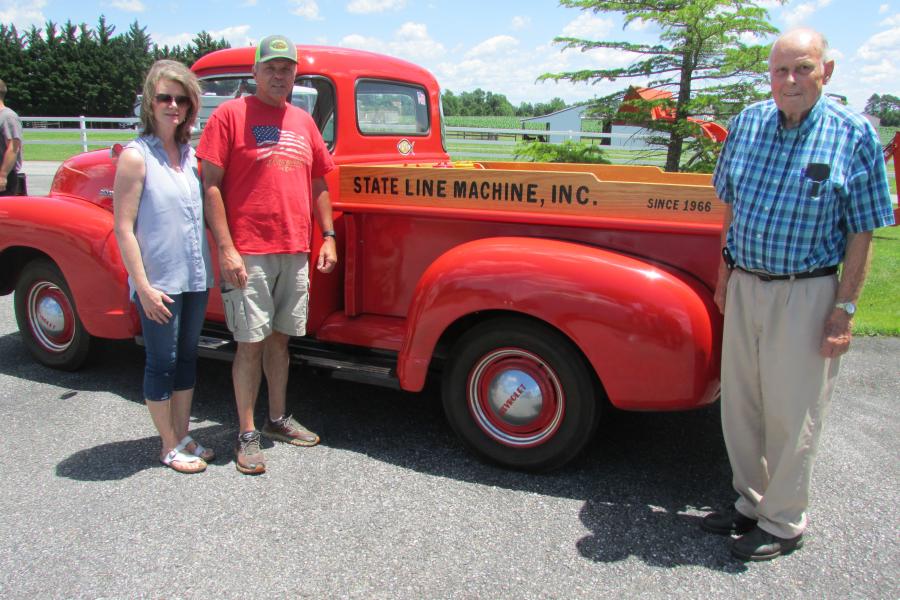 Open houses at Owensby's home in the middle of Delaware farmland always include tours of his "museums" — one in his basement filled with die-cast models of construction and farm equipment, watch fobs, product brochures, books, magazines and newspapers and more and the other one in his barn, which is filled with antique equipment, tools and more.

Owensby Sr. talked about his decades-long pursuit of these construction and farm collectibles.

"When we were growing up and were first in the business, we used to go to the dealers, such as the International Scatalina Motors in Chester," Owensby said. "They had some farm models and TD-24s and we'd go out and keep begging them for them and first thing you know, they'd give them to you. I got maybe a collection of a half-dozen, but then I gave them out." 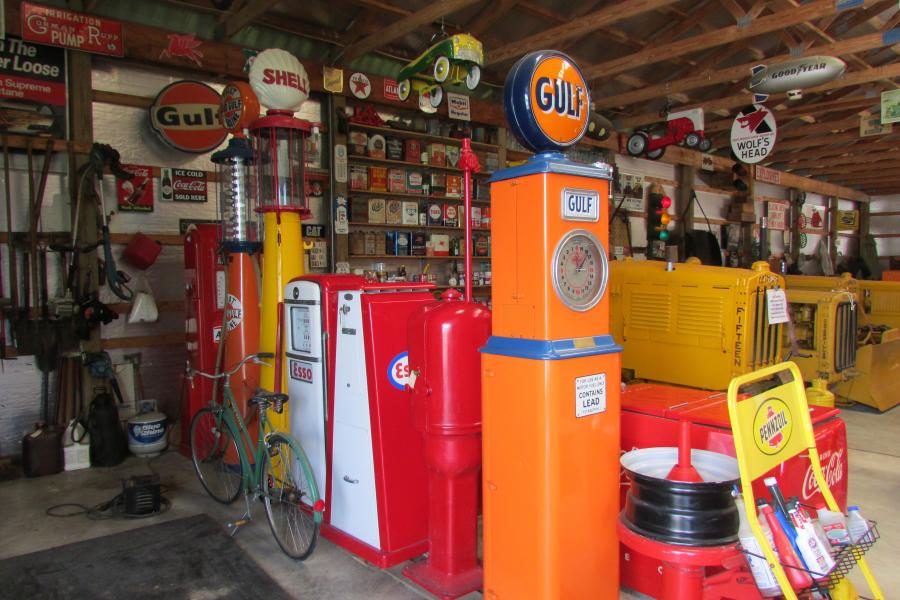 "About three years after he was born, I started making a collection for him of things that I was getting from Scatalina Motors and a couple other people from a Caterpillar dealer and Cletrac dealer," he recalled. "The next thing you know, I had half-dozen pieces for him."

Salesmen would try to gain his favor, too (and perhaps, some business) by giving Owensby some gifts as well.

"The first thing they would do when they came to see you was to give you two or three watches to get your attention and I started getting an accumulation of them," he said. "That's around the time I started thinking, boy, it would be nice to start collecting all of this."

And, so he did. Today, Owensby Sr. estimates he has more than 3,500 toy models, over 2,000 watch fobs, thousands of pieces of sales literature, construction-themed belt buckles, books and virtually anything anyone could imagine. Out in his barn, he has 15 antique crawler tractors, eight antique gas pumps, an old genuine Coca-Cola machine and more.

"I've always loved the construction business, and these toys put you in remembrance of many things that you saw, operated and associated with over the years," he said.

Owensby Sr. is a member of several clubs. 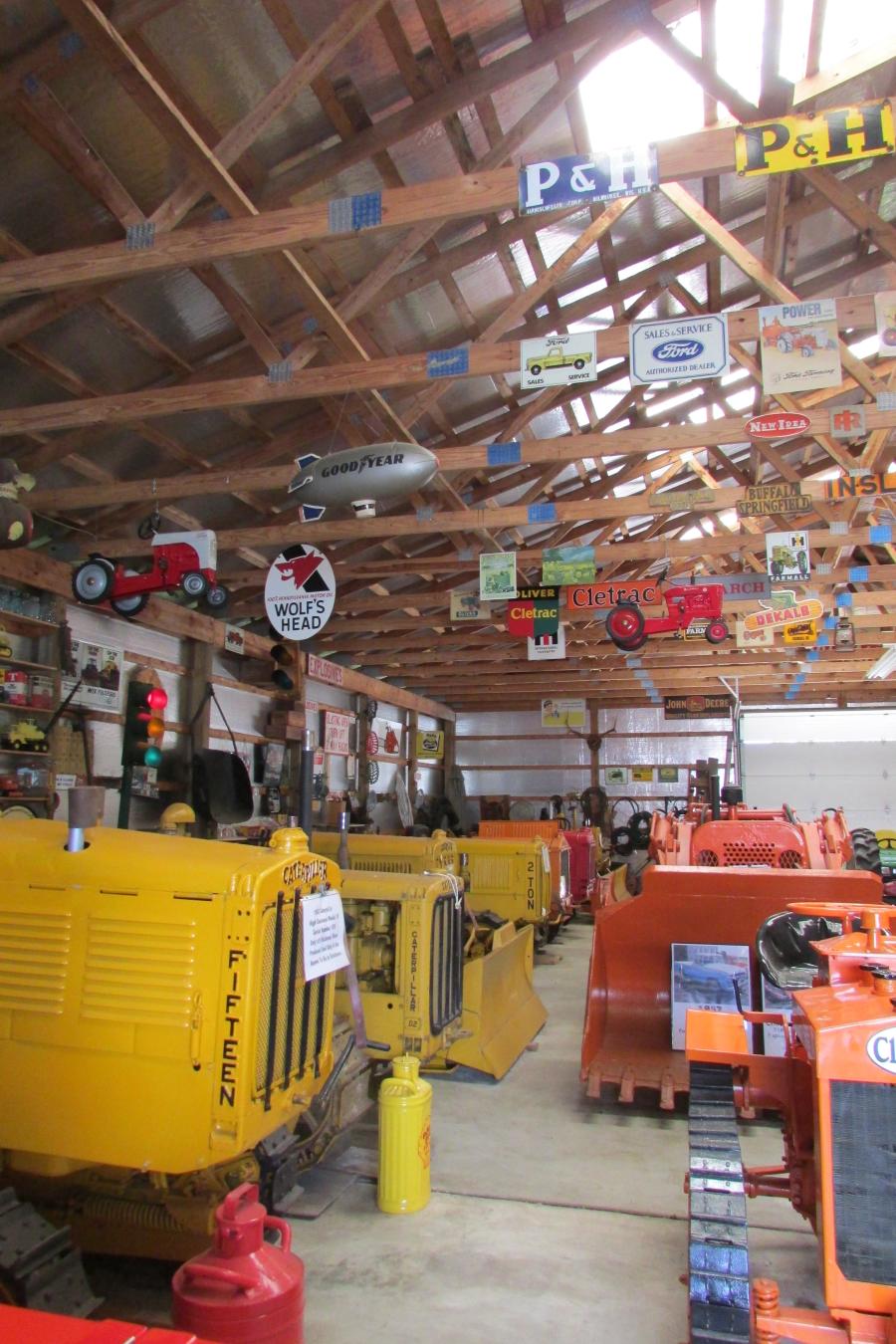 "I belong to the Caterpillar Club and my brother and I are both charter members of the Historical Construction Equipment Association in Bowling Green, Ohio, that was founded in April 1986," he said. "I've also gone to a lot of shows and taken a lot of my stuff to them. I was in a show in Ohio and I saw this HD-8. It has four tracks and every pad; it was amazing. It was built right … 100 percent to the real thing. And, I found out that the guy would make one, if you wanted it, and they were very expensive. They were over a grand. And, so I got him to make me one of those. It was custom-made."

Among the antique iron in his barn is a 1955 Allis Chalmers HD-5G, a 1946 Cletrac Model AG6 and a 1932 Caterpillar High Clearance Model 15, which only 95 of them were ever produced and only six are known to exist today.

"We used to have Cletracs … and, then Cletrac became Oliver," he said. "So, over the years, I got more and more interested in getting these toys and I would go to shows and get them. I also would go to a lot of flea markets. It is amazing that people would bring things to a flea market who don't know the value of something and that thing could be worth $100 and they'd sell it for $5."

When Owensby adds anything to his collection, he catalogues it.

"I put the date down when I bought it; I put the description of it whether it is a Caterpillar or Cletrac or Case or Mack truck, whatever it may be; then, I put a number on the piece of equipment and I put a number on the box and put the price that I paid for it. Now, when something happens to me and I am no longer around, my family will know exactly what that stuff is worth."

Owensby Sr.'s age has not slowed him down one bit in his pursuit of collectibles. 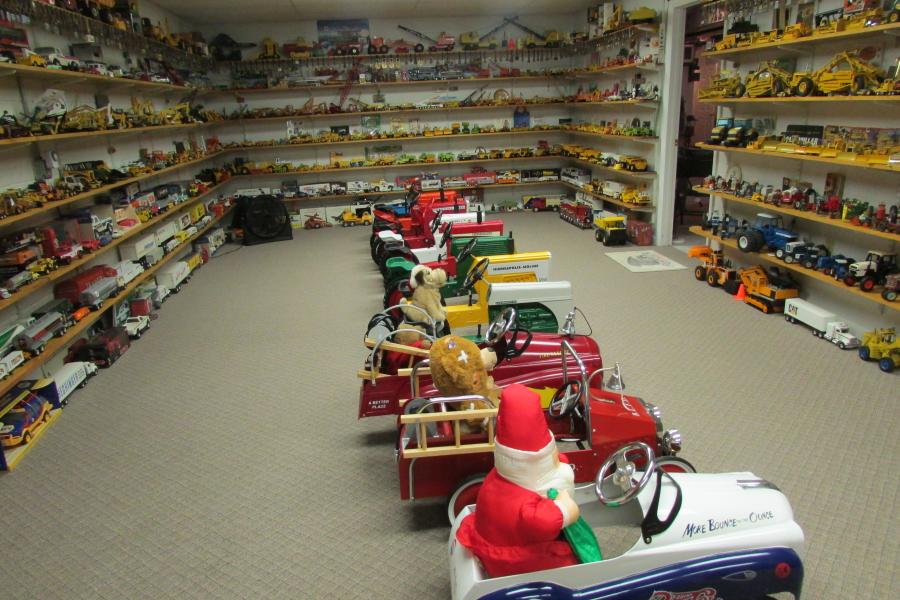 "I am still collecting them and as the years have gone by, I have accumulated more and more things and at my age, right now, I am still interested in getting more stuff.

"When I make up my mind that I want to get something, I am determined on getting it," he said. "I wanted to get a Pep Boys, Manny, Moe and Jack, so I contacted Pep Boys Company. ‘We don't sell them … we don't discard them,' they told me. I kept calling and calling around. I was getting calls from out in California and other states and people had things they wanted to sell, but no one had Manny, Moe and Jack. I finally found a guy who makes them, so I invited him to my place, and he came when I lived in Pennsylvania to a lunch with me and he also saw my collection.

"He told me after seeing my collection, ‘the interest you have in it and knowing all the people who are going to see it, I just found this old Manny, Moe and Jack made out of papier mache back in the 1930s and I am going to fix it up, because it's in bad shape from our studio. But I think you would appreciate it and the people who see your stuff.' 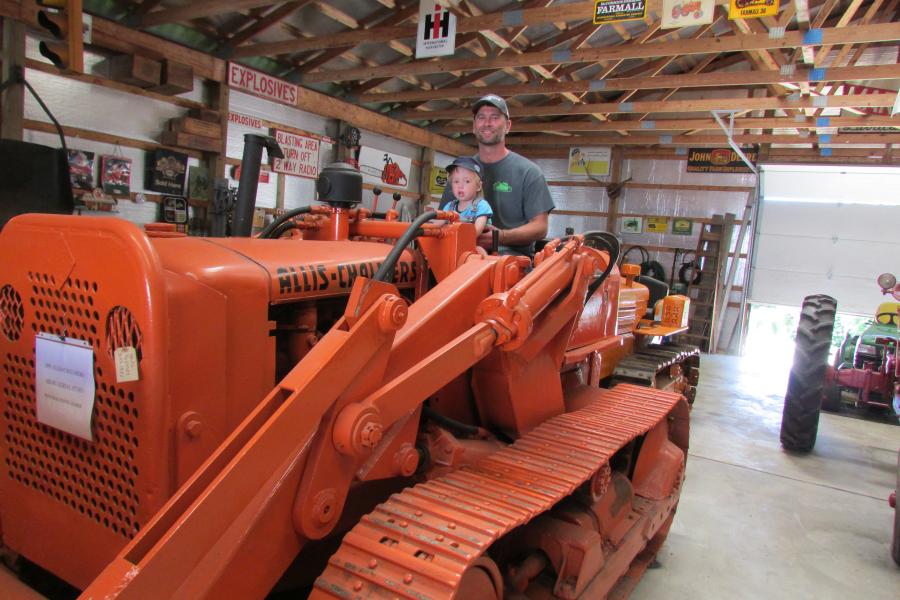 It's easy to overlook something cool in Owensby Sr.'s museum, what with the floor-to-ceiling history of large and small items. An Allis Chalmers 1940 calendar, complete and looking as new as 2019 can be hard to spot, especially when it's hanging on a wall adjacent to a train set-up that Owensby Sr. said is 90 years old — and that's even next to antique American Flyer. Even the pole barn outside has its missable moments if you don't take your time — an old chainsaw or toy may escape your glance because the 1959 Edsel is like a magnet to attention and requires some time to fully appreciate and to imagine driving it.

Though Owensby Sr. has painstakingly logged everything he has ever collected, he becomes demure when asked about what this is actually worth. He knows, but he doesn't know, either. That seems to matter very little to him — though he thinks it's maybe hundreds of thousands of dollars and he knows he paid far less than half that amount in collecting it. Rather, he views his collection as a gift, a history lesson, if you will, for his family and his customers, who are one and the same to him.

And it has been these customers, friends, family and employees that have not only contributed to State Line Machine's longtime success as a business but also have led Ownensby Sr. to give them more than just an undercarriage job well done — he reminds them of all the things that have happened in the industry before they ever brought their machine into the shop. CEG