Once complete in 2022, the expansion will nearly double the state's cargo handling capacity and will reduce congestion within the harbor. 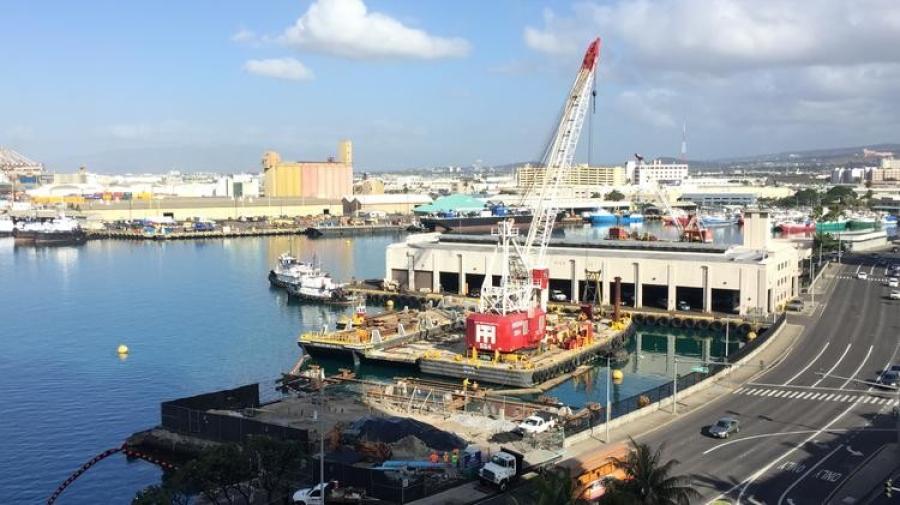 Once complete in 2022, the expansion will nearly double Hawaii's cargo handling capacity and will reduce congestion within the harbor.

The Hawaii Department of Transportation (HDOT) recently announced the construction of the Kapalama Container Terminal (KCT) at Honolulu Harbor.

The work will also include construction of:

According to HDOT, Phase II is “tentatively scheduled to be out to bid in 2018, pending permit approvals,” Port Technology reported.

“The Kapalama cargo yard is one of the most significant and impactful achievements of this administration,” said Governor Ige. “This achievement means there will be more shipping options for the business community throughout the state, which lends itself to competitive pricing and lower costs for consumers.

“We are modernizing Honolulu Harbor with much needed infrastructure improvements and creating space for a new service to enter the market while expanding terminal capacity for the entire shipping industry.

“This is not only a diversification of carriers, but of channels into our harbor to ensure the efficient and safe transport of goods to our islands.”