The plant will utilize the latest emission control technology to meet all local, state and federal environmental standards and permits. 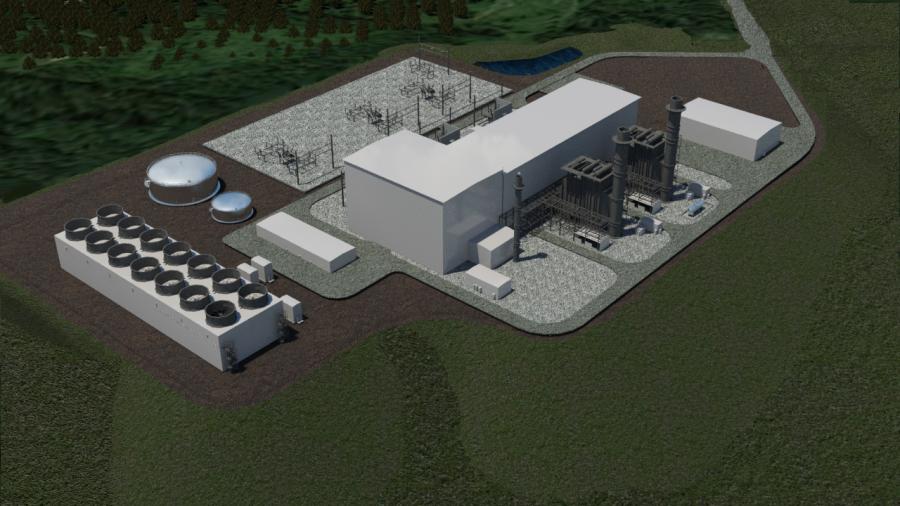 Rendering of the 925-megawatt Tenaska Westmoreland Generating Station set to open in 2018.

Tenaska, an energy developer headquartered in Omaha, Neb., is constructing a state-of-the-art electric generating facility in South Huntingdon Township, Westmoreland County, Pa. It will be fueled by natural gas and is expected to bring hundreds of jobs and power to meet the growing demand for electricity in the region. The plant will be operated in an environmentally responsible manner. The Natural Resources Defense Council (NRDC), an environmental organization, has listed Tenaska in benchmarking studies since 2004 as having among the lowest fleetwide average emission rates for fossil-fueled power plants in the United States.

The project site is south of Interstate 70 between exits 49 and 51 in South Huntingdon Township. The power generating station itself will encompass roughly 50 acres. Production equipment will be enclosed in a building, further shielding operations from the public. Construction started in 2016; commercial operation targeted for 2018. Black & Veatch is the engineering, procurement and construction (EPC) contractor for the project.

The plan is based on an approximately 925 mW electric generating facility. At 925 mW, the plant will be able to produce enough power to meet the energy needs of approximately 925,000 homes. The electricity will be sold into the PJM Interconnection regional transmission organization to meet growing regional energy needs.

“Black & Veatch is leveraging its global knowledge and experience in delivering another advanced combined-cycle project,” said Steve Edwards, chairman and CEO of Black & Veatch. “We are focused on optimizing the schedule and execution on the project to support Tenaska in safely delivering its customers clean, efficient and reliable energy supplies.”

The plant will utilize the latest emission control technology to meet all local, state and federal environmental standards and permits. As a combined-cycle facility, energy produced by combustion of natural gas drives turbine-generators to produce electricity. The exhaust heat is used to produce steam, which drives a steam turbine-generator to produce more electricity from the same amount of fuel.

MUFG Union Bank, N.A., BNP Paribas, Citigroup Global Markets and Industrial and Commercial Bank of China Limited, led the bank group for the financing. The Tenaska Westmoreland project is owned by Tenaska Pennsylvania Partners LLC, which is comprised of affiliates of Tenaska and Diamond Generating Corporation (DGC), a subsidiary of Tokyo-based Mitsubishi Corporation.

Tenaska formed Tenaska Pennsylvania Partners LLC to build, own and operate the Tenaska Westmoreland Generating Station. An affiliate of Tenaska serves as the managing partner.

The facility has contracted with the Municipal Authority of Westmoreland County to obtain water from the municipal water treatment plant. In order to minimize water consumption, the plant will recycle water through the cooling process multiple times to maximize use of the water purchased.

An existing regional natural gas pipeline near the site will deliver clean-burning natural gas to the facility. A short delivery pipeline is under construction. The facility will connect via a short transmission line to the PJM Interconnection regional transmission organization, which coordinates movement of power in all or parts of 13 regional states, including Pennsylvania and the District of Columbia.

Benefits of this project include:

• Boost the local economy, with a total estimated construction cost of more than $500 million

• Create more than 300 jobs, on average, during construction and up to 25 well-paying, full-time jobs during operation.

Tenaska is an energy company based in Omaha, Neb. Tenaska develops, constructs, owns and operates non-utility electric generating plants. It manages operations for approximately 7,000 megawatts (mW) of power generation consisting of nine power plants owned by Tenaska in partnership with other companies.