Terex shows that customer dedication is the true measurement of success. 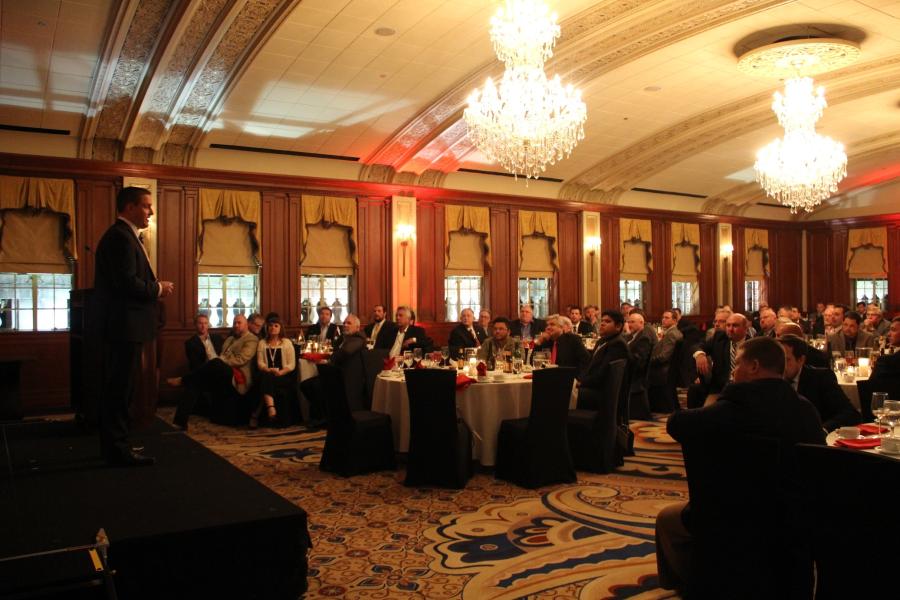 Earlier this month, Terex Cranes honored the efforts of its top distributors in North America during a special awards ceremony in Oklahoma City, Oklahoma.

Earlier this month, Terex Cranes honored the efforts of its top distributors in North America during a special awards ceremony in Oklahoma City, Oklahoma. Six distributors were recognized for their excellence and dedication in sales in each product category. Awards were also given for dedication to parts and service.

• ALL Family of Companies, Cleveland, Ohio — All Terrain Distributor of the Year

“This year's honorees exemplify our organization's commitment to working together to deliver customer success,” says Mike Nesdahl, Director of Distributor Sales at Terex Cranes. “Because of their hard work, our customers have the best equipment and responsive service, which helps them be more productive all year long. It's a true honor to partner with these outstanding distributors.”

The awards ceremony was held in conjunction with a three-day training event for Terex Crane distributors from across Canada, the United States and Mexico. The event focused on “Delivering Success Together.” Topics presented during the event's educational sessions included product innovation updates, leadership and sales skills training, hands-on equipment training, parts and operations processes, as well as safety discussions.