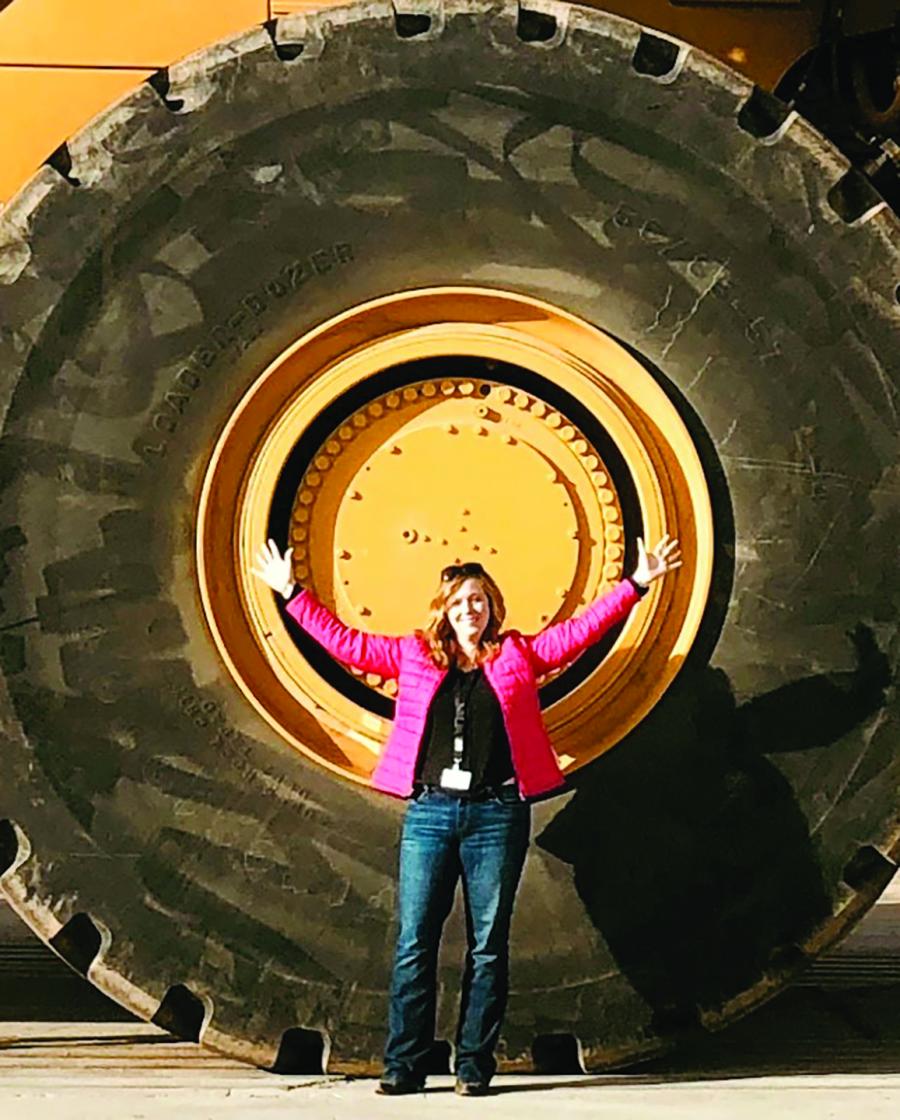 Emily Dodd has held the position of regional sales manager for HOLT CAT’s Corpus Christi and Victoria areas for the last four years.

In an industry seemingly dominated by men, HOLT CAT Regional Sales Manager Emily Dodd knows just how important it is to have a mentor by your side, especially if you are a woman hoping to carve out a niche in the construction business.

According to recent data from U.S. Labor and Statistics, women make up approximately 10 percent of the construction industry, with the female-to-male ratio remaining relatively flat since 1990.

So, what will it take for more women to get involved and make up a much larger percentage of the construction workforce?

"Take a risk," said Dodd, who has held her position at HOLT CAT servicing the Corpus Christi and Victoria areas for the last four years. "Find a mentor that will believe in you like you believe in yourself. Collaborate and network, it will make things easier on yourself. At the end of the day, the unity that you will find in making those connections is really powerful. I think sometimes folks like to go ‘lone ranger'. When you realize that [men and women] are more alike than different, it makes things easier.

"I've had many mentors, both internal and external, to the organization," Dodd added. "I am still very close to my college advisor. He was at my wedding. He believes in me. I've had several vice presidents at my previous companies [who served as mentors]. I've had many people who believed in me along the way, and not wanting to let them down has inspired me. I've been given opportunities, and living up to those opportunities is something that motivates me."

Dodd believes the first step in the process to finding out where a woman could fit into this multi-faceted business is through figuring out their passion. Mentorship and encouragement of girls and women alike can help identify the unique strengths that will set each individual up for success.

The second piece of advice Dodd gives to potential women in construction may sound like a bit of a cliché, but it carries a lot of weight: believing in yourself. Self-confidence and reassurance, according to Dodd, are two of the most influential barriers preventing more women from getting their boots in the door of this industry.

"You have to first believe in yourself and value yourself before you expect others to value you," said Dodd. "So, I think that's a self-imposed barrier. Looking inward first, ‘do I value myself?' You can't expect an organization to value you if you don't know your own value. That's an internal barrier, not an external one.

"It certainly is a male-dominated industry, but the value-based culture at HOLT really allows the framework for inclusion and allows women to be successful," Dodd added. "At HOLT, there really haven't been barriers for women entering that industry."

One of the examples at HOLT CAT is Corrina Holt Richter, the great-great granddaughter of Benjamin Holt, who introduced the first practical track type tractor in 1904. She demonstrates what it takes to be a successful woman in a leadership role.

"Corrina is a leader of our organization and she has served as such a strong role model of what it looks like to have a strong, independent woman in the construction industry," Dodd said. "She continues to inspire many throughout the organization. She is certainly someone who sets the tone at our company. Corrina is somebody that embodies the values of the organization and made it easier to transition to HOLT."

Where do you see the future of women in construction?

What advice would you give to young women who are thinking about getting into the construction industry?

What is an example of how a woman can provide a different perspective than a man?

Women can challenge others to see things from a different point of view. With COVID, work-life balance has become something to think about. We recently had an employee who came to me and shared that he needed to step away from work because he needed to assist his daughter. In our work environment, the value-based leadership makes it okay to have that conversation. I don't know if he would have felt as comfortable having that conversation if there wasn't someone as compassionate on the other side of that. I've had to deal with the same [work-life balance] with COVID.

What is the most rewarding part about your role now?

Dodd: Seeing others succeed and being one small part of that. I am a coach by nature, so seeing a team or individual win, and knowing that I had a part of that success, gets me out of bed every day. It's lots of little wins along the way and as a manager that is very rewarding.

Dodd is a native of Pemberton, N.J. She graduated from North Carolina State University with a Bachelor of Science degree in 1998. She sold agricultural chemicals after college and has held jobs overseas in both Bangkok, Thailand and Shanghai, China.

Before joining HOLT CAT in 2017, Dodd spent 16 years in various Sales and Marketing roles at Newell - Rubbermaid. Before that, she spent three years at John Deere as a product manager.