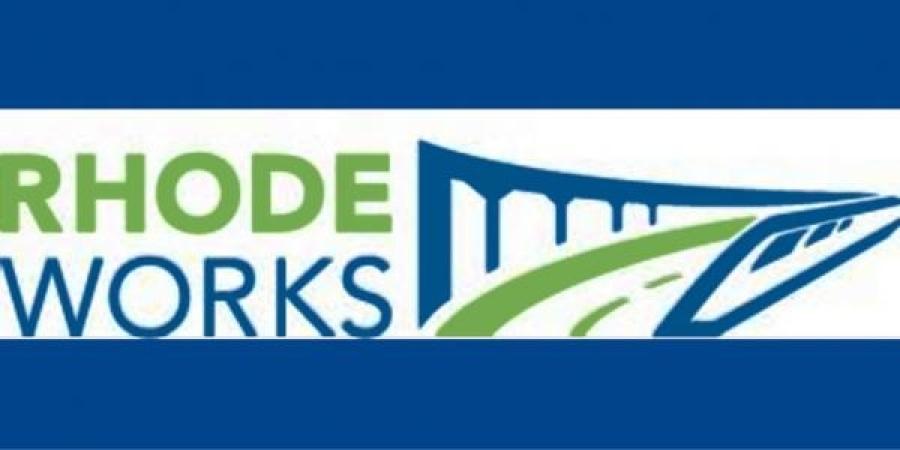 One year after passage of the landmark RhodeWorks transportation legislation, Rhode Island has initiated millions of dollars of construction projects and puts hundreds of people back to work. At the same time, RhodeWorks has paved the way for a new Rhode Island Department of Transportation (RIDOT), reorganized into a transparent, accountable and highly efficient state agency able to deliver on a cumulative total of $1 billion in transportation investment by the end of 2017.

“When we took office, Rhode Island had the worst bridges of any state in America, so we got to work,” Gov. Gina M. Raimondo said. “We came up with a plan that allows us to fix more than 150 structurally deficient bridges in Rhode Island, and make repairs to another 500 bridges to prevent them from becoming deficient. Today, the construction industry is back at work rebuilding Rhode Island.”

“At RIDOT we are laser focused on building the best DOT in the country, one that will effectively achieve the Governor's goal of getting projects planned, designed and built as quickly as possible,” said Peter Alviti Jr., RIDOT director. “We now have a department capable of meeting those expectations and delivering the high-quality transportation systems taxpayers are counting on us to deliver.”

Passed and signed into law on Feb. 11, 2016, RhodeWorks is a 10-year, $4.7 billion investment program designed to bring Rhode Island's transportation system, especially its high number of deficient bridges, into a state of good repair. Rhode Island ranks 50th out of 50 states for poor bridge condition. RhodeWorks will allow Rhode Island to meet the federal minimum bridge deficiency standard by 2025 or sooner by repairing more than 150 structurally deficient bridges and repairing another 500 to keep them from falling into advanced states of disrepair — a strategy that will save nearly $950 million.

Simultaneously, RhodeWorks will provide key investments to jump-start large projects that previously languished on the drawing boards (chiefly the reconstruction of the vital Route 6-10 interchange); to launch a truck-only tolling program to provide necessary funding to fix the state's bridges and to make important strides in improving safety, transit choice and utilization; and the impact of the state's roads on the environment.

Upon the close of the 2016 Federal Fiscal Year, RIDOT put $174 million out for bid for construction. In the 2017 Federal Fiscal Year, RIDOT is projected to initiate the procurement process for more than $200 million worth of road and bridge construction. Coupling those two years of RIDOT's annual infrastructure program with the $400 million Route 6-10 interchange reconstruction, the $100 million investment in the Providence Intermodal Transit Center, the $40 million new Pawtucket-Central Falls Train Station, $34 million in design-build contracts for Interstate bridges, $38 million for construction of the truck-only tolling system and $12 million for the new Southern Rhode Island Travel Plaza and Transit Hub, RIDOT will have reached the $1 billion mark by this fall.

• Accountability — RIDOT adopted unprecedented accountability measures, including the installation of more than 200 accountability signs at all its projects, enabling the public to see project cost and schedule, as well as whether the project was on time and on budget. RIDOT also published a full year of quarterly report submissions, which can be found on its website at www.ridot.net/accountability. These measures make RIDOT more accountable to the public and to itself.

• 6-10 Interchange — After sitting on the drawing board for more than 30 years, the replacement for the badly deteriorated and structurally deficient network of bridges at the Route 6-10 interchange in Providence is finally moving forward. RIDOT has initiated a request-for-qualifications (RFQ) process to solicit bids from construction companies to design and rebuild the badly deteriorated and structurally deficient network of bridges. Through RhodeWorks, $400 million is available to replace nine bridges in the interchange. Seven of these bridges are structurally deficient, many held up with temporary supports that were erected so long ago, they too are in need of repair. RIDOT anticipates construction to begin in the fall of 2017.

• 10-Year Plan — The FHWA and the Federal Transit Administration (FTA) approved RIDOT's 10-year transportation plan — a first for Rhode Island, which is one of only four states in the country to adopt such a long-range plan. The plan will be renewed annually.

• Reduction of Consultant/Soft Costs — RIDOT continues to see “soft costs” reduced as a percentage of project expenditures. Soft costs include oversight and consulting costs which have historically run higher than industry standards in Rhode Island. Total soft costs decreased a full percentage point from 38 percent to 37 percent in just the last six months. Consulting costs dropped from 15 percent to 11 percent.

• Bridge Toll Facilities — RIDOT executed a Memoranda of Understanding (MOU) with the Federal Highway Administration (FHWA), making it clear that the federal government agrees with Rhode Island's program to implement bridge tolls on large commercial vehicles or “tractor trailers” and that it meets the toll eligibility requirement in federal law. The department has issued a request for proposals (RFP) for the Design-Build-Operate-Maintain (DBOM) contract for the truck-only tolling program. RIDOT expects to award a contract in spring 2017. Construction of the tolling facilities will take approximately a year and half to build, reaching completion by the end of 2018.

• Rapid Bridge Construction — Over the course of two long weekend closures last fall, RIDOT replaced the East Shore Expressway and McCormick Quarry Bridges in East Providence. These represent the culture of innovation and commitment to project delivery at RIDOT.

• Route 6/10 Interchange and Interstate Route 95 North Bound Viaduct Project — RIDOT applied for $59 million in federal FASTLANE funding to support the $226 million Route 6/10 and Interstate 95 Interchange Project. This proposed project not only includes the replacement of the Northbound I-95 Providence Viaduct, but also will include improvements to greatly reduce traffic congestion and significantly improve safety.

• Pawtucket/Central Falls Commuter Rail Station — RIDOT was awarded a highly competitive TIGER grant for $13.1 million for the development of a new commuter rail station. The department this winter began accepting proposals from construction companies for the facility. RIDOT expects to award a design-build contract in early summer. This approach will shorten the overall timeframe to design and build the station, breaking ground in late 2017 and opening in late 2019.

• Providence-Newport Ferry Service — RIDOT successfully implemented the Providence to Newport Ferry Service, with more than 33,000 trips taken in its opening summer season. The service helps boost Rhode Island's tourism economy while reducing congestion and improving air quality. The department is working to bring back the service for 2017.

• National Guard Air Show Train — To relieve congestion and long delays associated with attendance at the Air Show, one of the most heavily attended annual events in Rhode Island, RIDOT provided direct train service to the event. Nearly 3,800 people rode the train. RIDOT anticipates offering the service again in 2017.

• Expanding Maintenance — In order to protect the investment being made through RhodeWorks funding, RIDOT is expanding its maintenance capability in terms of added personnel and new equipment. The department transferred 40 vacant administrative positions to maintenance to provide more field staff for addressing a wide range of maintenance and repair activities. The department created dedicated crews for drainage inspection and cleaning, for installing pavement markings, and for inspecting bridges. Additionally, the department is in the midst of modernizing and expanding its fleet through a nearly $20 million investment.

• Safety — RIDOT is developing a 10-year comprehensive plan to completely eliminate annual fatalities associated with impaired driving. In the past year, the department hosted the first Impaired Driving Summit at the Community College of Rhode Island's Knight Campus in Warwick, and launched a new initiative for unique and impactful safety messaging to motorists using its electronic highway message signs.

• Stormwater — RIDOT committed more than $110 million in its 10-year plan. The department has met and exceeded its requirement under a consent decree with the Environmental Protection Agency. A statewide inventory of all 16,000 drainage structures is more than half complete, annual drainage inspections and cleanings are at a pace nearly three times that which is mandated, and stormwater control plans and contracts to improve drainage systems are underway with work expected to begin in spring 2018. This project was undertaken in connection with the settlement of an enforcement action, United States v. Rhode Island Department of Transportation, taken on behalf of the U.S. Environmental Protection Agency under the Clean Water Act.