The Story Behind the Most Inescapable Billboard in Los Angeles

The story behind a construction boot model and her claim to fame in downtown LA. 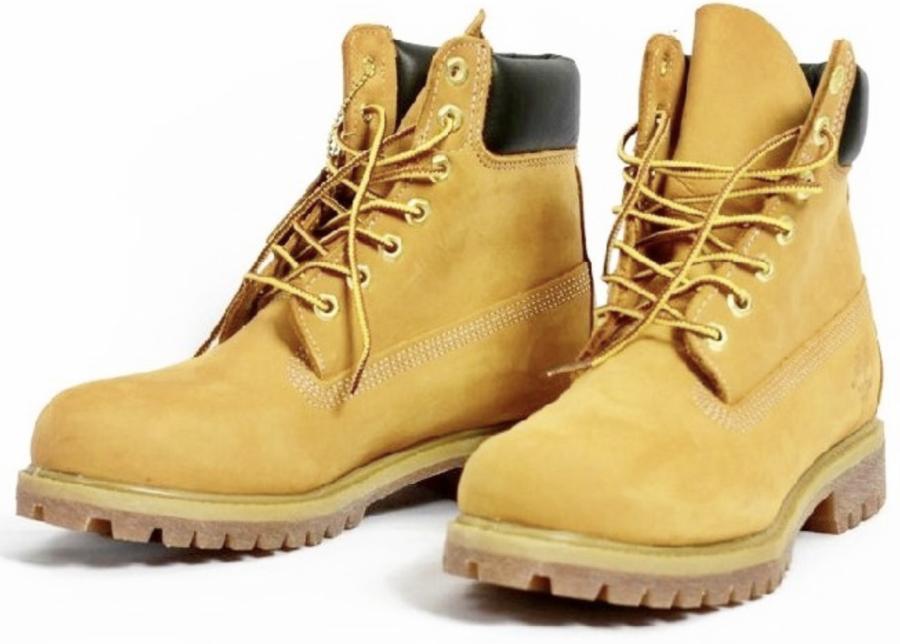 It's a tale as old as Hollywood itself. Girl moves to L.A. to catch a big break. Girl misses out on big break. Girl pivots to career as model/DJ. Girl poses for billboard that makes her the local face of industrial footwear for over ten years.

Her name is Sophia Lin, and even if you don't know her, you know who she is, because if you drive on our roads, you've seen her. Lin is the model for Work Boot Warehouse, a business whose billboards are just strip clubby enough to make you wonder if they're for a strip club, but not strip clubby enough to convince you. For the record: Work Boot Warehouse has five local locations, all of which sell boots and non-slip shoes, and, yes, they do sometimes get phone calls from folks wondering if shoes are the only clothing removed on the premises.

There are around 100 Work Boot Warehouse billboards. Lin is on all of them. The billboards represent the majority of Work Boot Warehouse's advertising, and they are the fruits of a strategy arrived at through trial and error. Don Gruberger, who founded the company in 1989, first bought billboard ads that featured boots only. Then the company did a billboard with a female construction worker. It tried a cute thing with a kid wearing dad's giant boots. None of it resonated. Finally the company used a model, Lin, in 2006.

Traffic to stores increased. Wives requested posters to give to their husbands for garage-beautification purposes. Customers said they wanted to meet Lin, who, for the record, does not work in the stores. “We always tell them she just left,” Gruberger jokes. Lin was a hit.

Who is the “Work Boot Warehouse Girl?”

Sophia Lin is not a household name, but she's famous enough to merit a Google auto-complete, which is its own kind of modern glory.

People recognize Lin. They don't know why. “Just ask!” she prods them. Friends and Snapchat followers send her snaps of her billboards. While driving around she sometimes sees herself floating over a Valley boulevard and laughs. “I will take a snap if I'm at a light and say, 'Who is she?'” she says.

Lin's story is that she moved from Kansas City to work at Sunset Tan in West L.A. with the understanding that she would be cast on the E! reality show of the same name. The opportunity fell through, so she turned to work as a DJ and model. She was the official Hot Import Nights Tour DJ from 2008-2012, a gig that led to an un-credited appearance as “kissing girl” (if you love the movie you know the kiss) in Fast & Furious. She spent some time as the resident DJ at Coyote Ugly and Marquee in Las Vegas. Today she DJs all over the country and still makes her home here.

Along the way, she unexpectedly became the face of Gruberger's work boot business. Lin shot the original billboards in 2006, and photos from that shoot stayed up for eight years. In 2015, to shake things up, Gruberger tried a new model. The reaction was meh. Customers asked what happened to Lin. They missed her. So Gruberger commissioned new billboards with Lin, which went up last year, and now the campaign is entering its second decade as part of daily Valley commutes and trips to Costco.

Before living in Kansas City, Lin was raised in Maryland, outside of DC, where her father ran—yep—a construction company.

“We used to do radio advertising and newspaper advertising and all that old-fashioned stuff,” Gruberger said, later adding that the company tried marketing online as well. “It would be good for a few weeks, and then it always fizzled out. The billboards had long-term staying power, and it kind of branded us. That was the goal: to get people thinking. Whether they liked the advertisement or not, they saw it, and they knew who we were.”

Lin says she gets how the ad campaign works, the way it engages people in the moment, and in their future selves. When asked if anyone ever gets confused and wants to know if the ads are for a strip club, she laughs and says, “It's so funny, it's true, but then wouldn't the girl be wearing stilettos?”

It works because you remember it

Even if you're not in the market for boots, the billboards push their way into the boot-buying brain and remain there until you realize you need to buy boots. What's the place with the billboard again? The one with the woman. Ah, right. That place. About 75 percent of Work Boot Warehouse's business is corporate, and the rest is walk-in, says Gruberger. The walk-ins tell him it's the billboards that originally alerted them to the existence of the store.

Gruberger, a Cal-Northridge grad from Newbury Park, sometimes gets calls from people who are upset about the billboards, and he says he always hears them out. Customers, though, are clearly more concerned with finding comfortable, safe footwear for jobs, or for recreation. The store's regulars include construction workers, workers on oilrigs, police officers, firefighters, hospitality staff, food service personnel, care personnel, and landscapers, among others. -LAMag