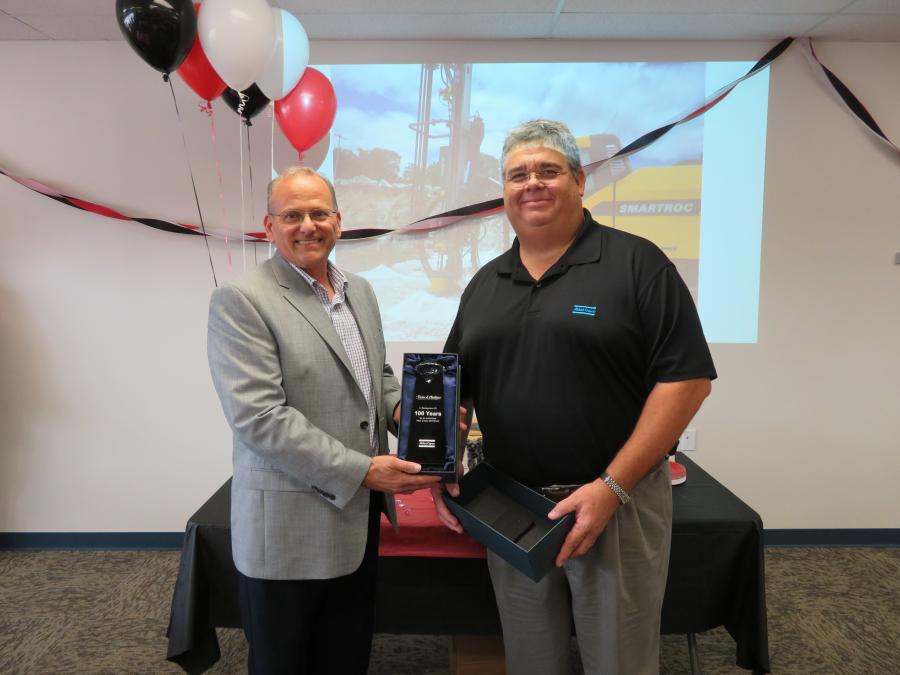 On Sept. 18, executives of Atlas Copco came to The Victor L. Phillips Company's Kansas City, Mo., location to celebrate its 100-year anniversary of being an Atlas Copco dealer. Executives in attendance included:

In 1911, Victor L. Phillips and W.C. Jones founded The Jones-Phillips Company in downtown Kansas City, Mo. The two met while working at competing asphalt sales companies, and after leaving their respective companies, decided to work together. There were only three product lines, one of which was an asphalt kettle that Phillips had designed himself. By the end of a tough first year, Jones left and Phillips bought him out and changed the name of the company to The Victor L. Phillips Company. The company picked up its first big manufacturer deal in 1917 with Ingersoll-Rand and have been a dealer ever since. In 2004, Atlas Copco finalized the acquisition of Ingersoll-Rand Drilling Solutions.