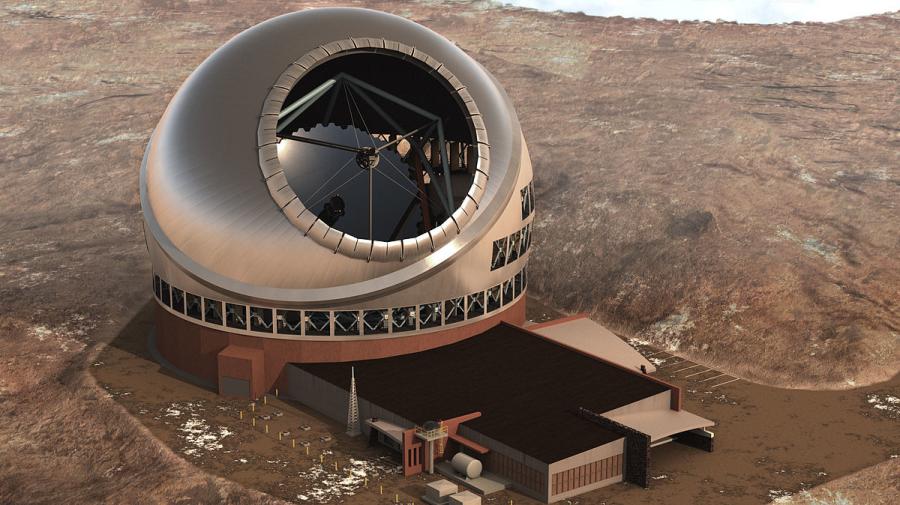 The Hawaii Board of Land and Natural Resources gave the go-ahead on the construction of the $1.4 billion Thirty Meter Telescope (TMT) Sept. 28 in a five-to-two vote.


The Hawaii Board of Land and Natural Resources gave the go-ahead on the construction of the $1.4 billion Thirty Meter Telescope (TMT) Sept. 28 in a five-to-two vote.

The Board of Land and Natural Resources had previously issued a permit in 2011 for the TMT to be built on the Mauna Kea mountain, and according to Space.com, TMT broke ground on the site in 2014, but the state's supreme court invalidated it, Astronomy Magazine reported, after community protests.

Early on, protesters voiced their disapproval of the project, expressing concerns over its cultural and environmental implications. What's more, native Hawaiians believe Mauna Kea to be a sacred location, Space.com reported.

Now that this latest permit has been issued, protests still continue in the form of filed motions to put a hold on the permit, Astronomy Magazine reported.

This latest permit contains a list of requirements, including:

“We are greatly encouraged,” said TMT Board Chair Henry Yang. “In moving forward, we will listen respectfully to the community in order to realize the shared vision of Mauna Kea as a world center for Hawaiian culture, education and science.”

With low temperatures and low humidity, the 14,000-ft.-high mountain is an optimal location to build the TMT, but if it cannot be built by researchers' April 2018 deadline, it will go to an alternate location at the Roque de los Muchachos Observatory on the Canary Islands in Spain.