This Week in History, the Astrodome Rose 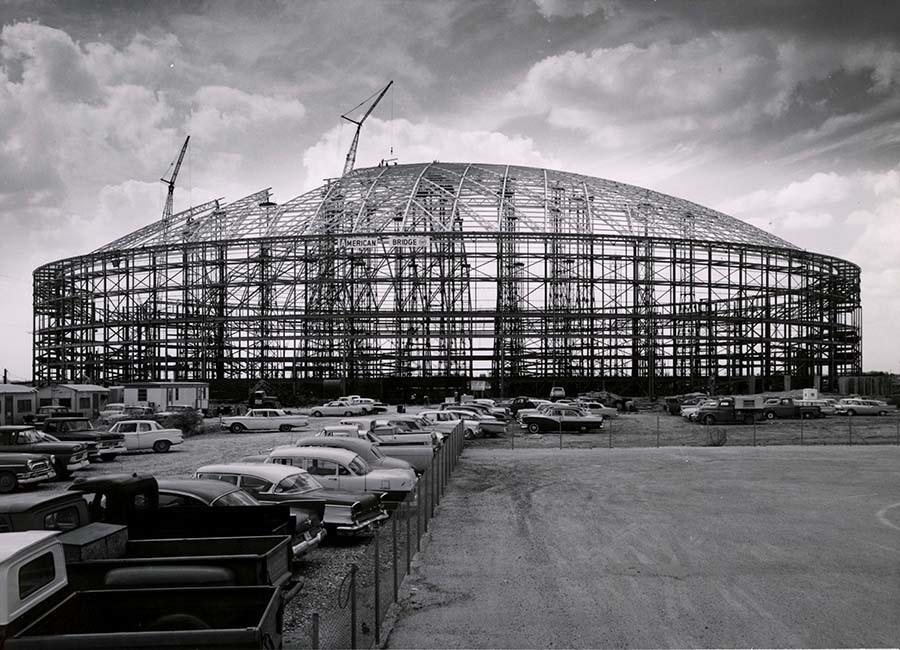 More than 50 years ago this week, construction began on the Astrodome in Houston. What would become known as the “Eighth Wonder of the World,” the arena took the title of the world's first domed stadium, Chron reported.

With a $9 million voter-approved bond, construction officially began on March 18, 1963—a little more than a year after Houston officials broke ground on the site by shooting blanks into the ground with six-shooters.

In order to build the stadium, crews first created a series of towers: "Thirty-seven erection towers were necessary in building Houston's new domed stadium. The tallest tower, at the center of the structure, was 212 ft. This and the other towers were salvaged by the erector," said Louis O. Bass in a 1965 civil engineering journal.

The construction process, however, wasn't without its share of tragedies. Three workers died on the site—welder Homer B. Williams and Frank Halliburton both fatally fell in 1964, and Leon Homer died onsite in 1963.

The project was completed and ready for fans to see the first Houston Astros game on April 9, 1965.