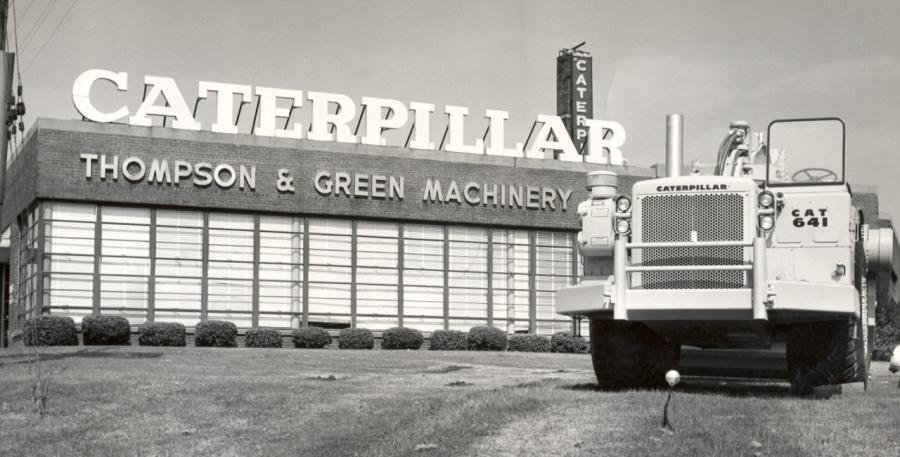 Thompson Machinery, the local Caterpillar dealer in middle and west Tennessee and north Mississippi, celebrates its 75th birthday this month. In a letter written by the late DeWitt Thompson III, he reflects on the opportunity for the family to transition from a GMC truck dealership to a Caterpillar dealer was due to being in the right place at the right time. It was a summer day in 1944 when his father, DeWitt Thompson Jr., answered a phone call from a sales manager of the Caterpillar Tractor Company (now known as Caterpillar Inc.) who said that he was in town to interview people who might be interested in becoming a Caterpillar dealer. DeWitt III always liked to say that his father's response was that he put the phone down with his left hand and picked up his hat with his right hand, ready to get to work.

Shortly after that fateful phone call, DeWitt Thompson Jr. and his business partner, George Green, were selected out of 16 applicants and formed Thompson and Green Machinery. One of the reasons for Caterpillar's selection was DeWitt and George's philosophy of providing excellent service in support of sales, a key component to the success of their GMC truck dealership. 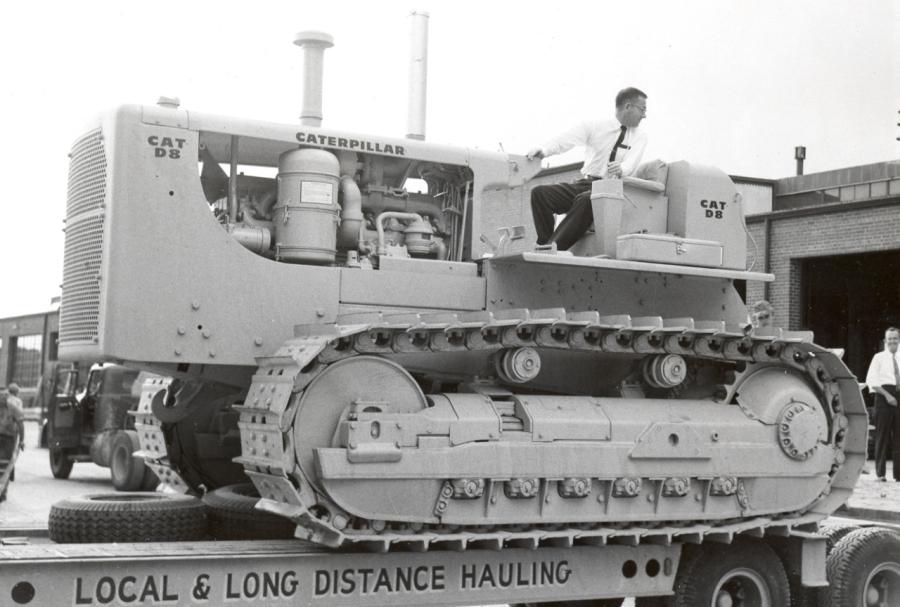 At the time, World War II was in full swing and most of U.S. manufacturing was focused on the war effort. New products from Caterpillar factories for dealer distribution were limited. Thompson and Green would simply "book" a sale and put each buyer in line for delivery based on date of sales order. There was a waiting list for every tractor and motor grader offered, and customers would routinely drop by the office to ask where they stood in line. With the supply of new machines being limited and customers needing equipment, Thompson and Green would acquire old tractors that were badly worn and completely rebuild them, a practice which remains a large part of their business model today.

By late 1957, Thompson and Green had prospered to the extent that Caterpillar offered to expand its territory to the northern part of Alabama. The offer was immediately accepted, and a wholly owned subsidiary company named Thompson Tractor was created, which was headquartered in Birmingham. DeWitt III's younger brother, Hall Thompson, departed Nashville for Birmingham and was named the dealer principal. In 1965, Thompson Tractor spun off from Thompson and Green, and since then has expanded its Caterpillar dealer footprint to include all of Alabama and the Florida Panhandle.

The company eventually changed its name to Thompson Machinery in 1987, when DeWitt Thompson IV acquired additional Caterpillar dealer territories from Taylor Machinery in west Tennessee and Stribling-Clements in north Mississippi. Current Dealer Principal De Thompson V reflecting on the previous generations' legacy stated, "Although they were all proven, successful leaders, I am doubtful they ever envisioned what Thompson Machinery has become today. With four generations, we now have over 650 talented, dedicated team members serving thousands of customers in 99 counties across Tennessee and Mississippi."

Technical Services Manager Phillip Welch is one of those dedicated employees who has spent his entire career with Thompson. Welch started working for Thompson in 1968, while he was still attending school at Nashville Auto Diesel College. He thought back to his first impressions of Thompson, "It was known as a great place to work throughout the community. After a short period of time, I understood why. The employees were treated very well and highly thought of by the Thompson family. After only working for a few months, I left knowing that Thompson was a place I would like to come back to." Why did Welch leave in the first place? He joined the United States Army to go fight in the war in Vietnam. In 1971, after valiantly serving our country for four years, Welch returned home to Nashville and to Thompson Machinery. Looking back on his 50 years with Thompson, Welch stated, "Although there have been a lot of changes through the years, one thing remains the same: Thompson is still taking care of their employees and customers the same way they did 75 years ago when the company first began."

A descendent of George Green, Thompson's original business partner, current Director of Product Support George McClary has also spent the majority of his working life at Thompson and provided additional insight. "To see the changes in our industry and to have a company that has been around for 75 years is a great testimony to the owners and employees of that company," he said. "I believe the reason for our success has been the fact that the Thompson family as a whole has always lived our company values and treated our customers and employees with that in mind. While we have grown to be in two states and have 650 employees, Thompson Machinery has always, and continues to have, a family atmosphere."

As Thompson gears up to celebrate the big anniversary, they want to take the time to say thank you to their hard-working employees, Caterpillar Inc. and customers, who are the ones who have made reaching this milestone possible. Because of their hard work together, so much has been accomplished for our communities: constructing new homes, business buildings and schools; building and paving new roads and bridges; supplying power to local hospitals and banks; powering boats and trucks transporting goods; supporting mines and mills, and many other industries as well.

Looking ahead, De Thompson V stated, "The future is bright for the people of Tennessee and Mississippi, and Thompson Machinery is excited to have the opportunity to represent Caterpillar while continuing to partner with our customers in all industries to make the communities we serve stronger and better places to live for generations to come."