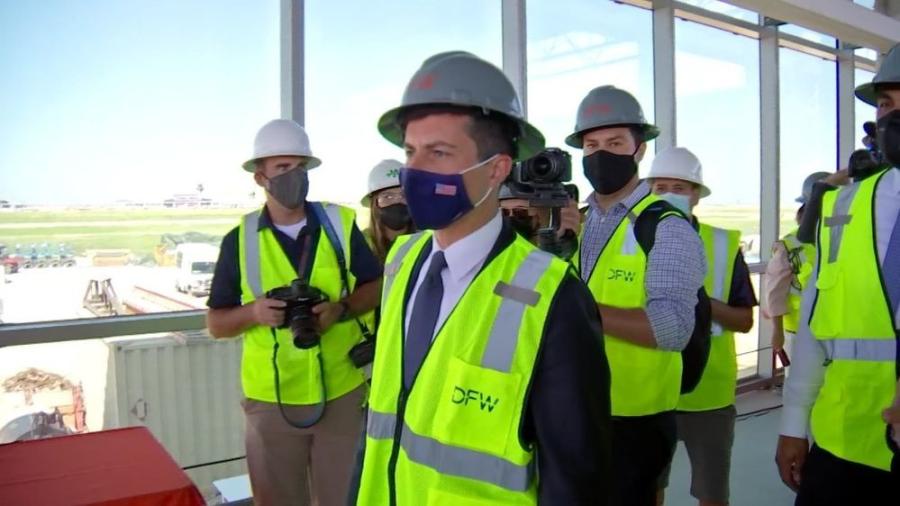 On the heels of a big win in the Senate, the passage of the Infrastructure Investment and Jobs Act, Transportation Secretary Pete Buttigieg came to north Texas.

He toured the Terminal C construction site at DFW Airport. It is a modernization project, bringing much-needed space to the airport. He was joined by Dallas Congresswoman Eddie Bernice Johnson, Dallas Congressman Colin Allred and Fort Worth Congressman Marc Veasey. Buttigieg then took a trip on a DART train. He spoke to NBC 5 about real, lasting change.

"Some of these differences you are going to see right away. Others will play out over years, and even decades, because this really is a vision not just for this moment but for the entire era to come," said Buttigieg.

According to whitehouse.gov, based on a funding formula, Texas stands to gain $26.9 billion for highway projects; $537 million for bridges; $3.3 billion for public transportation; and at least $100 million for broadband coverage.

The secretary also told NBC 5 there are billions of dollars for power grids. While Texas maintains its own power grid, Buttigieg said the bill can still help the state.

"Absolutely. You know Texas, unfortunately, had an experience that showed the nation how important it is to invest in resilient grid infrastructure," said Buttigieg.

While today was celebratory, it is not a victory lap. The Senate has given this package the green light, but it has to go through the House.