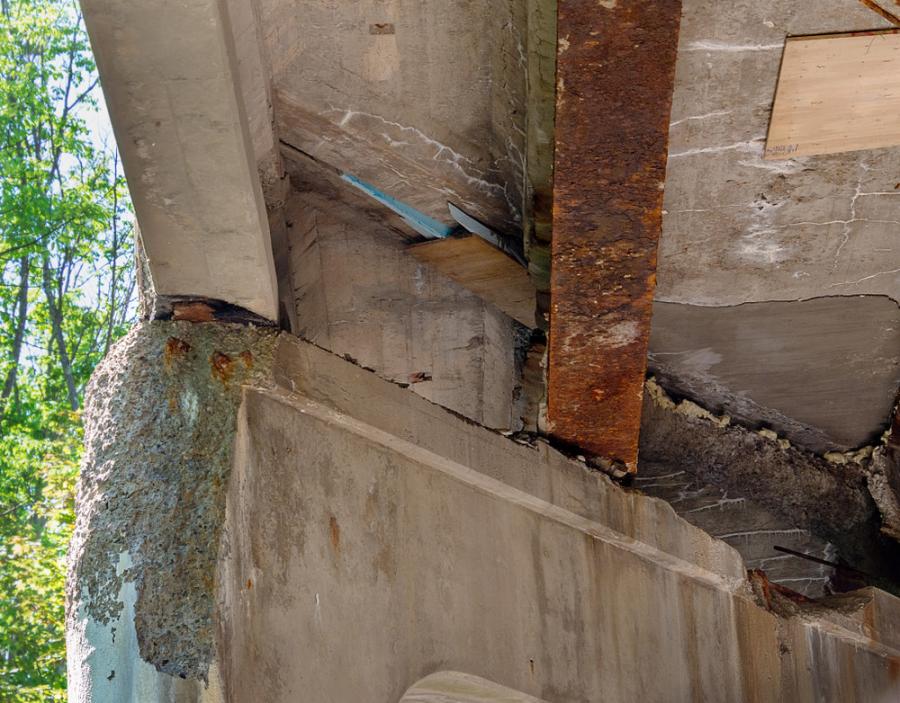 Ten percent of bridges in New York State are rated in poor/structurally deficient condition, according to a new report released by TRIP, a Washington, D.C.-based national transportation research nonprofit.

This includes bridges 20 ft. or longer. A bridge is rated poor/structurally deficient if there is significant deterioration of the bridge deck, supports or other major components.

New York bridges that are poor/structurally deficient carry 11,590,945 vehicles per day. Poor/structurally deficient bridges may be posted for lower weight limits or closed if their condition warrants such action. Deteriorated bridges can have a significant impact on daily life. Restrictions on vehicle weight may cause many vehicles — especially emergency vehicles, commercial trucks, school buses and farm equipment — to use alternate routes to avoid weight-restricted bridges. Redirected trips also lengthen travel time, waste fuel and reduce the efficiency of the local economy.

Fifty-three percent (9,364 of 17,521) of locally and state-maintained bridges in New York have been rated in fair condition. A fair rating indicates that a bridge's structural elements are sound, but minor deterioration has occurred to the bridge's deck, substructure or superstructure. The remaining 37 percent (6,400 of 17,521) of the state's bridges are rated in good condition.

"Maintaining safe and stable infrastructure is critically important to all New Yorkers. Every day, millions of people travel through our state on what are often poor and structurally deficient roads and bridges," said Sen. Tim Kennedy, chairman of the New York State Senate Committee on Transportation. "Now more than ever we need to ensure that we're dedicating resources to local infrastructure that is desperately in need of repair and maintenance. Taxpayer dollars must be put to work to improve our local community. I will continue to work with local stakeholders and continue to fight for additional funding to improve our roads and bridges."

"On behalf of our more than 900 town highway superintendents we'd like to thank TRIP for its excellent work highlighting the need for increased funding to stabilize the condition of our state and local bridges," said Town of Denmark Highway Superintendent Patrick Mahar, president of the New York State Association of Town Superintendents of Highways. "We commend Governor Cuomo and our state legislators for investing over $450 million in local bridges through the Bridge-NY program. But significant increases are needed in this and other local infrastructure programs to ensure New Yorkers don't have to continue to drive over deficient bridges."

Graphic 2 details the five poor/structurally deficient bridges in the state's largest urban areas (carrying a minimum of 500 vehicles per day) with the lowest average rating for the condition of the deck, substructure and superstructure. Each major component of a bridge is rated on a scale of zero to nine, with a score of four or below indicating poor condition. A bridge receiving a rating of four or below for its deck, substructure or superstructure is rated as poor/structurally deficient.

"The TRIP Report underscores what highway superintendents throughout the state understand about the condition of many of our local bridges," said Dennis S. Davis, president of the New York State County Highway Superintendents Association. "Poor bridge condition ratings negatively impact functionality, time of travel, safety, the local economy and the overall experience of the traveling public. With many aging bridges more than 70 years old, not to mention tens of thousands of culverts also requiring immediate reconstruction or replacement, we face a situation in desperate need of increased public investment and a concerted effort on the part of all levels of government to address the funding demands of our aging and ailing transportation systems."

"New York's bridges are a critical component of the state's transportation system, providing connections for personal mobility, economic growth and quality of life," said Will Wilkins, TRIP's executive director. "Without increased and reliable transportation funding, numerous projects to improve and preserve aging bridges in the Capital Region and statewide will not move forward, hampering New York's ability to efficiently and safety move people and goods."