According to a notice in the Federal Register, the new wall will be between 18 and 25 ft. high structure “that employs are more operationally effective design.” 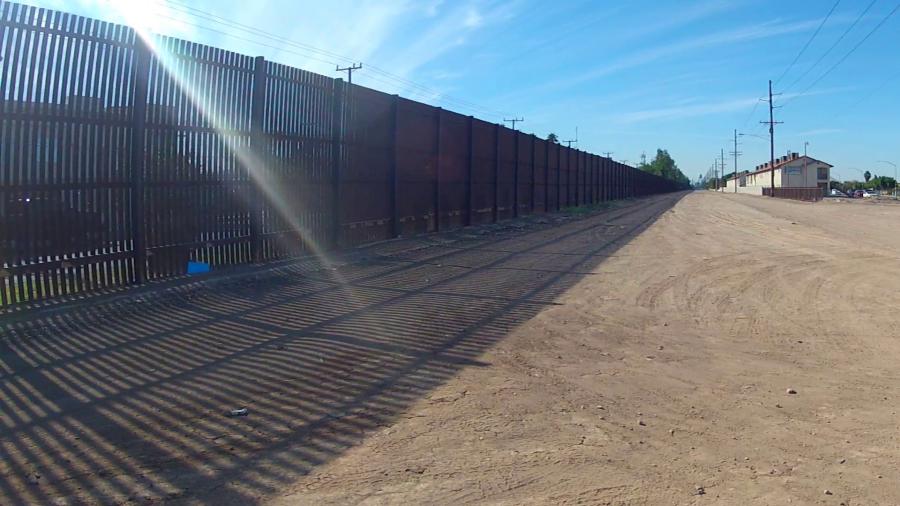 The Trump Administration will waive a series of laws and regulations to expedite the construction of a two-mile stretch of border wall in California.

The Trump Administration will waive a series of laws and regulations to expedite the construction of a two-mile stretch of border wall in California. The piece of wall in question is located in Calexico, Calif., and would replace 1990s-era 14-ft. fencing, the Desert Sun reported.

According to a notice in the Federal Register, the new wall will be between 18 and 25 ft. high structure “that employs are more operationally effective design.”

To push the process forward, the Trump Administration will waive 28 federal laws, including the Clean Air Act and the National Environmental Policy Act, for a stretch of three miles. Although the portion of new wall will only be two miles long, the extra mile covered will provide an area for construction equipment and materials. The administration also recently waived 37 laws and regulations to build border wall prototypes and replace old construction along 15 miles of border around San Diego.

Members of the Sierra Club expressed criticism of the administration's actions.

“People in Calexico now are being denied the protections afforded to them by really important laws such as the Clean Air Act, the Clean Water Act,” said Dan Millis, a campaign organizer of the Sierra Club's Grand Canyon Chapter in Tucson, Ariz.

But the Department of Homeland Security said it is working together with federal and state agencies “to ensure impacts to the environment, wildlife, and cultural and historic artifacts are analyzed and minimized, to the extent possible,” the Desert Sun reported.

For Calexico, construction will include replacement of a piece of wall west of the main border going into Calexico where a new port-of-entry is being built. According to the Department of Homeland Security, the new portion of wall will be a “bollard wall,” which will consist of a series of steel posts several inches apart, about 18 ft. high. According to patrol agents, replacing that portion of the wall is key for safety: the solid metal of the existing wall means that agents can't see possible threats from the other side, the Desert Sun reported.

Border Patrol Agent Juan Gonzalez said, “That location is where we have the most assaults against our agents. It's one of the most dangerous. Agents are constantly being assaulted by rock-throwings,” Gonzalez said. “Rocks are being thrown at them while trying to apprehend people who enter illegally.”

According to U.S. Customs and Border Protection Spokesperson Roger Maier, a contract will be awarded in November for the project, and construction will likely begin in February 2018. Maier also said the agency will work to prevent erosion, control dust and handle storm water in the construction area, the Desert Sun reported.