Some of the skills the graduates are learning include fire, water and air analysis; hydrology; and failure analysis. 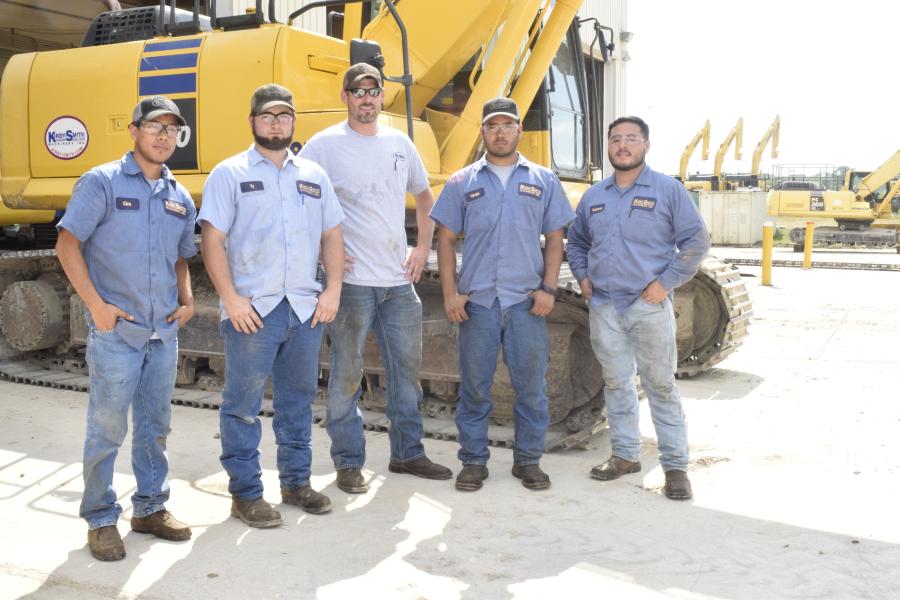 Kirby-Smith Machinery Inc. has hired 10 graduates so far this year. The alumni are all full-time service technicians at the company, specializing in sales, repairs and rentals of bulldozers, dump trucks, excavators, boom trucks, loaders and other heavy machinery.

The company has 400 employees at its locations in Abilene, Amarillo, Dallas, Fort Worth, Lubbock and Odessa, as well as Oklahoma City, Tulsa, St. Louis and Kansas City.

Ben Sitton, a technical trainer for Kirby-Smith, said TSTC in Waco's location is strategic for filling its needs at its Texas branches. Most of the graduates work in Dallas.

“Everything is going computer-based and it is hard to find people who want to get dirty and build things,” said Sitton. “We have a lot of guys retiring in the future, so we will constantly add trainees. We want to give them some of the knowledge of the more experienced workers before they retire.”

TSTC's graduates are in a two-year, on-the-job training program implemented earlier this year by Kirby-Smith. The program places them with experienced technicians to learn the working culture.

Victor Membreno, 20, of Brenham, Texas, and an August 2016 graduate of TSTC, learned about Kirby-Smith through friends.

“You have people who have done this for 25 years,” Membreno said. “They see you as the next generation. They want to give you their knowledge.”

Some of the skills the graduates are learning include fire, water and air analysis; hydrology; and failure analysis. The end result will be experienced workers certified as Komatsu technicians with a knowledge of how Kirby-Smith handles its service to customers.

“We can mold them into what we want,” Sitton said.

The company teaches safety around the machinery. Ty McCarver, 21, of White Settlement, Texas and a spring TSTC graduate, said the family-like atmosphere is also emphasized. His career goal is to get repair experience and later move into management.

“I told them when I was interviewing that I was willing to work,” McCarver said. “I did work on my grandfather's older cars growing up.”

Rick Adam, 35, of Granbury, Texas, and a spring TSTC graduate, said his job at Kirby-Smith is the best he has ever had.

Adam said the key to being successful at the company, and any job, is to listen.

The alumni are grateful for what they learned in TSTC's diesel equipment technology program.

“At DET, they taught us the basics,” said Rodrigo Gutierrez, 21, of Ennis, Texas and a spring 2016 TSTC graduate. “Knowing your basics is important. We can grow from there.”

Gutierrez said working with engines came naturally to him because he did repairs on his father's two tractor-trailers while growing up.

“I went to school for this, so I knew what I was getting into,” Gutierrez said.

Ciro Suaste, 21, of Italy, Texas, said TSTC's career services staff were helpful in him finding a job. The summer graduate said he enjoys the flow of work and the tools, particularly the sockets, he uses daily.

“We like to find students with good grades who are willing to learn and have a good knowledge of hand tools and the basics going through school,” Sitton said.