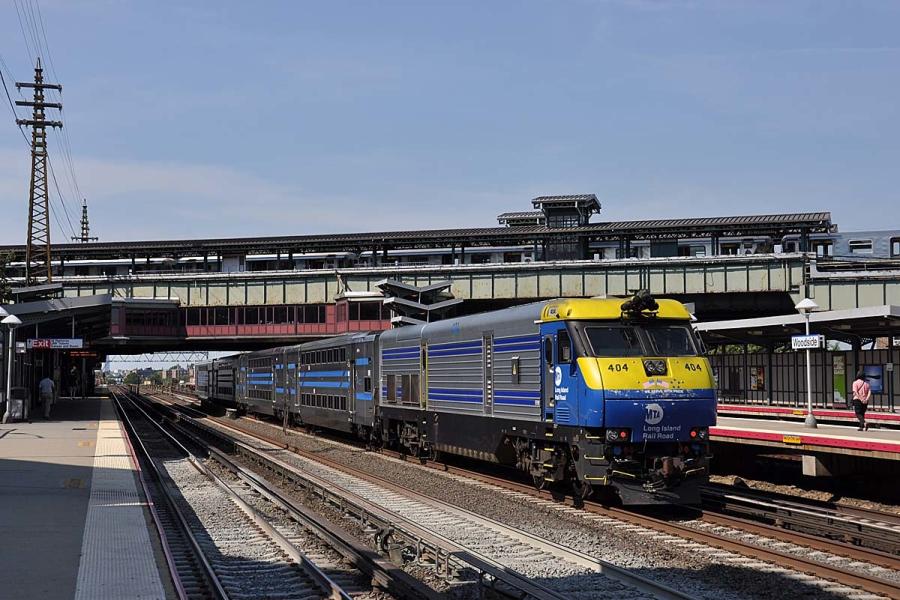 The agency that runs the Long Island Rail Road has spent more than a decade carving out tunnels and a massive subterranean cavern that will bring suburban trains beneath the East River to Grand Central in Manhattan. (trn.trains.com photo)

NEW YORK (AP) In a parallel universe where utility projects finish on time and budget, at least some beleaguered passengers disrupted by planned summer repair work at Pennsylvania Station could have used Grand Central Terminal.

But the latest estimates for that undertaking are that it won't be operational until 2022, 13 years after the original completion date.

The agency that runs the Long Island Rail Road, the busiest commuter railroad in the United States, has spent more than a decade carving out tunnels and a massive subterranean cavern that will bring suburban trains beneath the East River to Grand Central in Manhattan.

Besides being more than a decade behind on construction, the East Side Access Project is billions of dollars over budget.

Two derailments in the last several months, a power failure, signal problems and other issues at Penn Station have pushed Amtrak, which owns the property, to begin replacing aging tracks and other equipment. The station is a critical part of travel on the Northeast Corridor, between Washington, D.C., and Boston.

The summer repairs are expected to knock several of the station's 21 tracks out of service for approximately seven weeks, beginning in July. That will lead to some reductions in service, and probably other delays.

“This summer will be the culmination of years of frustration and anger,' added Mark Epstein, chairman of the Long Island Railroad Commuter Council. “Repairs go up and services go down.'

The MTA has complained it is not getting the cooperation it needs from Amtrak to make progress on the East Side Access Project, and fears work at Penn Station could add to delays in completing the project. Amtrak counters that the summer work at Penn Station won't impact the Grand Central project.

Once finished, the new Long Island Rail Road terminal at Grand Central will be as big as five city blocks and reach 14 stories deep.

It will handle an estimated 160,000 passengers daily, about half of the rail road's projected riders.

The terminal under Grand Central will have four platforms serving eight tracks over two levels. A retail and dining concourse also is being built. A 7-mi. network of new tunnels is being constructed at an estimated cost of $10.2 billion — more than double what was originally planned.

Mitch Pally, an MTA board member from Long Island, said a gigantic hole has been dug under Grand Central and the outline of a new station there is progressing.

The tunneling work between the Manhattan station and under the river to Queens also has been completed, he said. Work still needs to be done to configure track locations from the existing tracks that head to Penn Station and create a split toward the new destination.

A 2013 report noted the Authority had originally planned to bring Long Island Rail Road trains directly into the existing lower level of Grand Central Terminal, which is now used only by the Metro-North commuter rail system that serves the city's northern and Connecticut suburbs.

But a 2001 environmental impact statement said constructing a separate concourse and Long Island Rail Road cavern below Grand Central had substantial advantages. The changes were a key factor in delaying the project.

Mitchell Moss, director of the Rudin Center for Transportation Policy and Management at New York University, said the project also ran into significant delays when builders encountered conditions that made tunneling more difficult than anticipated on the Queens side of the project.

Currently, the Long Island Rail Road is the busiest commuter railroad in the country, with about 333,600 weekday riders. That's about 10,000 more than the second biggest, New Jersey Transit.