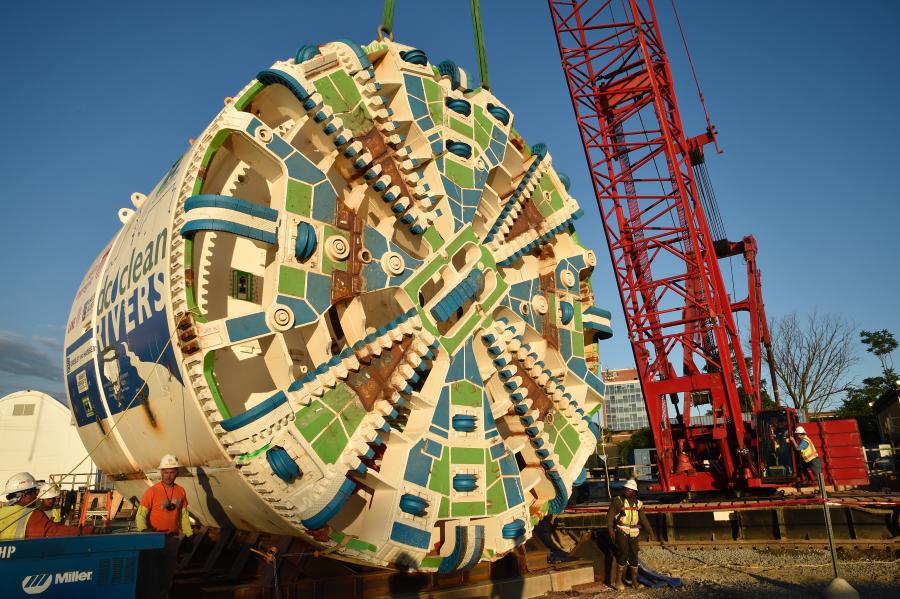 Since the early 1900s, Washington, D.C., has battled chronic sewer flooding from an undersized sewer system not built for the boom of the District. Currently, there is a 50 percent chance that flooding could occur in any given year and there are six areas that are plagued by continuous overflow. In fall of 2017, DC Water began a project that will significantly mitigate the chance of flooding and provide a system capable of handling a 15-year storm in the areas it serves.

The Northeast Boundary Tunnel (NEBT) is 27,000 ft. long and 23 ft. in diameter. This reinforced concrete sewer tunnel will increase the capacity of the existing sewer system in the District, significantly mitigating sewer flooding and improving the water quality of the Anacostia River. The NEBT is the largest component of the DC Water's “Clean Rivers Project” and will start just south of the RFK Stadium and extend north to Rhode Island Avenue and west to R Street NW.

In addition to the tunnel, DC Water will be constructing diversion facilities along the tunnel alignment to capture flows from the existing sewer system and divert them to the tunnel. Ventilation control facilities will be added to regulate air flow. The NEBT will connect with the First Street Tunnel and Anacostia River Tunnel to provide a complete gravity system from Northwest DC to Blue Plains Advanced Wastewater Treatment Plant, where all flows captured by the tunnel system will be delivered for treatment prior to discharge to the Potomac River.

A joint venture of Salini-Impregilo/Healy (SIH) was selected based on the highest technical score and lowest price proposal. The $580 million bid is for design-build, a contract type adopted by DC Water in recent years. DC Water recently adopted the design-build method to allow for more contractor innovation and greater coordination with the project owner.

“With this decision, the board of directors is making a tremendous investment in the future of the District of Columbia and the Anacostia River,” said DC Water Board Chairman Matthew Brown. “The scourge of combined sewer overflows has long contributed to the pollution in our waterways, and we are delivering on our promise to be part of the solution not the problem.”

SIH will excavate approximately 775,000 cu. yds. of material from the tunnel and associated shafts. Currently, the tunnel boring machine (TBM) is being assembled at the main shaft and is scheduled to be lowered down the shaft in a single piece in early July. The TBM weighs about 650 tons not including a 350 ft. long sled of support equipment that is pulled behind the TBM. The TBM application will launch in August. The rest of the site is being prepared for support of the TBM operation which includes installation of gantry cranes, mucking systems, ventilation, utilities, and roadwork. Three shafts ahead of the TBM also are being prepared. 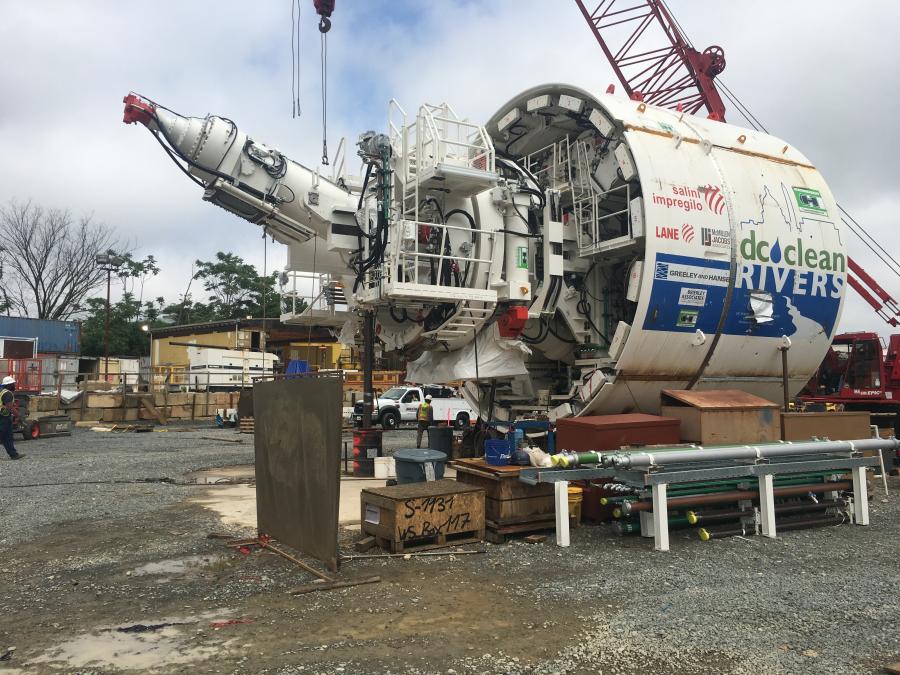 Completion of the NEBT in 2023 will fulfill new facility construction on the Anacostia River required by DC Water's Consent Decree. Once the NEBT is connected to the other Clean Rivers tunnels, combined sewer overflows to the Anacostia River will be reduced by 98 percent. In addition to controlling combined sewer overflows, the construction of the Northeast Boundary Tunnel will reduce the chance of flooding in the areas it serves from approximately 50 to 7 percent in any given year.

The Clean Rivers Project is DC Water's $2.6 billion ongoing program to reduce combined sewer overflows into the District's waterways — the Anacostia and Potomac Rivers and Rock Creek. The project is a massive infrastructure and support program designed to capture and clean water during heavy rainfalls before it ever reaches our rivers.