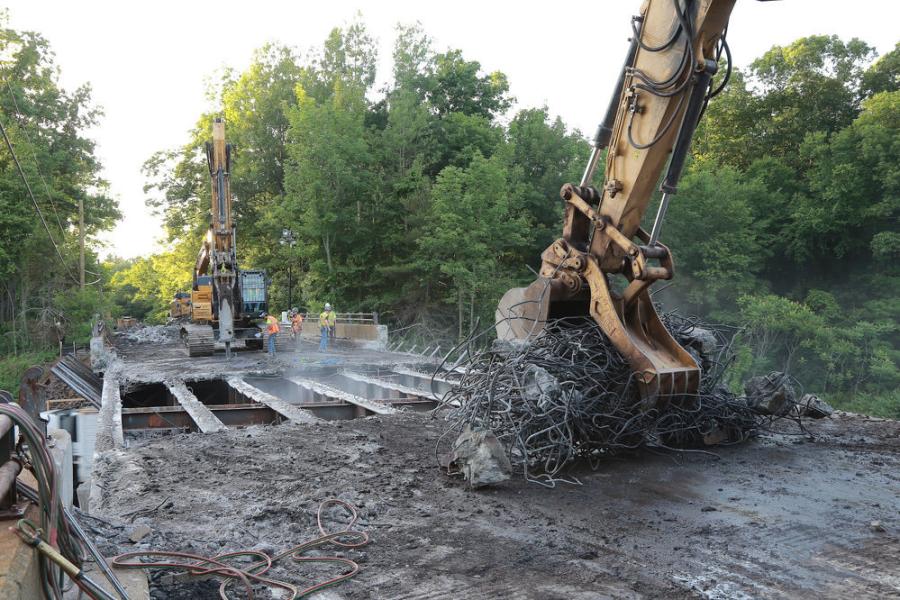 The $22.1 million project for the design and construction of the four bridges is being completed by Middlesex Corp., the prime contractor and H.W. Lochner, the engineering design firm.

Two down, two to go is the progress report for the Connecticut Department of Transportation bridge rehabilitation project that completed the second bridge in East Hartford, Conn., on Oct. 19 and will complete two more next year. The first bridge, on Potter School Road over 1-84 in Willington was completed first, on Aug. 25.

The $22.1 million project for the design and construction of the four bridges is being completed by Middlesex Corp., the prime contractor and H.W. Lochner, the engineering design firm. All the money is from the state, with no federal financing, according to Greg Kozma, the CT DOT project engineer. 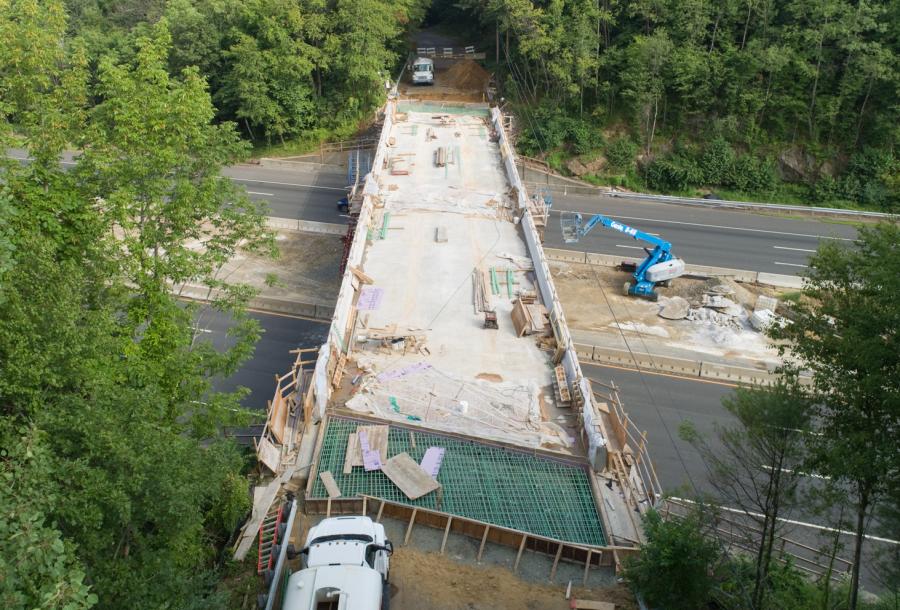 All four bridges were constructed in the 1960s and exhibit significant deterioration. The repair of the bridges will keep them in service for the next 75 years. The bridges are being rehabilitated over the 2018 and 2019 construction seasons.

Accelerated Bridge Construction (ABC) techniques are being used in this project, to minimize construction time and traffic impacts on the community.

John Kristensen, a Middlesex Corp. project executive, said, "Traditional bridge and roadway construction techniques were used for the phased demolition and reconstruction of the first bridge and prefabricated bridge units were used on the second bridge to accelerate the construction schedule." 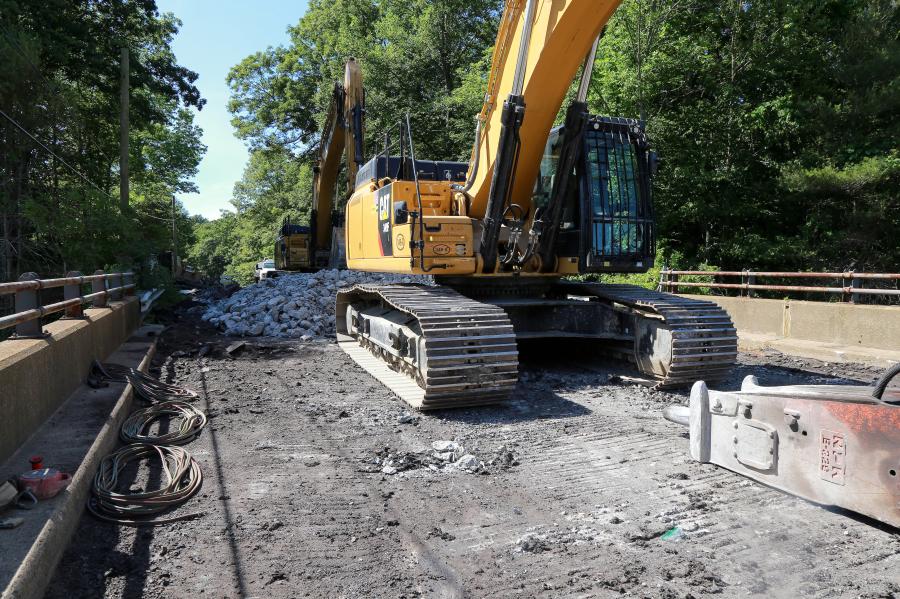 "In order to only require a two-month traffic shutdown, Lochner designed prefabricated bridge units, which consist of pairs of steel plate girders on which a concrete deck was cast at a precast plant. The six PBUs were shipped to the site just before placement and set over the course of two nights with a single crane. Lightweight concrete was used for the deck to minimize pick weights," said Byrne.

The second bridge on Route 2 over I-84 also was a superstructure replacement with strengthening and modification of the substructure.

"The bridge was constructed in two stages of approximately three months apiece," Byrne said. "Single span steel girders were used for this three-span bridge, with the deck made continuous by linked slabs to reduce future maintenance."

Work will begin for the two bridges set for construction in 2019 on April 1, according to Kozma. 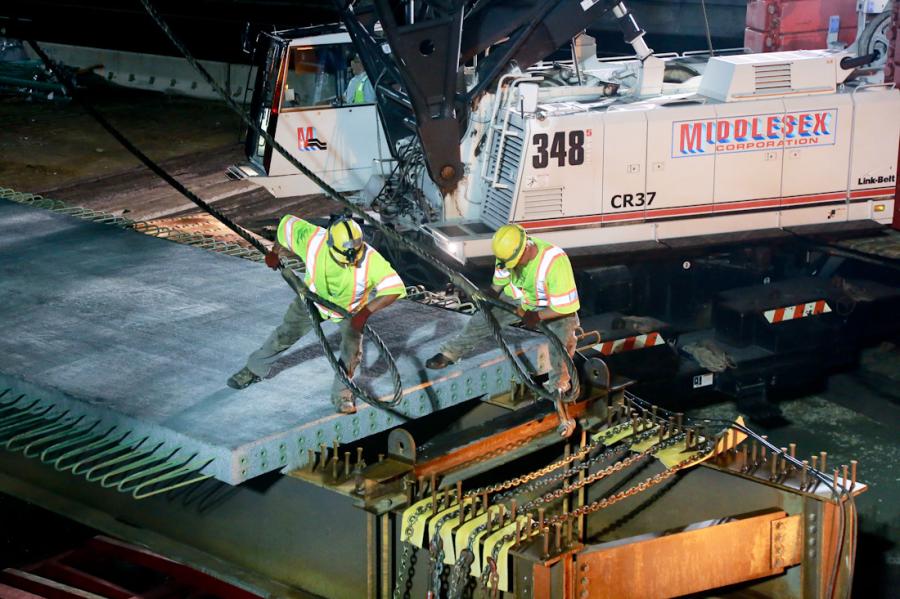 "The design is all complete at this time," Byrne said. "The third and fourth bridges are also in East Hartford and consist of the ramp at Exit 54 on I-84W to Route 2 and the bridge carrying Route 2 westbound and the ramp from Governor Street over I-84 Eastbound. These two bridges are side by side and both are currently three-span structures."

"We will use precast block and geosynthetics for the geosynthetic reinforced soil-integrated bridge system substructures," Kristensen said.

The GRS-IBS abutments and single span superstructures have been used in a number of locations around the state, Byrne said. 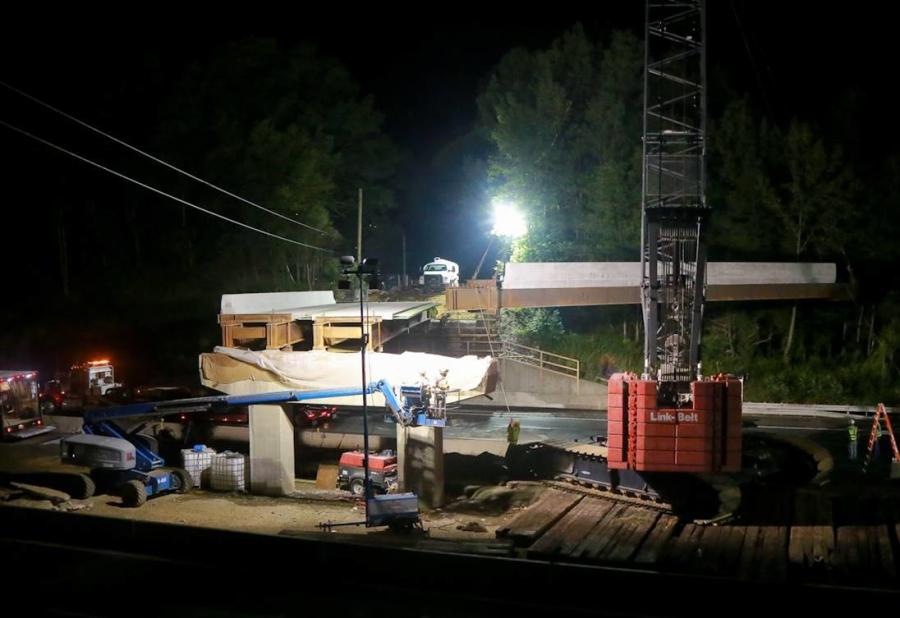 "The new abutment faces are behind the existing pier columns so the opening for I-84 is increased, improving safety. The reduced span length of the bridge and elimination of all roadway joints means that there will be reduced maintenance required. This is a massive win-win, with less cost in the near and long term, reduced construction schedule and a full structure with a 75-year expected service life," he said.

Middlesex and Lochner were chosen as a team and have experience working together on other jobs.

"We have a history of working together on design-bid-build projects, most recently on CTfastrak and CTrail," Byrne said. "This was our first opportunity to work together on a design-build."

"Lochner has been an integral partner to Middlesex from the original statement of qualifications through the construction operations," Kristensen said. "They have developed complete and constructable designs and supported the construction for Middlesex and CTDOT personnel."