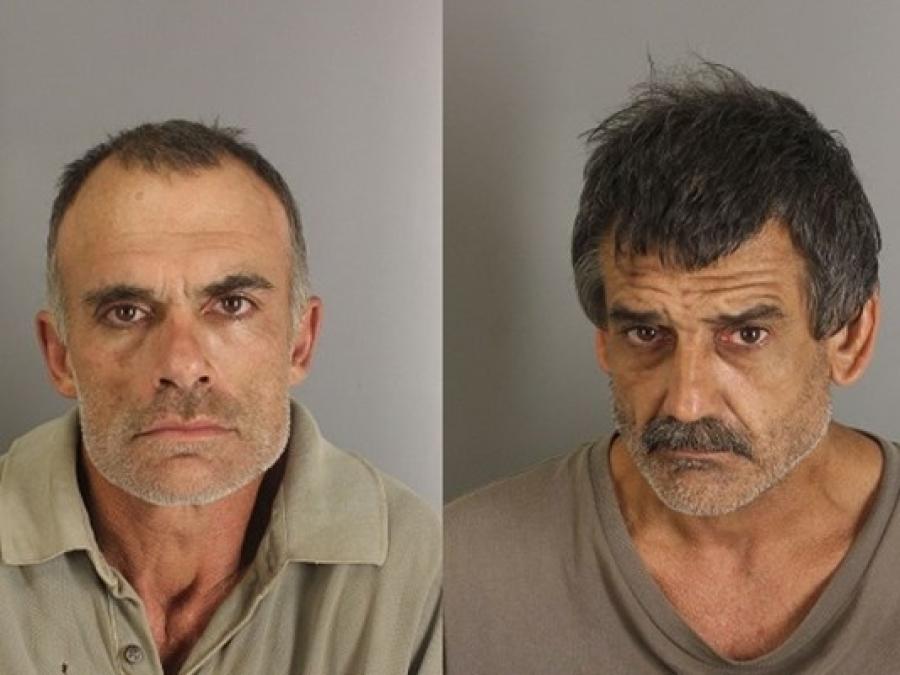 James Hoffpauir, 52, and Arlington Wood, 49, both of Vidor, are charged with third degree felony theft.

A southeast Texan who knew something just wasn't right is credited with helping sheriff's deputies catch two men who stole a very expensive piece of equipment from Jefferson County.

Jefferson County Sheriff's Office Captain Crystal Holmes told 12News a citizen saw the men with the stolen excavator just before 2 a.m. Thursday on Boondocks Road. When deputies arrived they found the men with the Kubota Mini excavator, which was stolen from a Jefferson County Drainage District 6 work site on Highway 124 near Taylor Bayou. The trailer on which the excavator was sitting was also stolen. It was taken from a business in Winnie.

Captain Holmes said the person who called dispatch knew something wasn't right. She said the citizen knew equipment isn't usually moved around at that time in the morning so they called to have a deputy check it out.

“Thanks to this alert citizen, deputies were able to recover this property and make an arrest. We depend on the knowledge and involvement of citizens in their own community to be our eyes and ears when we can't be there,” said Captain Holmes.

A representative of DD6 told 12News the replacement value of the excavator is around $45,000.

The two suspects, James Hoffpauir, 52, and Arlington Wood, 49, both of Vidor, are charged with third degree felony theft. Captain Holmes said both men are suspects in several other thefts in surrounding counties.