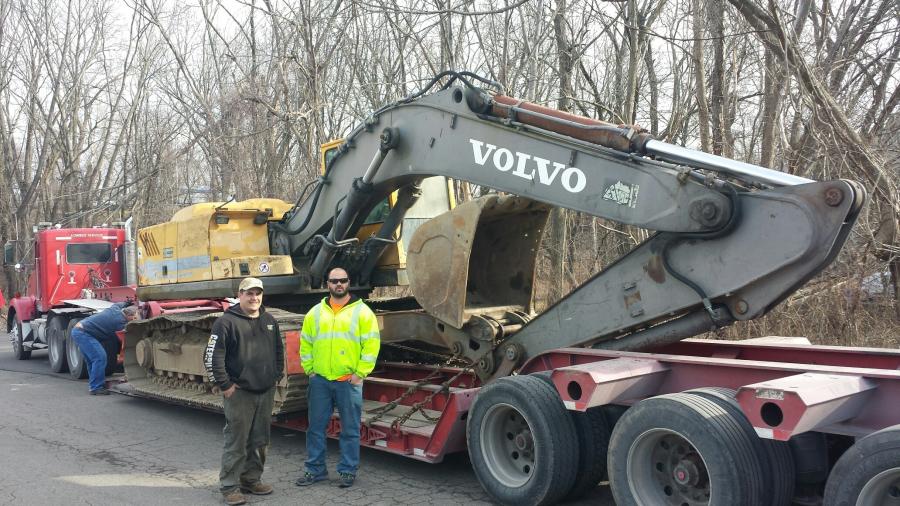 Mike Randazzo and Louis Sanzaro with their Volvo excavator, one of the centerpieces of their equipment fleet.

Hartford, Conn.'s, Mike Randazzo and Louis Sanzaro both grew up in the construction industry: Randazzo in the new home construction and excavating sector and Sanzaro in landscaping. Following stints in the U.S. Marine Corp — Randazzo served from 2010 to 2014 with a deployment to Afghanistan while Sanzaro served from 1999 to 2003 during the invasion on Iraq — the two decided to start a business.

Corps Materials, which was founded in March 2016, started the way many companies do … with an old excavator. A wheel loader soon was added, and the friends got busy doing local site work and some material handling. Then came a truck, and their list of services grew again, as did a reputation for hard work and honesty. 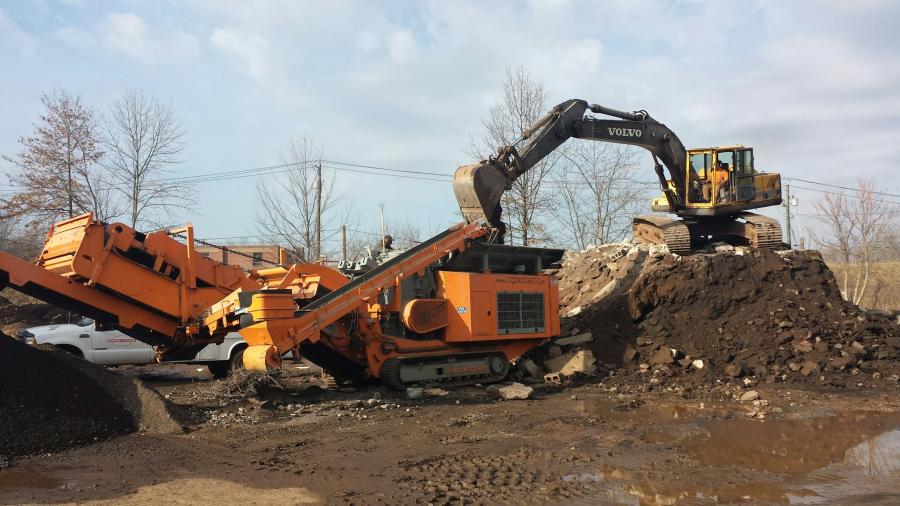 As the volume of materials that they handled grew, their need developed for a yard where they could stockpile both virgin and demolition materials, such as torn up asphalt and concrete that had to be pulled away from jobs as they went along.

In 2018, the pair landed some larger projects such as the construction of the Beam Brook Animal Hospital in Weathersfield, Conn., and some high-end residential projects started to put their newly formed company on the map.

Along with that, the stockpile of construction demolition debris in their yard continued to grow.

"The great part about renting this impact crusher from Equip Sales and Leasing was that it came with an experienced operator," Randazzo said. "The Rockster R900 was initially an expensive, intimidating machine, and being able to rent it with an operator and have it brought into our yard to turn our stockpiles of construction demolition into usable aggregate was very appealing.

"Even with the cost of the rental and the operator, we started to turn a pile of discarded junk in our yard into cash. The machine was making a couple of different products for projects that we were working on, including a very nice 4-inch minus product and a 1-inch minus product.

"I was impressed to find out that if need be, the machine could make up to three different products in a single pass. It was very mobile and very fuel efficient, which made it cost-effective. Right away, we knew that we needed to own one."

The two started a search process, investigating the many different portable tracked crushers that are available in today's marketplace, and in the end, they ended up making the purchase of the Rockster R900 impact crusher. 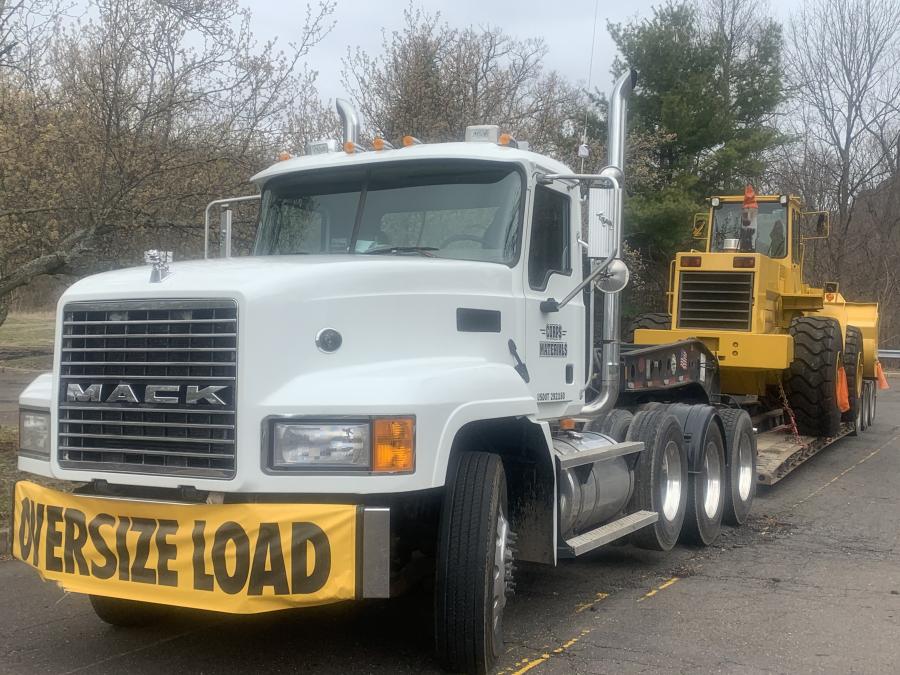 "There are just features with the Rockster that we could not find anywhere else," Randazzo said, citing the ability of the impact crusher to be adapted to become a jaw crusher when the conditions call for a jaw.

"When we get into extremely hard rock like granite or trap rock, we prefer to use a jaw approach to break the stone, and the Rockster gives us that flexibility."

Corps Materials' history and relationship with the people at Equip Sales and Leasing also helped in the decision-making process.

"Right from the start, they were willing to do things that no one else was willing to do, such as renting us a machine with an operator. That took so much pressure off us, particularly during our first attempt at crushing. As we moved closer to purchasing, their operator became our trainer.

"Since we made the purchase, Equip Sales and Leasing has always been there for us, whether it's parts or needing a service technician, they have never let us down."

And according to Randazzo, the crusher has run failure free, with the exception of situations created by human error.

"Right out of the gate, the Rockster has been a center of profit for us. The Cat power plant has operated trouble free 50 hours a week since the day we purchased it."