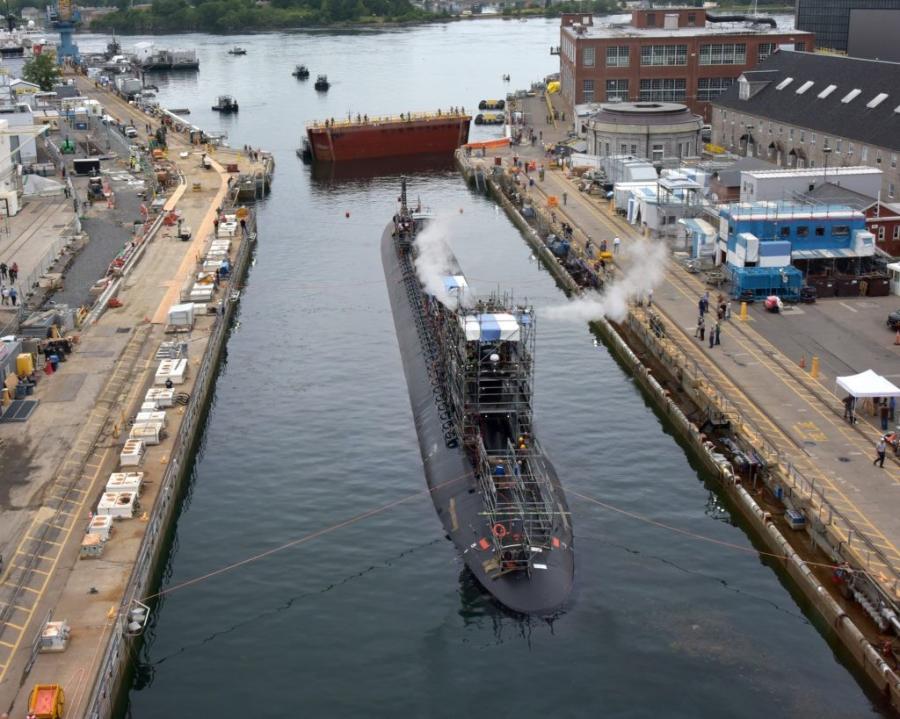 As a major step in its two-decade plan to upgrade and modernize its shipyard capacity and capability, the U.S. Navy has awarded a hefty construction contract for a multi-mission dry dock at the Portsmouth Naval Shipyard (PNSY) in Kittery, Maine.

The Naval Facilities Engineering Systems Command, Mid-Atlantic, based in Norfolk, Va., awarded a $1.73 billion firm-fixed-price contract for construction of the dry dock to 381 Constructors, an Omaha, Neb.-based joint venture of The Industrial Company (TIC), a Kiewit subsidiary, with Cianbro Corp., located in Pittsfield, Maine, and The Middlesex Corp., of Littleton, Mass. The contract information was announced the Defense Department.

The funds will be disbursed in increments over a seven-year period, noted Seapower, a magazine published by the Navy League of the United States.

The Navy expects to see completion of the dry dock improvements by June 2028.

PNSY is a Navy-owned shipyard which specializes in the repair, modification, and overhaul of nuclear-powered attack submarines. The upgrades are part of the Navy's $21 billion Shipyard Infrastructure Optimization Program (SIOP), a 20-year effort to modernize its four shipyards. The service's other three facilities are the Norfolk Naval Shipyard, in Portsmouth, Va.; the Puget Sound Naval Shipyard, in Bremerton, Wash.; and Hawaii's Pearl Harbor Naval Shipyard.

"Our naval shipyards need these major modernization efforts to sustain our ability to maintain our nuclear submarine fleet," noted Vice Admiral William Galinis, commander, Naval Sea Systems Command (NAVSEA), in an Aug. 16 press release. "The Navy needs combat-ready ships and submarines to go where they're needed, when they're needed, and these major upgrades and reconfigurations at our naval shipyards will enable the fleet to meet its future missions."

Seapower reported that the seven-year project at the 300-acre Portsmouth, Maine, facility will construct an addition to Dry Dock 1 within the existing flood basin area, as well as the installation of new concrete floors, walls, pump systems, caissons, and other mechanical and electrical utilities — all geared toward enhancing the 221-year-old shipyard's ability to handle multiple Los Angeles-class and Virginia-class submarines.

"We look forward to getting this critical construction mega-project under way," explained Rear Adm. John Korka, commander, Naval Facilities Engineering Systems Command, and Navy chief of Civil Engineers. "This project — and other work being planned at all four of our naval shipyards — is one of the most significant and direct contributions that our systems command team can make to enable our Navy's lethality and maximize its readiness for many years to come.