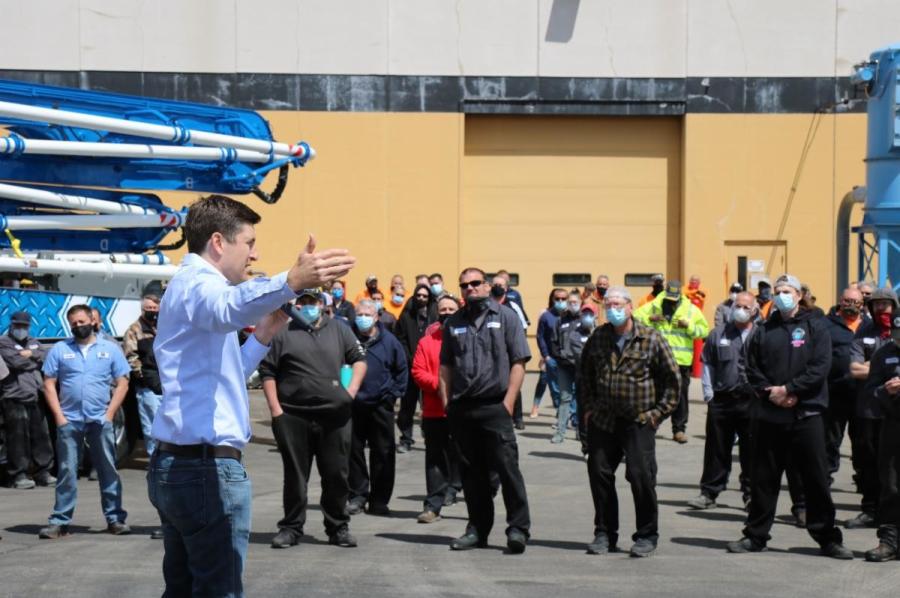 The Association of Equipment Manufacturers (AEM) and Putzmeister hosted U.S. Congressman Bryan Steil (R-Wis.) on May 7, where Rep. Steil met with Putzmeister America employees and participated in an employee townhall.

Steil also toured the company's Sturtevant, Wis., facility while discussing the most pressing public policy issues facing Putzmeister America and other equipment manufacturers as the industry continues to navigate the impact of the pandemic.

"Our manufacturing industry creates thousands of family-supporting jobs here in southeast Wisconsin," said Steil. It was great to join the Association of Equipment Manufacturers and the men and women of Putzmeister America to see their work firsthand and listen to their priorities. Now, more than ever, we need to support manufacturing jobs and ensure workers can get back into the workforce.

I Make America, AEM's national grassroots campaign, works throughout the year to host elected officials and other policymakers at member companies' facilities across the United States. Putzmeister America, a manufacturer of concrete and material placing equipment, is located in Sturtevant. Employees asked the Congressman about a variety of issues, including the need to make a significant investment in our nation's infrastructure, remove harmful tariffs on steel and build a 21st century manufacturing workforce.

"It was a pleasure to host Congressman Steil and provide the opportunity for him to meet the hard-working men and women that make Putzmeister such a major part of manufacturing in SE Wisconsin," said Bob Bartholomew, president and CEO of Putzmeister America Inc.

"Through efforts like this event, our team members hope to impress upon Congressman Steil the great opportunity he has to influence important decisions in Washington that impact Putzmeister and other area manufacturers. Trade and workforce development decisions are critical for companies like Putzmeister and directly influence our ability to continue to provide good, well-paying jobs that support families and strengthen the communities where we are located."

If you would like to get involved with the I Make America campaign and help advocate for the policies that are critical to the equipment manufacturing industry's long-term growth and economic prosperity, contact Wade Balkonis at [email protected] 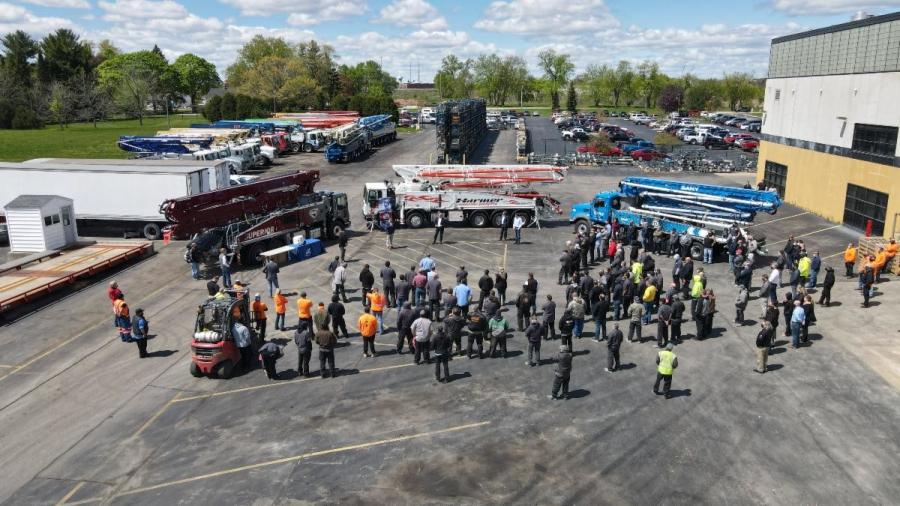 Congressman Bryan Steil toured the Putzmeister's Sturtevant, Wis., facility while discussing the most pressing public policy issues facing Putzmeister America and other equipment manufacturers as the industry continues to navigate the impact of the pandemic. (Putzmeister America photo)