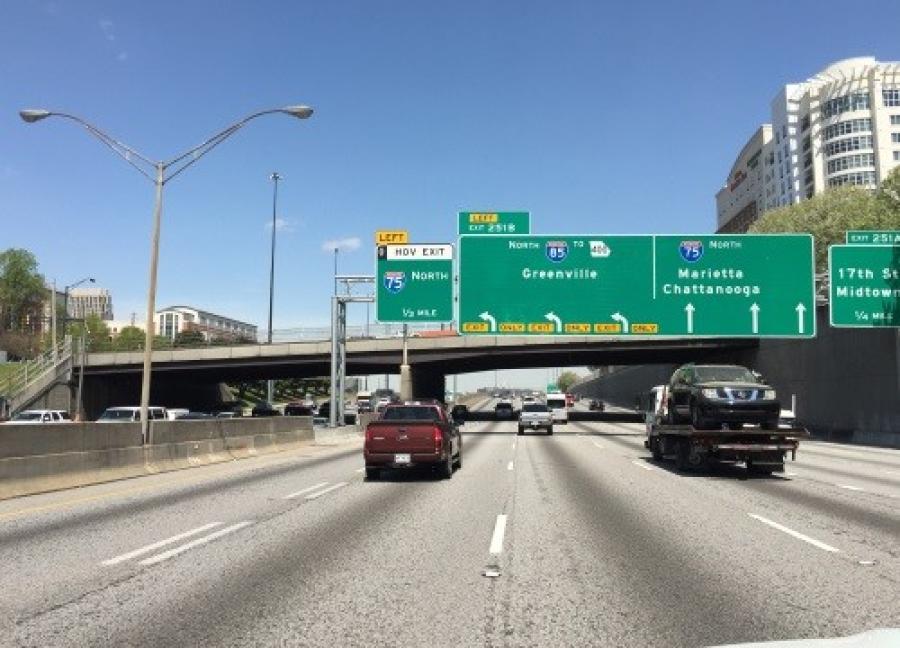 The USDOT proposed to issue a more than $184 million Infrastructure for Rebuilding America or “INFRA” grant on June 29.

The USDOT proposed to issue a more than $184 million Infrastructure for Rebuilding America or “INFRA” grant on June 29 to build additional dedicated express lanes on state Route 400 in Georgia, which is a major commuter route for Atlanta residents.

GDOT said in a statement that it projects that these lanes will reduce delay by more than 19,000 hours per day along the SR 400 corridor by 2030 and will “play a critical role” in helping improve mobility in a corridor that is “vital to connecting people, jobs, and freight.”

GDOT added that the project will connect with the SR 400 and I-285 Interchange Reconstruction project in Fulton and DeKalb Counties using approximately 8 mi. of collector-distributor lanes currently under construction.

There are nine proposed access points for the express lanes, including three full interchanges, and six locations with slip lanes, the agency noted, and the project area also includes 22 bridges, approximately half of which will be replaced or widened.